Jonesboro native Bruce Sanderson has never forgotten the Hippocratic oath. “First cause no harm.” That has guided him as a physician from his early days as an intern and resident, and it is what makes him an outstanding diagnostician with a booming aesthetic practice.

Dr. Sanderson graduated from Arkansas State University with a bachelor of science degree in biology and a chemistry minor. He says, “I wanted to know how to take care of sick people.” It is something he does day-to-day at his medical practice in the Doctors Building in Little Rock. Combined with his expertise as an internist, Dr. Sanderson uses the same sharp-eyed approach to reverse the hands of time on his aesthetic patients.

Dr. Sanderson’s path to this type of medicine starts with a stint in the United States Air Force. Since the USAF paid for medical school at the University of Arkansas for Medical Sciences, he gave them five years of service. His residency was in Biloxi, Miss., where he met and married the woman of his dreams. The former Sally Simmons was the recreational director for the American Red Cross. They moved to North Little Rock where he served as the interim vice-commander and chairman of the department of medicine of the hospital at the Little Rock Air Force Base. He later opened his Little Rock internal medicine practice and helped establish the first Arkansas inpatient physical and rehabilitation medicine facility in 1981. Problem solving has always been a strong suit for him.

He and Sally have two daughters, one of whom, Natalie, works alongside Dr. Sanderson at his cosmetic practice, Lasercare Skin Clinic. Older daughter Lauren, a web designer who designed his website, lasercareskinclinic.com, does the social media for the practice from her home in Los Angeles. 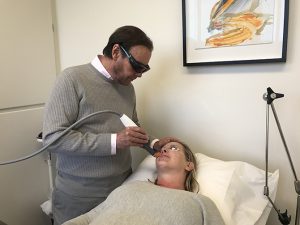 It’s how Dr. Sanderson began his aesthetic practice that isn’t typical. He had been referred to a world-renowned cosmetic dermatologist in Beverly Hills, Calif., who diagnosed and then treated him for an extensive facial skin cancer in 2004. The physician is known for taking care of international celebrities who travel the globe to see him. He told Dr. Sanderson, “There is no reason you couldn’t do this yourself” in regards to an anti-aging practice. Dr. Sanderson invested in the same equipment and technology and opened Lasercare Skin Clinic. Dr. Sanderson continues to broaden his base by attending seminars and shadowing physicians in Beverly Hills, Miami, Chicago, Las Vegas, Austin, Paris, and Harvard University under the leading and pioneering physicians in the medical aesthetic industry.

Dr. Sanderson set up Lasercare Skin Clinic to provide Arkansans with “Beverly Hills skin care at Little Rock prices.” He quotes Mae West when he says, “You’re never too old to become younger.” Men and women from all over the world travel to see him.

The technique he uses with the laser is both creative and unique. His peers in the industry have respect for him. He has been voted by social publications in several categories for “best” in skin care and treatment. He is a perpetual student; he continues to seek out training for skin procedures that provide the finest results. 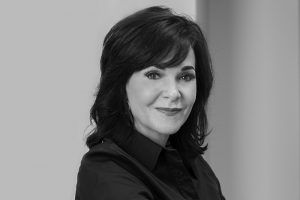 LISA FISCHER
“I credit my smooth skin to the use of Dr. Sanderson’s lasers and Natalie’s anti-aging treatments.”

Natalie Sanderson came to Little Rock to work at Lasercare Skin Clinic after she graduated at the top of her class from one of the most prestigious aesthetician schools in New York City. Dr. Sanderson was so busy that he needed someone to help lighten his load. He says, “Natalie is accomplished with her work for body shaping, micro-needling with radio frequency, hair removal, tattoo removal, and now with Ultherapy.” That is the procedure that Christie Brinkley has made famous. With that technology, Natalie can tighten the jawline, eliminates jowls on men and women, tighten the neck area, and smooth out wrinkles on the face and forehead. The laser that Dr. Sanderson has plus Ultherapy is what celebrities are using to avoid costly and risky surgical procedures.

When is too young or too old to see Dr. Sanderson or Natalie? His youngest patient was a nine year old with telangiectasia, better known as those pesky red veins on her face; the oldest is 93. He eradicated my own son’s cystic acne when he played football in high school (a common complaint of moms is seeing their athlete sons with acne where the helmet covered). Plus my son used the skin care products and now at 23 he has beautiful skin, and he’s a redhead. They often complain of complexion woes.

Speaking of acne, that is also a common use of his laser, after anti-aging. Dr. Sanderson has one patient who was in dire need of help with her acne. She was in her early 50s and had been told by her dermatologist after six rounds of Accutane (yes, six rounds!) that there was nothing more that could be done for her. On a chance, she approached Lasercare Skin Clinic for help. She first went to Natalie for treatment for LED light therapy and then went to Dr. Sanderson for the laser. 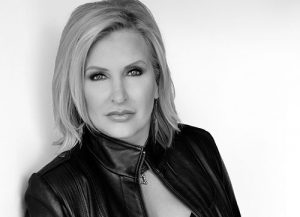 HEATHER BAKER
“I have tried other things to treat skin imperfections that didn’t work. I am baffled how easy it has been with zero downtime. I look forward to my remaining five treatments with Dr. Sanderson.”

The team immediately treated and stopped the acne and reversed the scarring. Her husband came to personally thank Dr. Sanderson in his office for restoring his wife’s self-esteem. He recently acquired a new upgraded laser which is the second machine sold in the United States.

Dr. Sanderson has made a name for himself in the anti-aging industry with this unique laser-settings that he has concocted to provide patients with the best results with the least amount of discomfort and downtime. It’s been the best investment to have had Dr. Sanderson treat my skin and my family member’s skin including my mother, a daughter, my son and two of my nieces.