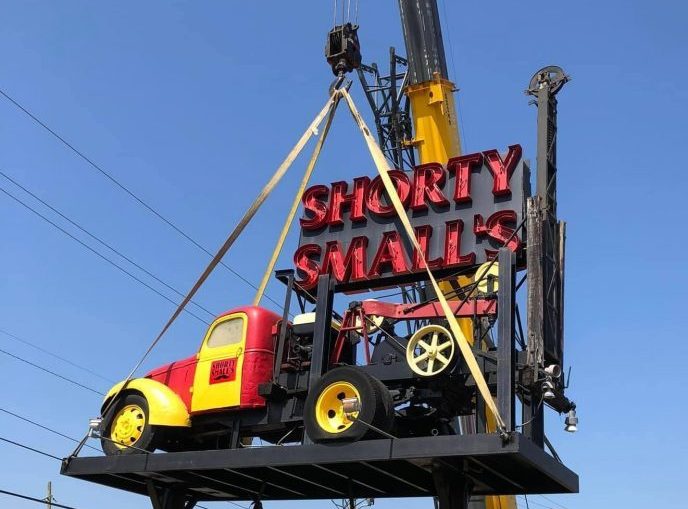 By now a couple of online media sites have shared the photo of the iconic Shorty Smalls truck sign being removed from its location where it sat for more than 40 years on Rodney Parham & Shackleford. Indeed it was certainly a memorable sight as a kid driving through Little Rock. Although I have never had the opportunity to try those signature jumpin-off-the-bone tender ribs, the name Shorty Smalls has always been a familiar one when the discussion of BBQ comes to the table.

Back in February of this year managing partner David Rackley made the public statement announcing that they would be relocating their stores here in Little Rock and in Branson. Another location in Jonesboro has also been permanently closed, with no plans to relocate that have been made available to the public.

We reached out to Rackley who says that “they are still evaluating options for a new location in the greater Little Rock area.” Rackley also confirmed the sale of the property which was reported on earlier by Arkansas Business, that stated that the property was now under new ownership after selling for $1.3 million to Rodney Parham Building Co. LLC, led by Cory Davis. The sellers were Paul Kreth and Tammy Anderson Parker.

AY will continue to report on updates for this story as they develop.