Wellness Wednesday: Social Media and Its Impact on Your Mental Health

Over the past decade, social media has grown to have an outsized impact on virtually everyone’s life. Even for those who are unplugged from social networking sites, social media companies wield a tremendous influence over daily life across the globe.

Social media serves a worthy purpose – connecting people regardless of distance, beliefs, cultures, nationalities and more. In theory, social media is an equalizer, to bring people together.

However, there have been negative side effects to the rise of social media. One of those side effects has been the impact that it can have on individuals’ mental health.

Studies have linked social media usage with significant mental health disorders, include depression and anxiety. An article published by the U.S. National Library of Medicine National Institutes of Health states that there has not been definitive conclusions about the connection between social media and mental health because of how new social media is. In fact, the institute indicated that there are positive effects to social media when it is used to maintain social connections with family and friends. The negative impact tends to creep in when venturing beyond those bounds. “Extensive use of SNS outside these circles might weaken existing close family and friend interactions and increase feelings of loneliness and depression,” the article reads.

Younger individuals, including teenagers, seem to be at a higher risk of mental health issues due to social media, according to some studies. The American Psychological Association revealed that researchers found a “substantial increase” in depression and psychological distress in teenagers after 2010, compared to teenagers in the mid-2000s, when social media was less prevalent. 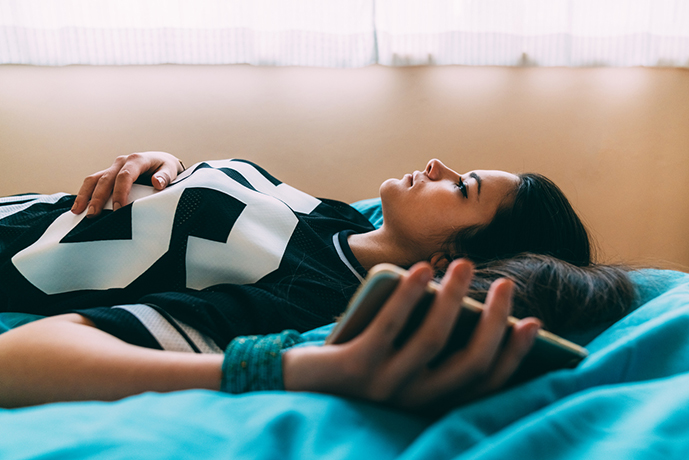 The APA study’s lead author, Jean Twenge, used data culled from the National Survey on Drug Use and Health to determine the rate of teenagers experiencing mental health issues. Twenge attributed “cultural trends,” such as social media, as having a “larger effect” on modern teenagers.

At the Child Mind Institute, researchers have several theories on how social media use is impacting teenagers. These include decreasing the amount of physical activity and exercising, lowering self-esteem due to constant comparisons to carefully composed social media pictures, and FOMO, or fear of missing out.

These researchers also noted the lack of conclusive links between social media and mental health issues but advised parents and teenagers to take steps to recognize problems. They suggested balancing social media use with other offline activities, turning off phone and app notifications, instituting phone-free time before sleep and teaching teenagers how to wisely use social media.

Turning off phones before bed will have a two-fold impact for teenagers and adults. In addition to reducing potentially hours scroll time and lost hours of sleep, it will limit the impact of your phone’s light, which can reduce your sleepiness. As a result, you will likely get a better night’s sleep.

Despite common warnings about the dangers of social media, there are still not hard facts about the impacts it can have on mental health. However, there is evidence to suggest that it has an impact, especially on younger people. It is critical to be mindful of the amount of time you spend on social networking sites and how they make you feel.

Used judiciously, social media can be a wonderful time. When it gets out of hand, though, it could become a detriment to your health.