Take a walk down Little Rock’s South Main Street, now known as SoMa, and you will notice a change. The neighborhood, located just on the outskirts of downtown, is steeped in history, and it’s in the midst of a revival. And while many factors have contributed to this rebound, the food and drink industry and the small business owners behind it are helping lead the charge.

“When we first moved to the neighborhood in 2015, I felt like it was still in the beginning stages of the movement in SoMa,” says Bart Barlogie, co-owner of Raduno Brick Oven & Barroom. “I saw an opportunity to put Raduno in the midst of it, and I took it. I will say the first couple of years were certainly difficult as people still considered this neighborhood as possibly unsafe. As time went on, different businesses started opening up left and right. Watching this growth has been extremely exciting, not only personally, but also for Raduno.”

Raduno, which specializes in Italian food offerings like pizzas, sandwiches, and salads and boasts a beer selection that rivals any in town, is now considered a veteran on the block. Barlogie, who also co-owns the popular The Fold: Botanas & Bar in Riverdale, knows the challenges and rewards of restaurant ownership, especially in SoMa.

“While opening a restaurant in Riverdale certainly had its hardships, it helped having a string of established restaurants nestled between two of the oldest neighborhoods – Heights and Hillcrest – in the city.”

Barlogie goes on to explain how SoMa was different: “Riverdale had plenty of traffic, but, in 2013, SoMa was still struggling. That said, SoMa, in my humble opinion, is becoming one of the most unique and best neighborhoods this town has to offer.” 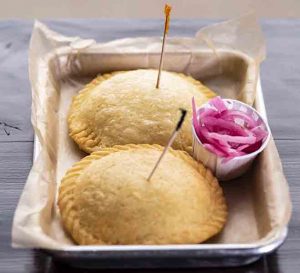 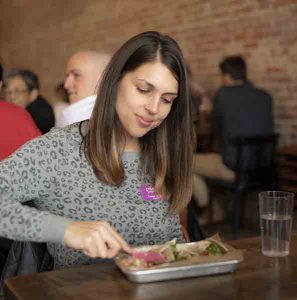 Jack Sundell, co-owner and operator of The Root Cafe, also understands the unique appeal of the neighborhood, so much so, that he recently opened a second restaurant just down the street called Dos Rocas Beer and Tacos. For Sundell, the difference in the neighborhood from the opening of his first restaurant nine years ago to the second has been night and day.

“When we signed a lease for The Root back in 2010, I don’t think people thought of SoMa as a destination for food and cultural activities; I’m not even sure people in SoMa had started calling it that. Now SoMa always gets a positive mention any time someone writes or talks about the neighborhoods of Little Rock,” Sundell says.

Fortunately for us, SoMa’s restaurant scene covers the full spectrum of culinary delights. The Root Cafe offers a true farm-to-table dining experience with popular dishes like Eggs Banh Mi and Tofu Scrambler for breakfast and a toasted curry chicken salad sandwich and shiitake mushroom burger during lunch. Both services are counter-ordering, then the restaurant transitions into a sitdown service with a different menu in the evening hours. Dos Rocas Beer and Tacos has brought a Latin American flair to the area with a menu serving up empanadas, pupusas, and tacos.  Another mainstay, South on Main, is not only known for its Southern fare and craft cocktails, but also as one of the best music venues in town with concerts throughout the week. Sipping on an Old Fashioned with a plate of seared catfish and grit sticks nearby while listening to a local artist, makes for a memorable night out on the town. These restaurants, along with Raduno, give patrons four dining destinations that all exude the welcoming, neighborhood vibe so commonly associated with SoMa. 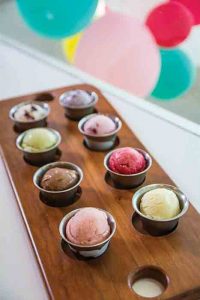 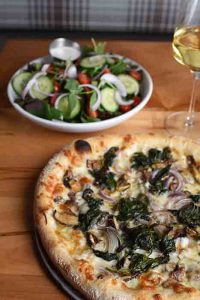 Restaurants aren’t the only eateries in SoMa. Late night crowds know all about Midtown Billiards, the no-frills hangout and home to one of the best burgers in Little Rock, while early risers love the baked goods and delicious coffee coming out of both Community Bakery and Boulevard Bread Company. The beautiful Atlas Bar is SoMa’s newest addition and just down the block is Core Public House a craft beer taproom and Rock Town Distillery, offering guided tours, tastings and a full bar with cocktails centered around house-made bourbon, vodka, rum, gin and coffee liqueur, now calls SoMa home. Don’t forget about our only artisan ice cream maker in Little Rock, Loblolly Creamery, and its beloved shop right in the middle of everything at 1423 Main Street. Folks come for favorite flavors like salted caramel, double vanilla, and fresh mint chip. Loblolly also has the ability to partner with other SoMa restaurants and bars.

“Rock Town Distillery sells our Rock Town Bourbon Marshmallows. Raduno gets our ice cream for specials from time to time, and The Root and Dos Rocas use our house-made maraschino cherries,” says co-owner Sally Mengel.

SoMa is also home to the Arkansas Cornbread Festival, an event that’s been going strong since 2011. Thousands of people come to South Main Street in late October for a Saturday filled with food, fun and entertainment, while supporting a festival that helps showcase neighborhood businesses. The Bernice Garden Farmers’ Market on Sunday mornings is also a big draw and starts back up this month.

Food and drink take center stage in most communities. While this is no different in SoMa, the positive change isn’t limited to the culinary scene. The ESSE Purse Museum, the only one of its kind in the country, calls SoMa home, as do local businesses like Electric Ghost, Moxy Modern Mercantile, M2 Gallery, Southern Blonde and Co. and The Green Corner Store. Simply put, the future looks bright for the neighborhood. 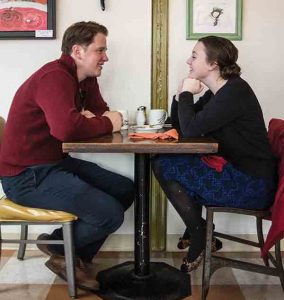 “One of the great things about SoMa is that it has the physical potential to grow. I envision someday a thriving business district that stretches from Interstate 630 all the way to Roosevelt, with lots of three-dimensional growth on side streets,” says Sundell. “There are currently two large developments in the works – a large apartment complex in the parking lot behind EZ-Mart and a mixed-use building at 15th and Main. More residents in the neighborhood will support more businesses, and more businesses will attract more residents. I think we’re just scratching the surface of SoMa’s potential.”