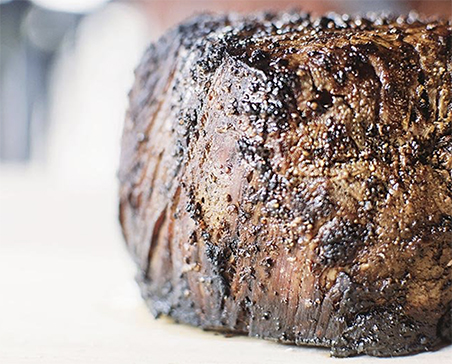 It’s still September, and steaks and bourbon are still firmly on our minds. Especially for AY Publisher Heather Baker and KARK host DJ Williams as they hunt down the best steaks in Arkansas as part of the AY Steak Bucket List.

This week, they won’t have to go far to find a delicious steak. It’s right downtown in Little Rock.

“Once again, we’re still on bourbon and whiskey month, and that takes us to Sonny Williams, right down here in the River Market,” Williams says.

Now in its 20th year, the steakhouse features steaks cut from aged Angus beef, which have been aged between 35 to 41 days. Co-executive chefs Ben Lindley and Todd Weber prepare the restaurant’s award-winning menu, which ranges from seafood to game, and of course, steak.

The steakhouse offers filets ranging from 6 to 12 oz., along with ribeyes, a New York strip steak, a bone-in cowboy ribye and a porthouse (for one or two). 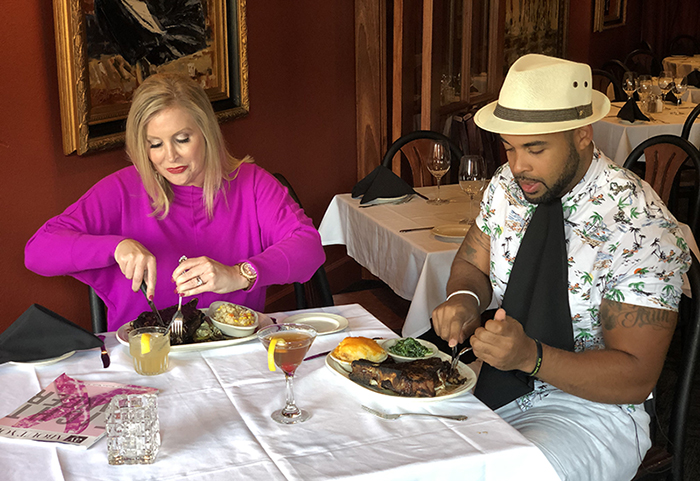 For today, Baker and Williams are trying out the restaurant’s porterhouse and cowboy ribeye. And no good meal should be without a beverage, so they are trying Sonny Williams’ Manhattan martini and a Gold Rush.

Once they dig in, it’s obvious why Sonny Williams was part of the Bucket List. “I mean, the steak is incredible,” Baker says.

Part of the Sonny Williams secret is the way the restaurant prepares its steaks. They are aged, marinated in Worcestershire sauce, seared, and then plated with a pat of garlic butter underneath. The chefs then drizzle the pan drippings on top of the steak. Delicious!

As Baker says, it’s so good you could “slap your mama.”

“Sonny Williams, you can’t miss it,” Williams says. Taking another bite of steak, he adds, “Pat Walker, this one is for you.”