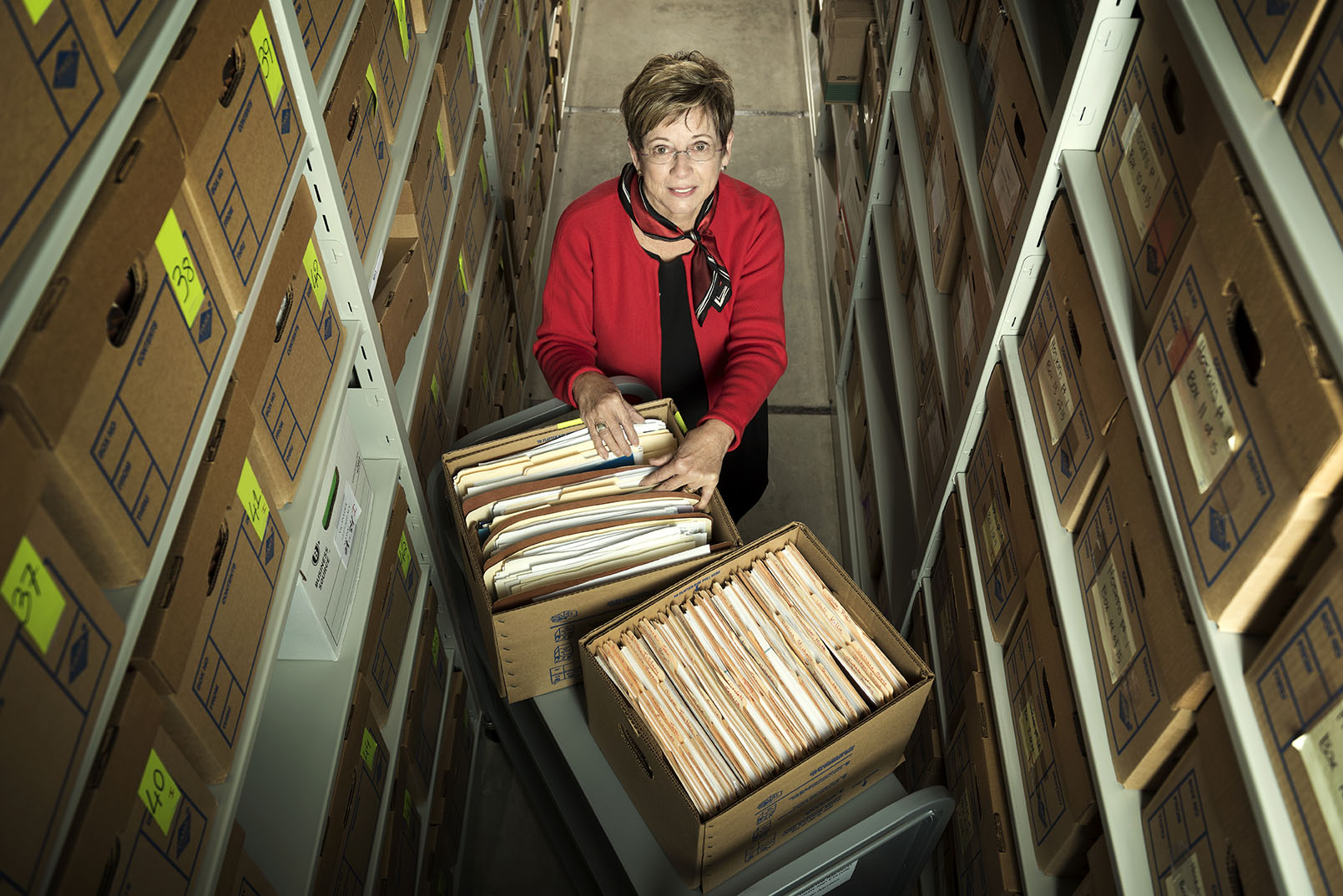 When Vic Snyder left office, he left behind a treasure trove of political papers and mementos from his seven terms in the U.S. House of Representatives – enough to fill 700 large cardboard boxes.

There are programs from events Snyder attended, invitations, letters and postcards, scrapbooks and photo albums, newspaper clippings, photos of school groups that visited Snyder at the Capitol, and of course, thousands of papers that detail his work drafting legislation, particularly his extensive work on veterans affairs.

All of the materials are at the University of Arkansas at Little Rock’s Center for Arkansas History and Culture at the Arkansas Studies Institute in downtown Little Rock. (Snyder is a graduate of the UA Little Rock Bowen School of Law.) Together, they tell stories of Arkansas and its people, and one day, those stories will be easily accessible to the public.

“Archives are not meant to be housed in dark places,” says Deborah Baldwin, associate provost for collections and archives at UA Little Rock, who will oversee the archival project. “They are meant for the general public to use – for students, teachers, scholars, for anyone.”

To help fund the project, UA Little Rock will host an old-fashioned fundraiser where Arkansans are asked to “Come if you can, give what you can.” The event, sponsored by Blue Cross Blue Shield, will be on Nov. 13 from 5-7:30 p.m. at Argenta Community Theater, 405 Main St., North Little Rock. Former Gov. Mike Beebe will speak, and guests will enjoy music by the Delta Brass Express and refreshments.

Archivists also hope to get a little help from attendees in identifying people in some of Snyder’s photos that will be displayed at the fundraiser.

Thousands of photos were amassed during Snyder’s political career, which spanned two decades. The former family physician was elected and served in the Arkansas Senate from 1991-1996. For the next 14 years, he served in the U.S. House, representing Arkansas’ 2nd congressional district, which encompasses Pulaski, Saline, Perry, Conway, Faulkner, Van Buren and White counties. Snyder retired in 2010.

Archival work will begin in January. Over the next two years, the materials will be sorted, organized and placed neatly into folders inside acid-free archival boxes and stored in the third-floor temperature- and humidity-controlled archives at the Center.

Students in UA Little Rock’s Master of Public History program, as well as other disciplines, will help with the archival work, getting some hands-on experience in the process.

“Right now we have a box-level inventory,” Baldwin says. “We know the breadth and scope of the collection, but we don’t yet know some of the details. Once we know the level of detail in certain areas, that will give us guidance in applying for grants or working with scholars on certain topics. We’re just not there yet.”

Archivists will create a finding aid that will have detailed information about the collection’s holdings. That aid will be searchable on the Internet from anywhere. Archivists also will digitize significant portions of the photos as well as other information in the collection. Teacher curriculum guides also will be developed.

“Once we’re done, we’ll build a web exhibit with information we think the general public will enjoy,” Baldwin says.

Disclosure: Writer Tracy Courage is the associate director of news and content for the University of Arkansas at Little Rock Communications and Marketing department.