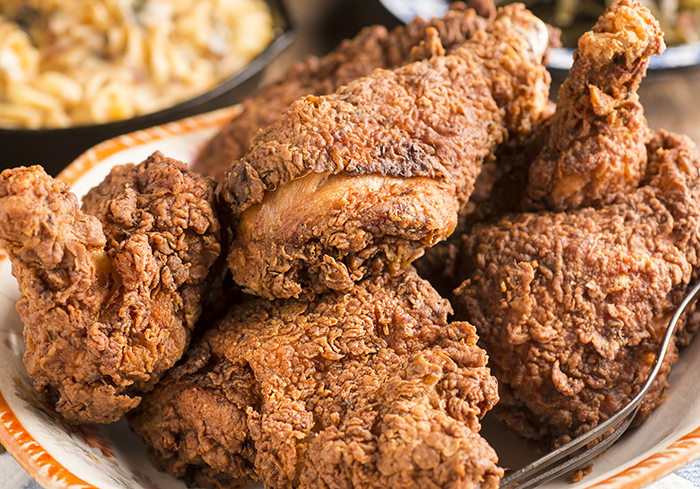 Although Trio’s, the longtime, beloved Little Rock restaurant, does not exactly specialize in Southern cuisine, folks have grown accustomed to seeing some of the classics on the rotating menu. That anticipation pertains especially to its iconic Farmers’ Market Splendor, a wildly popular vegetarian plate that coincides with Arkansas’ strong growing season, which takes place between the months of June and September. It has been on Trio’s menu for 20 years. 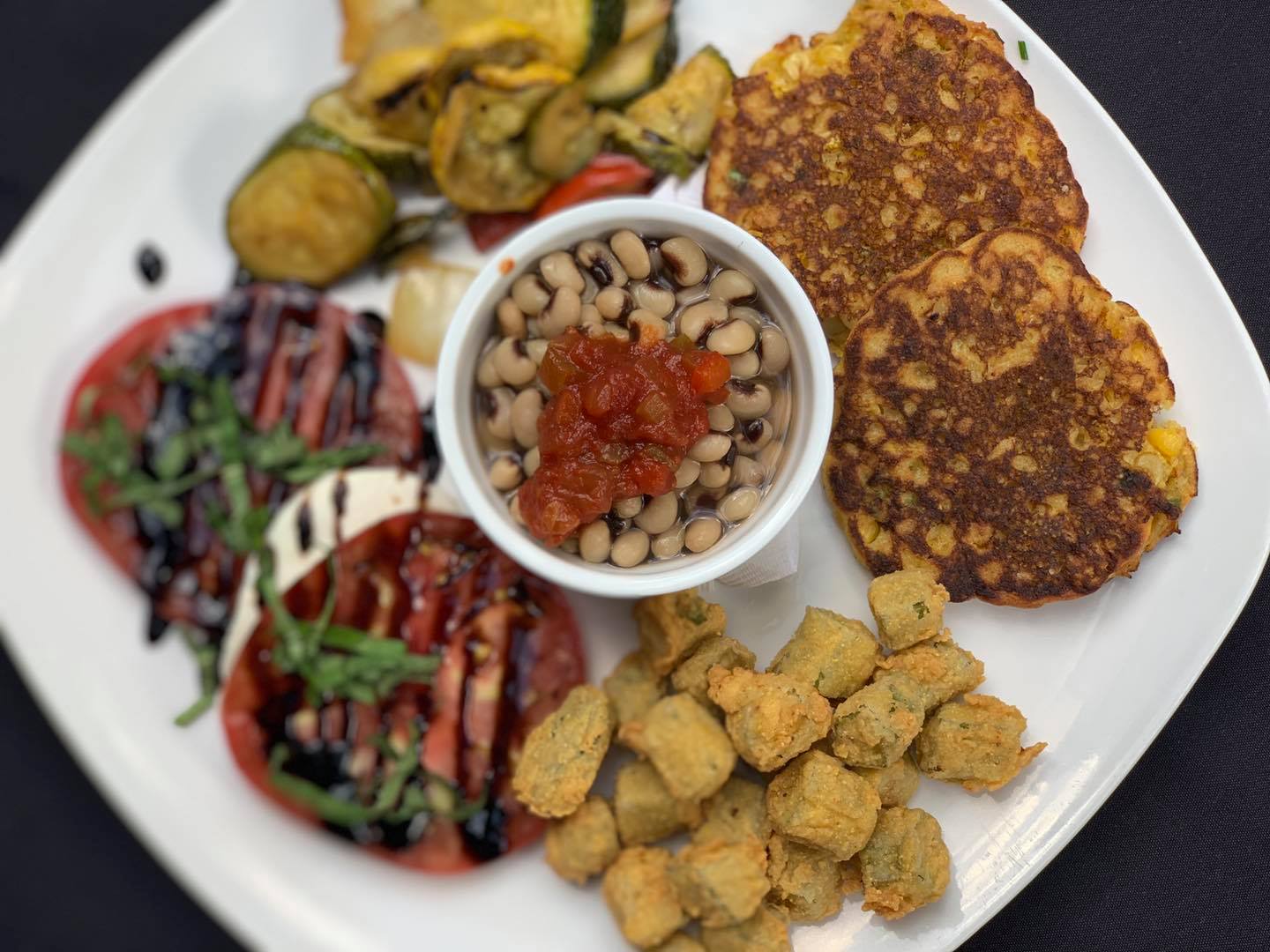 “No, we are not a Southern-themed restaurant, but we sure do a lot of Southern comfort food dishes like chicken and dumplings, shortcake and cornbread. I thought the Farmers’ Market Splendor was the best way to showcase local produce,” owner Capi Peck says.

Expect a hearty plate of Southern staple side dishes, with rotating items like fried okra, squash, Caprese with heirloom tomatoes, Esau’s sweet corn and field peas. It is all a heartwarming balance of textures and flavors, of favorites served warm and cold, and of meticulously selected ingredients.

“In the old days, I would end up going to five or six markets, and it would take me an entire day,” Peck says. “Thankfully, it is a little bit different now. I use Me & McGee Market a lot because they are such a great hub and pull from so many small farmers in the area. I like being able to go once or twice a week to see what is there and design the menu based on the best products currently in season.” 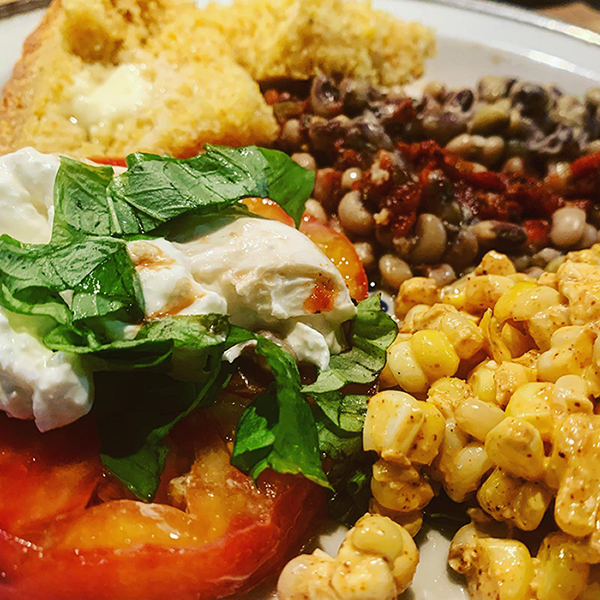 Like most great Southern food, the Farmers’ Market Splendor focuses on simple, unfussy preparation. Rather than overdoing anything, Trio’s instead relies on a bounty of local ingredients whose flavors need little enhancement in the form of added sauces or a heavy hand of herbs and spices. On a typical plate, the combination of crispy, cornmeal dredged okra with sweet corn and vibrant tomatoes is simply irresistible, but this food goes far beyond taste.

“I think part of it is nostalgia,” Peck says. “People remember growing up when their parents or grandparents had a garden, and they picked peas and pulled a tomato off the vine and took a bite. It was bursting with flavor. But I also think people enjoy the freshness of everything and the variety.”

Peck failed to mention consistency, the hallmark of Trio’s. The Farmers’ Market Splendor rarely, if ever, disappoints — a testament to the ingredients but also the restaurant’s staff. Here is to another 20 years of seeing it on the menu.

Purple Hull Peas and Cornbread at The Root Cafe

No restaurant in Little Rock captures the essence of Southern cuisine quite like The Root Café. Incorporating an overwhelming majority of local ingredients into their dishes is also a big part of the equation for this SoMa District hot spot. 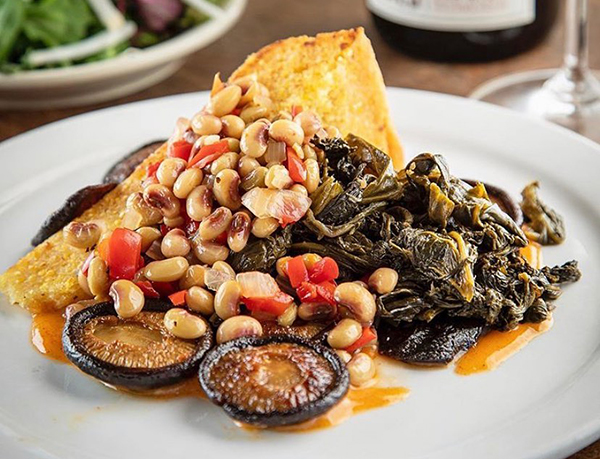 Items like meatloaf and mashed potatoes, pulled pork and mac and cheese, and biscuits and gravy are all wildly popular. But it is the purple hull peas and cornbread dish on The Root’s dinner menu that will instantly tug at your Southern cuisine heartstrings. This is comfort food at its finest, featuring award-winning cornbread, tender peas and an addictive, house-made sauerkraut, along with a side salad featuring local greens. 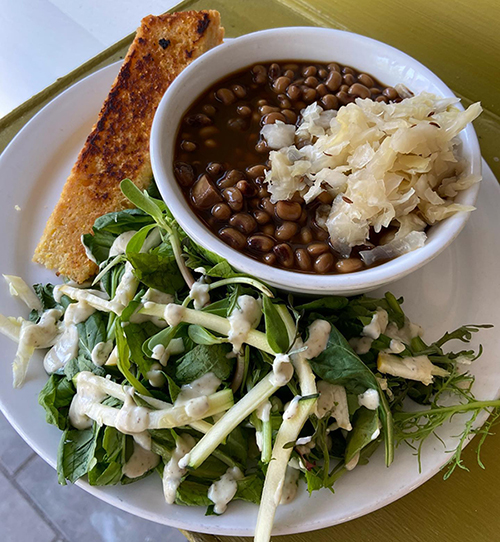 “At the moment, we have been using the peas from Kornegay Farm in Pine Bluff,” Sundell says. “They do a great job of growing enough during the season and shelling and freezing them. We are able to get the peas from them year-round. The Root Café is the three-time defending Cornbread Festival Champion, so we have been really fortunate to hold that title for so long. We use stone ground War Eagle Mill Yellow Cornmeal. Our cornbread is gluten-free and vegan. We use some highly advanced vegan cooking techniques to replace the buttermilk, eggs and butter that are normally in cornbread.”

For an additional cost, meat-eaters can even add some shaved pieces of Grass Roots Farmers’ Cooperative or Rabbit Ridge Farms ham to the plate. The cured meat proves to be a welcome addition, adding a punch of saltiness to complement the acidic kraut and subtly sweet cornbread.

For some of the very best Southern soul food around, look no further than the HallsBros2Go food trailer stationed outside family-owned K Hall & Sons Produce every other Sunday. The window opens at 11:30 a.m., but expect the line to form a good 30 minutes earlier as people dash out of their cars to get the coveted first spot. 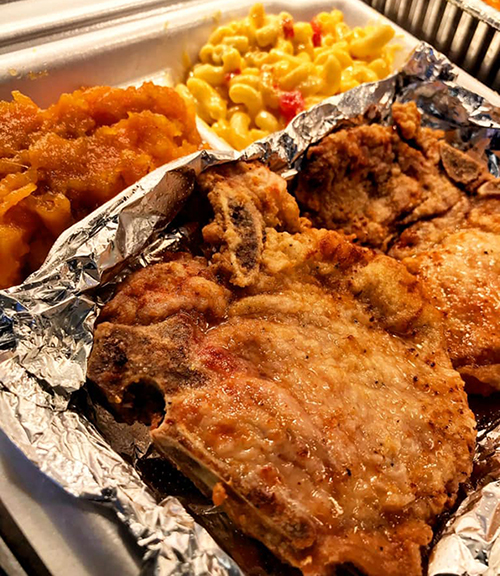 But things move fast, and during the warmer months, attendees have drinks, fans and umbrellas at their disposal. Southern hospitality happens to be a side dish for the Hall family.

The source of these long lines and wild popularity is HallBros2Go’s straightforward execution of comfort food classics. At the heart of it all is the meat and two sides plate with cornbread or roll. It is the go-to, to-go order for many.

“On the entrée side, we are always going to have fried catfish, fried pork chops and fried chicken wings,” Hall says.

Along with these standard entrées, HallBros2Go also has a rotating selection of dishes like spaghetti, roast pork, chicken and dressing and pork ribs. Ask Hall what is popular on the menu and he will give you a raised eyebrow, followed by, “Everything is.”

Hall is confident in his product, as he should be. Arrive late and run the risk of hearing the groans as your favorite dish sells out and promptly gets removed from the big board. Just about everything is at risk of going fast, and that includes many of the side items like collard greens, fried okra, macaroni and cheese, candied yams, pinto beans and cabbage. There are plenty of winning combinations to be had with the “Meat & Two” plate, but you would be hard-pressed to beat the addictive sweet and salty flavors from an order of fried catfish with the greens and candied yams. Not a fan of fish? Go with the chicken wings doused in the house-made, sweet heat “Stella Sauce,” or the Cajun turkey necks as a delightful alternative. Make sure to save some room for orders of the peach cobbler and banana pudding, two desserts that are about as Southern as it gets. Truthfully, you cannot go wrong with anything coming out of the trailer.

Ask many of HallBros2Go’s loyal patrons what is great on the menu, and you will get the same response. “Everything is.” 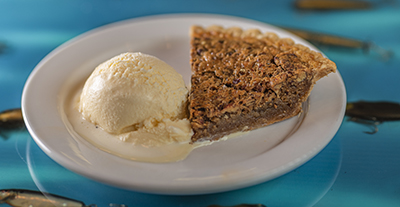 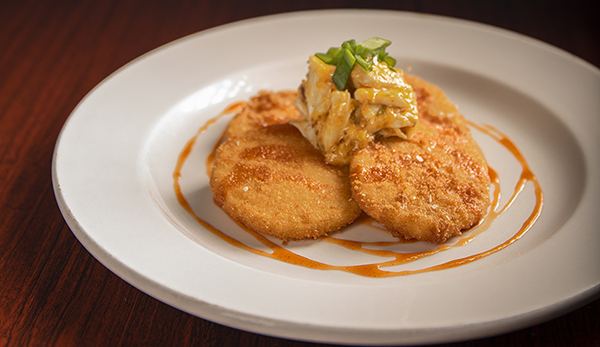 Shrimp & Grits at The Faded Rose 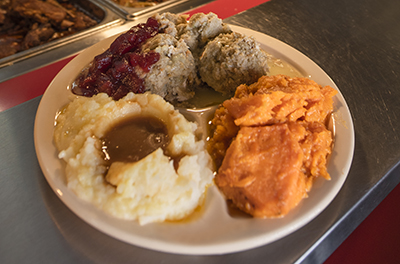 Cornbread at The Hive 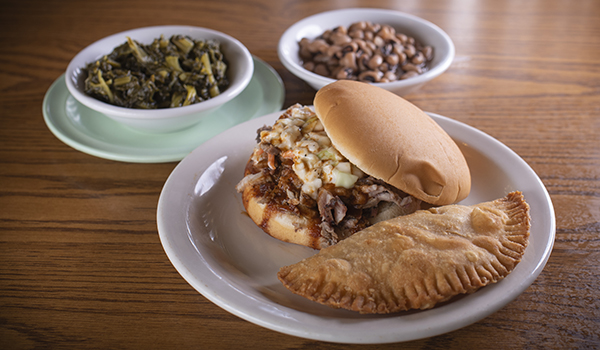 Deviled Eggs at The Pantry 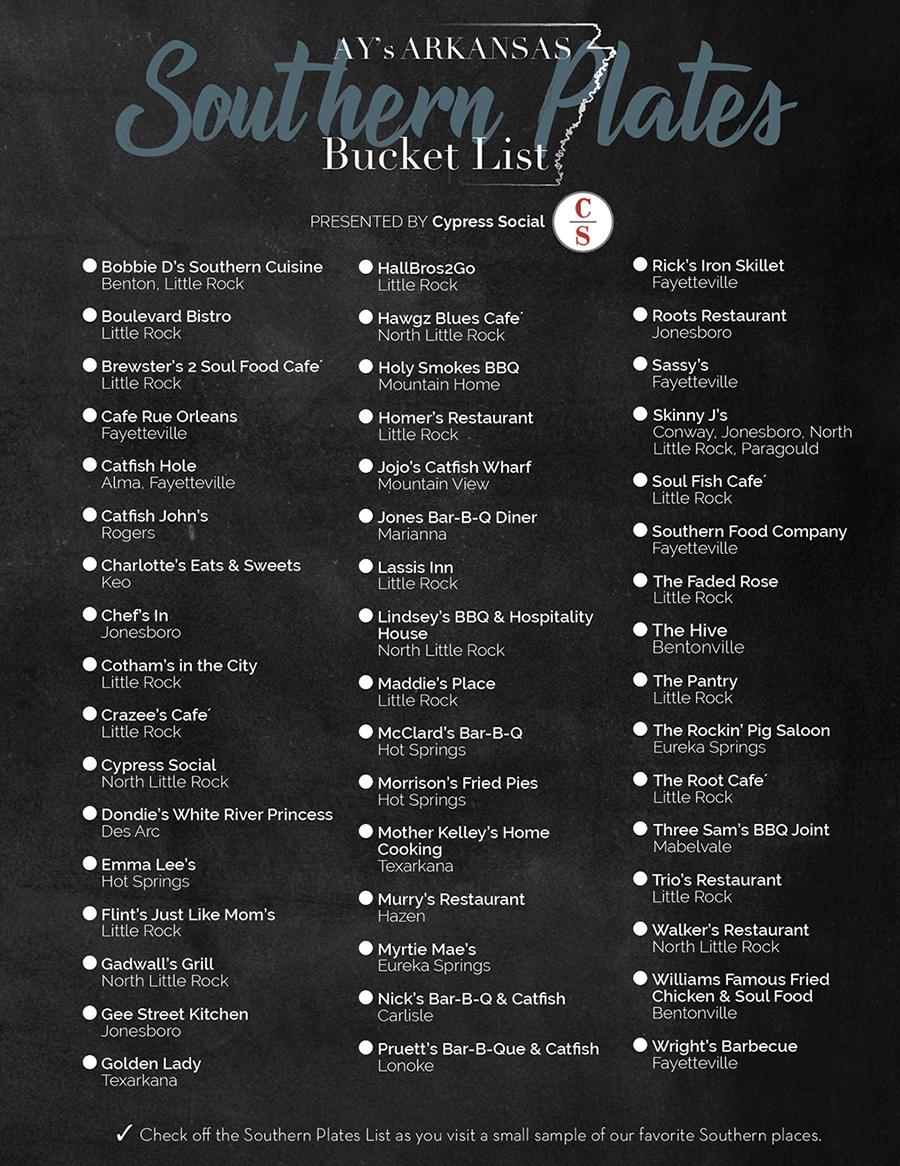