Southern Plates in the City: Heather Baker and Carmen Rose Check Out Cotham’s

When you’re looking for real, honest-to-God Southern food, it’s hard to go wrong with Cotham’s in the City.

Started as a general mercantile store, the original location was in Scott, where it was a hub for farmers and other locals. A small eating area was opened in 1984, quickly transforming the store into a hotspot for politicians. In 1999, Cotham’s in the City was opened, becoming an iconic Arkansas restaurant. While the original location burned down in 2017, you can still get your grub on at the Little Rock location. 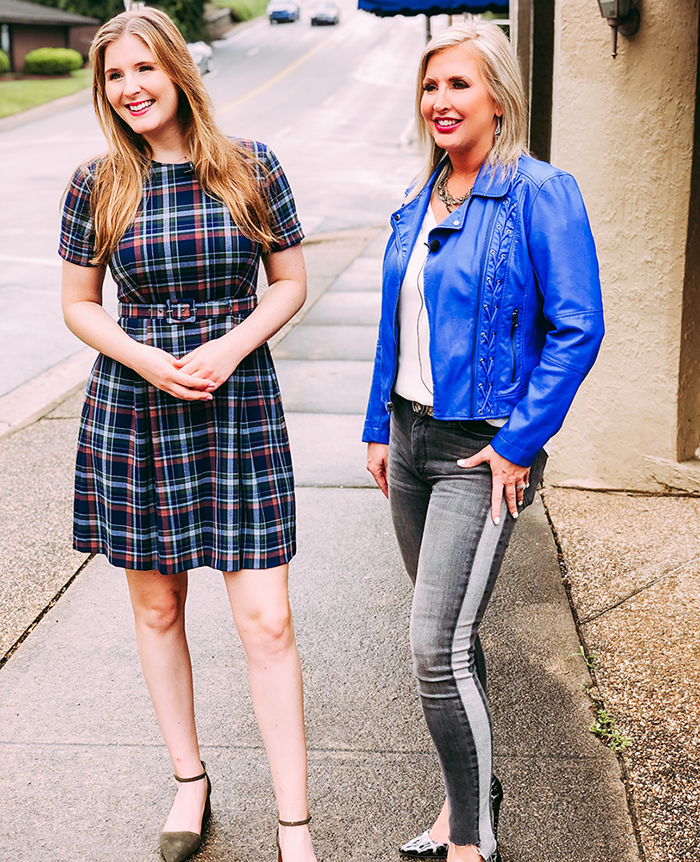 As it happens, that’s exactly what AY Publisher Heather Baker and KARK host Carmen Rose plan to do. The duo is heading to Cotham’s to try out their Southern plates for the latest Bucket List trip.

Before stepping inside, Baker and Rose outline what to expect from the restaurant. In two words: fried food. ““If you want some fried things, you’ve got fried pickles, fried okra, fried jalapenos,” Rose says. 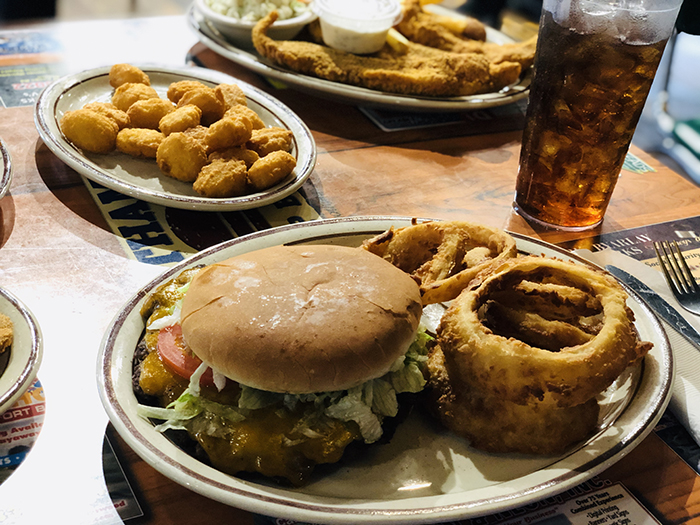 “Fried everything! And I am ready to eat, so let’s go inside and see what’s on the menu,” Baker says.

The cooks have been hard at work preparing a spread of Southern goodness for Baker and Rose. There is a lot of goodness to go around. The star of the show is the Hubcap Burger, a massive cheeseburger with a pound of meat, along with cheese and multiple toppings. If a pound of meat just won’t cut it, you can always add more – in fact, you can order up to four pounds of meat, if you’re so inclined.

Even with all the delicious food around, the Hubcap is hard to resist. Baker starts with it first, lifting the hefty burger for a bite. It’s obvious why the burger has acquired its reputation for being one of the biggest burgers around. 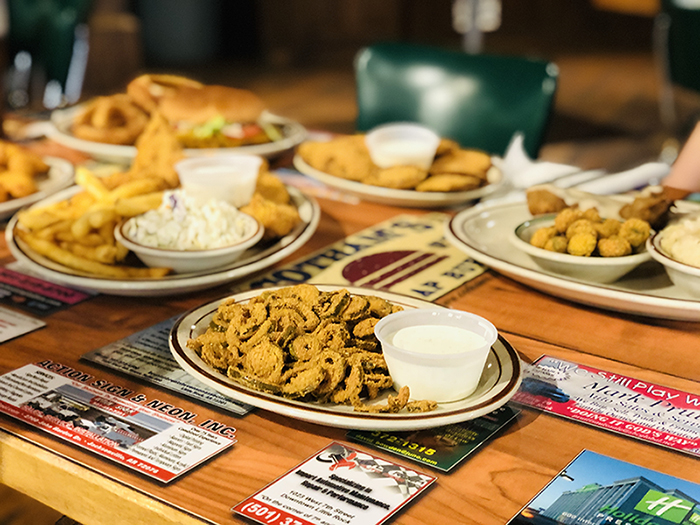 “If you have not had the corn fritters, they are amazing. This food looks good, and I’m about to go in for this Hubcap Burger,” Baker says.

“This is the famous burger that I’ve heard all about. I see why it’s called the Hubcap Burger. It’s massive,” Rose says.

Having never visited Cotham’s before, Rose is in for a treat with the restaurant. She tries chicken fried steak for the first time, giving it the thumbs-up. But if there’s one thing she knows, it’s pickles. Baker calls Rose a “pickle connoisseur,” and she quickly establishes her qualifications, giving opinions on the pickles. The battering, she says, is excellent, but what really impresses her are the fried jalapenos, which are her favorite item on the menu.

For both Baker and Rose, Cotham’s is a winner. Whether you’ve never been or are a regular, the restaurant offers a bevy of delicious Southern foods to try.

“This is kind of one of my staples, Carmen, because it’s right by my office,” Baker says.

“I love that it’s right next the Capitol. I love how casual it is in here, too,” Rose says. 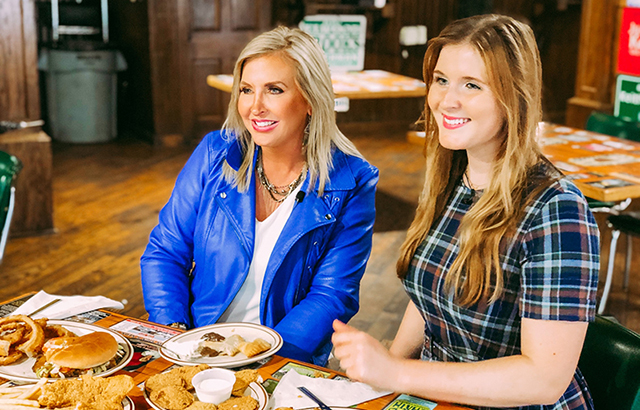 Check back next week to see where Baker and Rose head next on the Southern Plates Bucket List tour.