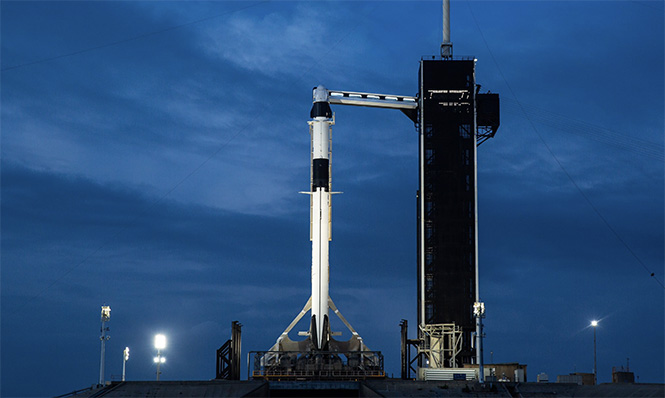 SpaceX, Elon Musk’s company, is scheduled to launch its first crewed mission, a test flight called Demo-2 that will send NASA astronauts Bob Behnken and Doug Hurley to the International Space Station aboard a Crew Dragon capsule on May 27.

Liftoff is set for 3:33 pm CST or 4:33 pm EDT from NASA’s Kennedy Space Center in Cape Canaveral, Florida. If liftoff is successful, it will be the first crewed orbital launch from the United States since NASA grounded its space shuttle fleet in 2011.

NASA hopes that these SpaceX vehicles will end American dependence on Russian Soyuz spacecraft, which have been the only way for astronauts to ride to and from orbit since the NASA shuttles were grounded.

However, there was recently a weather update that now forecasts a 50 percent chance of bad weather which may keep it on the ground. If that happens, NASA and SpaceX intend to try again on Saturday, May 30.

You can watch live here or directly via the space agency.