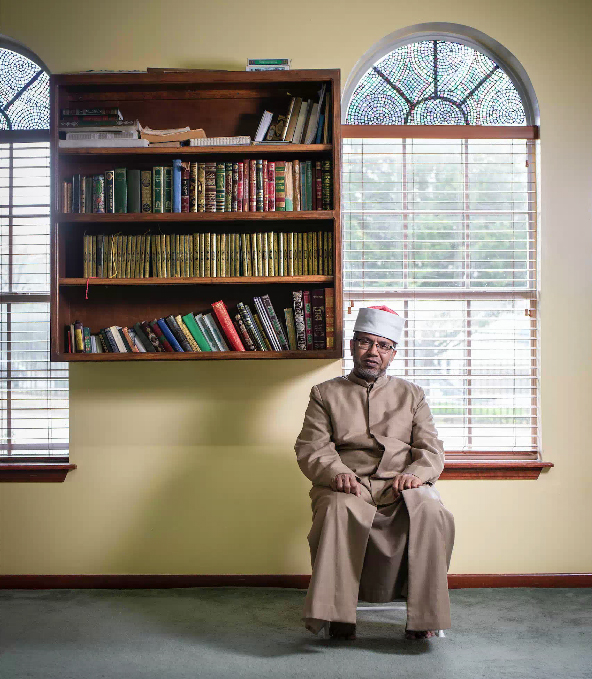 The trim, soft-spoken man beckons from across the room. Outside, a cold winter’s morning needles passersby with chill and biting rain, but it’s pleasant inside the mosque at Islamic Center of Little Rock. A posted sign politely directs you to remove your shoes and as you fumble to untie and gather yourself, Dr. Mahmoud Al-Denawy awaits with an outstretched hand.

“Welcome,” he says in a voice even and kind.

Al-Denawy is the Imam here, a leadership role that includes leading daily prayers, teaching and interpreting the Quran, Islam’s holy book, as well as other responsibilities in the community’s social and spiritual life.

“Prayer is part of the activities that we have, but we have other things,” he says. “Like we have here a food pantry that is for every other Sunday and serves lots of families. And we have a huge gym. It’s called a multi-purpose hall. We use it for Friday prayer when we have around 500, 600 people sometimes.

“We have the academy, that’s a school. And we usually have different activities, campaigns — I remember the flood in Houston about two years ago, and we sent a big truck with clothes and food and everything. So, we are always helping others.” 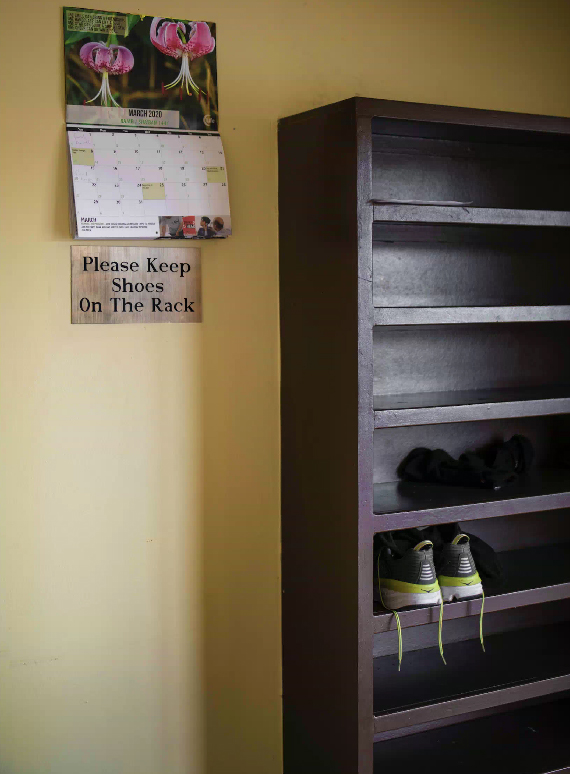 Inside the mosque at Islamic Center of Little Rock.

Al-Denawy estimates his congregation numbers about 1,000, a combination of longtime Little Rock residents and a growing number of professionals who have moved here from other places. Muslims are heavily represented in the city’s thriving healthcare community, for instance, and in higher education.

“I think the point that people need to know is Muslims are everywhere,” Al-Denawy says.

“You will see them in hospitals, in schools, universities, everywhere. They are very peaceful and nice.”

For a first-timer, there’s much to see and learn about one of the world’s oldest and largest faith traditions, estimated at nearly 2 billion adherents worldwide. Global Ministries describes Islam as one of three central Abrahamic faiths along with Judaism and Christianity, a universal religion that teaches God is merciful and compassionate. The devout Muslim submits to Allah’s will by holding to the faith’s Five Pillars that include obligations of prayer, almsgiving and other acts of devotion during one’s lifetime. 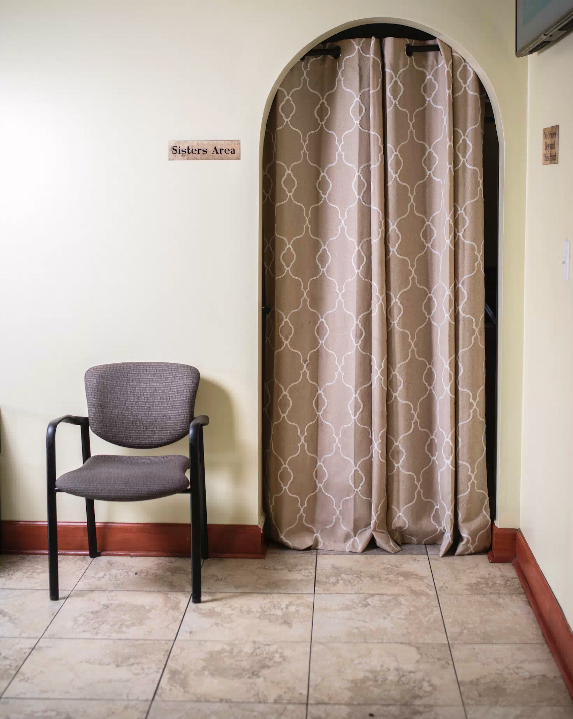 Inside the mosque at Islamic Center of Little Rock.

“We have five daily prayers,” Al-Denawy says. “We do it early morning at 6:30 a.m. Then there are noon prayers. Then afternoon prayer at 5, evening prayer at 7 and the night prayer is around 8:30. You are not obliged to come to all the prayers; the only mandatory one is the Friday prayer, unless somebody is traveling; somebody is working, like the surgeons; somebody has something urgent. But he should try to free himself to come for Friday prayer. That is part of it.

“Another pillar is fasting. Pretty soon we will have the month of Ramadan; you fast a complete month, 29 or 30 days. Then part of your money should be given to the poor, to put in 5 percent of your worth that should be given to the poor around you. And you go for a pilgrimage to Mecca. If somebody can do all these things, they are the Five Pillars, but some people do not.” 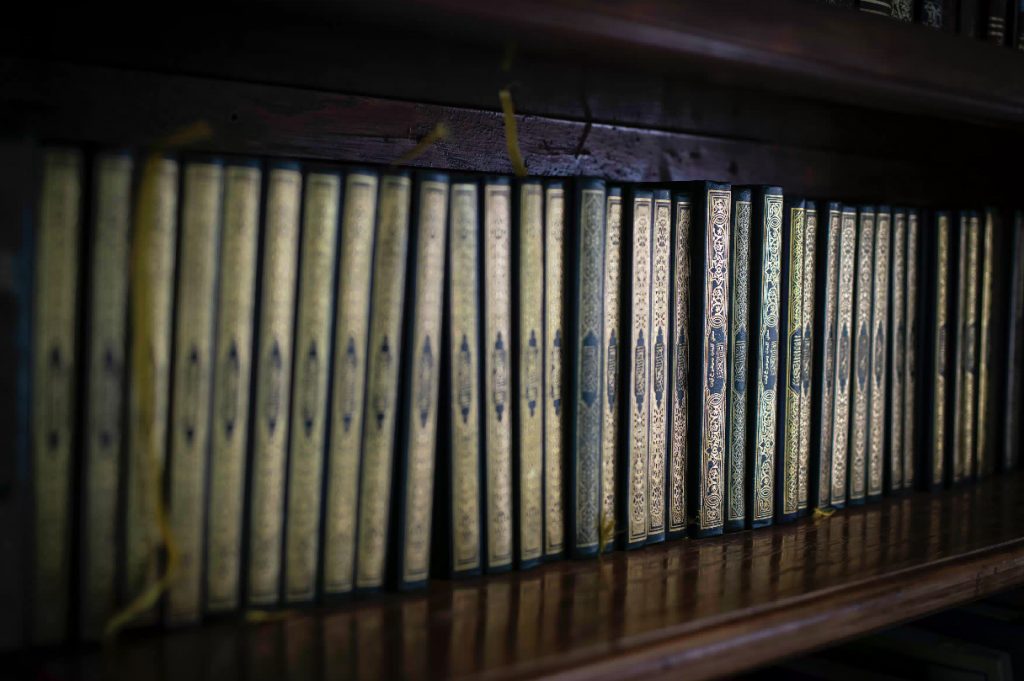 Al-Denawy shares the tenets of his faith easily as any good religious ambassador does. A native of Egypt, he was called to this life early, memorizing the Quran at age 10 and studying at the prestigious Al-Azhar, a 1,000-year-old Muslim university of some 80,000 students. In 2002, he traveled to England to earn his master’s and Ph.D. from Durham University, an education that was valuable both inside the classroom and out.

“While I was in England, I spent lots of time with other friends from different faiths,” he says. “We used to have a forum once a week, once a month. Sometimes we’d meet, me and some Christian friends and Jewish friends, and we’d talk about common issues, concerns we have. For example, if there’s any kind of discrimination because of faith, because of skin color. We used to talk about things in general, like stories that are common in the Quran, in the Bible, the story of prophet Joseph, the story of Abraham.” 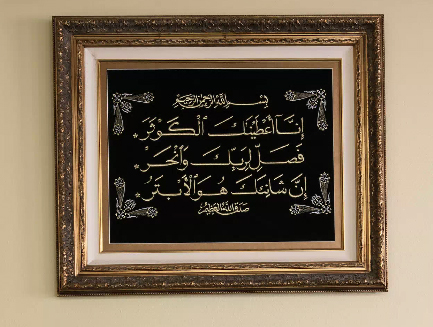 Al-Denawy came to the Little Rock center five years ago. Since then, he’s been a tireless advocate for understanding between faiths via speaking engagements and lectures, participating in interfaith organizations and especially in opening up his community to guests.

“We are receiving a lot of different groups from different churches. I myself have been different times to the Temple of B’nai Israel and different churches,” he says. “I have established very strong relations with churches, with Temple of B’nai Israel. They visited us last Saturday. We had a very nice event. We called it an interfaith dinner and the theme was ‘Love Your Neighbor as You Love Yourself.’ It was a very, very nice event.

“So, we are trying to fill this gap and show that we might have different faith, but we are brothers and sisters. We care for one another. We love one another. At the end, it’s God who is going to judge our deeds.”

Of course, the world outside is not that simple. Generations of violence in the Middle East, prolonged U.S. military action in Muslim countries and the spectre of 9/11 has colored many Americans’ view of the Islamic faith. For that reason, one is not surprised to find a high iron fence surrounding the ICLR, a necessary hedge against current realities until Al-Denawy’s vision for a more tolerant society comes to fruition. 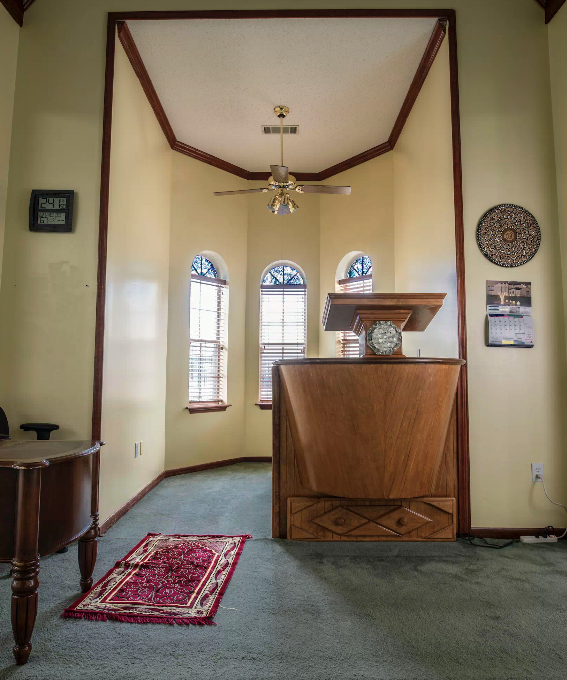 “People are really very friendly. Arkansas in general, or America I would say, they welcome all cultures and different faiths,” he says. “People, unfortunately, are also victims of the media, whether social networks or some TV channels that are doing injustice to Islam [by portraying] Muslims, for example, with violence, with evil, which is not right.

“I meet a lot of people, and they are surprised [about Islam] and they say, ‘Is this the truth?’ and I say, ‘Yes. But don’t listen to the media because the media, they want a program to go viral. They say, ‘Hey, a Muslim has done something.’ It’s a person; it does not have anything to do with Islam.

“Evil is the product of human beings. It can never be the product of God. God of Christianity, God of Islam, He commands us to do good and to be nice and kind to our neighbors. But if somebody has done something evil, we cannot attribute this to his faith. Faith can never call for violence.”

The more Al-Denawy speaks, the more universal his beliefs become. He worries about the oncoming generation, particularly as a father of teenagers, and the lure of secular society glamorizing premarital sex and vulgar language while deriding morality and devotion to God. Many of his invited guests to the center are non-Muslim teens, not for indoctrination, but education and to reinforce the values that all parents hold in common for their children. It’s the only path to a better world, these young people, regardless of their faith tradition.

“I think the community still needs a lot of work,” he says. “We need to work harder on young boys and young girls, the youth particularly. My son is 16, and my daughter is almost 14. Sometimes, I find difficulty dealing with them, although they love me. My hope is we can work hard on this issue.

“We need people to start thinking out of the box and try to know more about other faiths. Even Muslims have misconceptions about Christianity and Judaism. So, I wish that all people from each faith would read about the other. As we say, ‘Know your neighbor.’ If we read and learn about each other, we can love and respect one another.”