Speaking of the Devil

In May 2002, Conway awoke to the shocking news that a prominent local businessman and his protégé had been found in the former’s home, shot execution-style. It was the first double-homicide in the city’s history and the beginning of a much longer journey for Ashley Elliott. 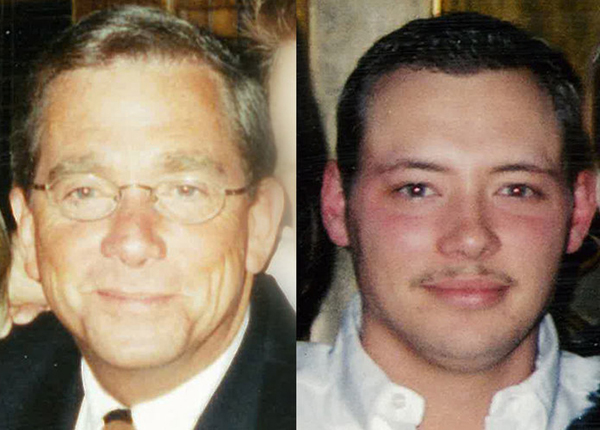 Ashley is the daughter of one of the victims, Carter Elliott, the founder of Detco Industries, discovered face-down in his foyer while his employee and handyman, Timmy Robertson, lay dead in the next room. Ashley was understandably shaken by the incident; she and her father had withstood a straining of their relationship following the divorce of her parents, after which Ashley lived with her mother, Lark Gathright.

But things had gradually improved, and the soon-to-be bride looked forward to her father walking her down the aisle. Instead, she was withstanding the shock of his sudden and violent ending, not knowing the bizarre turns the case would soon take into kidnapping, the drive for justice and her fight to put away the demon who altered the course of her life.

Almost 20 years later, Elliott has told her family’s story in a new book, The Demon in Disguise, released in September.

“I think writing a book has always been a thought, but I had a lot going on in my life. I had children, marriage, things of that nature,” she tells AY About You. “I had been in therapy for approximately three or four years. My therapist mentioned, ‘Maybe you should just write a book; that would be very helpful for you.’ I was just like ‘OK.’ I kind of didn’t take it quite seriously because it’s a huge undertaking.

“I also knew that taking on this task would be triggering, so I had to allot time to be not disruptive to my family unit and not check out of life. I wasn’t sure what I was going to uncover or find.” 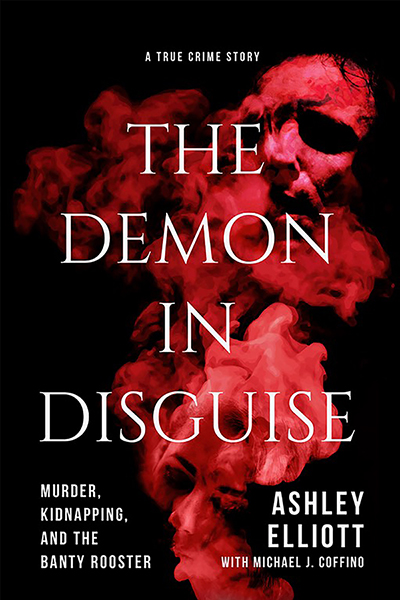 The true-crime narrative of the book is nearly stranger than fiction, thanks to the eccentric central character of the late Dr. Richard Conte, a Utah physician who courted and married Gathright after she relocated following her divorce. Conte was an enigmatic figure to whom the word “odd” is often applied, yet doesn’t feel quite adequate, given his penchant for telling wild stories about being a secret government assassin, frequently deployed to hotspots around the world in between shifts at the local emergency department.

But for all of that, two things were clear: Conte was a gun collector, and he was obsessed with Gathright, especially after she divorced him following a short marriage. His behavior, which included breaking into her apartment to leave her love notes and gifts, as well as unsolicited phone calls where he was supposedly under fire and calling to say he loved her should he not make it out, was erratic at best.

So, when her mother turned up missing about a month after her father’s funeral, Elliott knew immediately who had perpetrated the crime.

“I was actually in Conway, and someone called me and said, ‘Your mom has not shown up for work today,’” she says. “In my head, I’m like, ‘What? My mom always goes to work.’ I immediately called family members; I called the police. I went through this whole process of hunting her down because I had just lost my dad, and I was not about to lose my mom if there was anything I could do about it.

“I convinced the Salt Lake City police that she was missing and to enter her home and describe to me what her home looked like. My mom is just an impeccable person; she loves order, cleanliness. So, if something was out of place, something was wrong.”

The police found signs of things amiss, so Elliott followed her gut instinct and reached out to Conte to confront him. For once, he set aside his wild stories and told her the truth which, to anyone’s way of thinking, was wild enough.

“I knew immediately he had my mom,” she says. “I called, got a hold of him, and I was correct. He had kidnapped her from the state of Utah and had driven her to his cabin in the state of Nevada.”

Conte surrendered and was convicted of kidnapping in 2002, earning himself 15 years in the Nevada State Prison. But what should have been the capstone to the tale only proved the prelude, as Elliott pushed Conway authorities to extradite and try the disgraced doctor for the double murder in Arkansas. It was an eye-opening experience, to say the least.

“I just thought it was like the movies, you know? Good guy, bad guy, you go to court,” she says. “That’s kind of like the first thing; I just didn’t know how [the justice system] worked. I also did not know the prosecuting attorney is an elected official, and the only individuals that can hold him accountable are the voters. So, I didn’t have a clue.”

Elliott’s book talks about the frustrations she experienced, the same ones many crime victims’ families share in seeking justice for their loved ones.

“I don’t want to say [prosecutors] were uncooperative, because they did their job. By the law, by the book,” she says. “Could they have been more cooperative? Absolutely. They could have returned phone calls. They could have been a little kinder. I think the judicial system as a whole, once you’re in it, you get very calloused, and I can see how they become calloused.

“I don’t want to sound like they’re horrible people; they’re just doing their job. But it was the first double homicide in Conway, so I’m like, ‘Hey, you could have just returned my phone call, or you could have shown up for work and not avoided our family who sat there and waited for you all day.’”

Prosecutors initially declined to bring charges against Conte on the grounds of a lack of evidence, later trying to assuage the family to take comfort in the fact that he was locked up in Nevada anyway. That wasn’t enough for Elliott.

“I lived in fear that Dick Conte was going to get out of jail for kidnapping my mom and that the prosecution in Faulkner County was not going to bring charges against him,” she says. “That was a fear that I lived in for, my goodness, 10 years. And that was a constant fear.

“We had to go before the Nevada Parole Board and convince them as to why Dick Conte did not need to be released from prison, not once but twice. Each time you do those types of things you are retraumatized. And those individuals who sit on the parole board are ultimately the decision-makers. So, if they decide he gets parole, then your whole life is wrecked.” 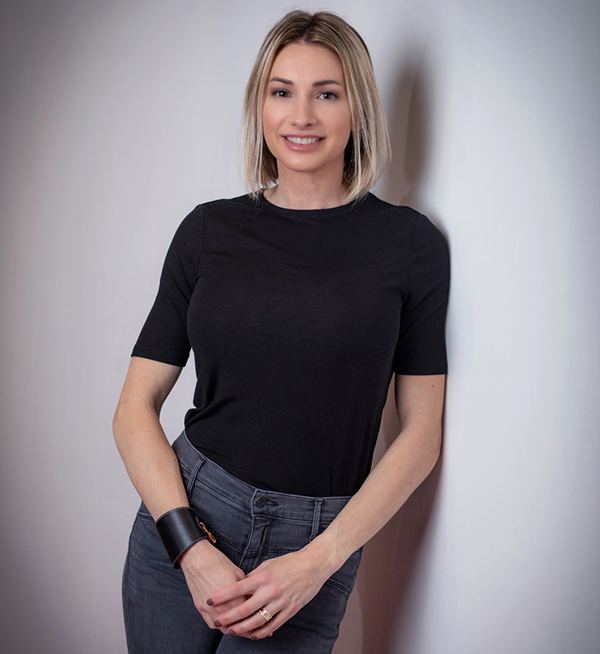 It would take nearly a decade and turnover in the prosecutor’s office, but Elliott eventually won out. Conte was extradited to Arkansas, tried and ultimately convicted of the slayings, seeing Carter Elliott as a romantic rival and Timmy Robertson merely being in the wrong place at the wrong time. Conte got life and died in prison in 2018.

As pleased as she was with the final verdict, it did nothing to alleviate the emotional scars of the crime upon Elliott, including PTSD and anxiety. Ironically, however, the deep-dive it took to research The Demon in Disguise, which she wrote with Michael Coffino, proved ultimately cathartic and helpful in her continued coping with the pivotal event in her family’s life.

“I was kept out of the courtroom [during the trial], so I didn’t get to experience that. I testified, but I didn’t get to be there every day and listen to everyone else’s testimony,” she says. “When we obtained the court transcripts, I got to read everybody’s testimony, and that was an extremely healing process to put to rest any questions that I had. I didn’t have to depend upon anybody else’s information.

“Just to be able to have the actual documents that the judicial system had was probably the most satisfying part of the whole thing. I could sit and read what they had to go off of. I don’t know if it’s every single thing, because I know some of the documents have been destroyed, but that brought closure because I knew the whole story. I knew what they knew.”

The book written, Elliott considers the record set straight, something she knows not all victims’ families get to say. As an advocate for such families, she hopes to inspire others to keep pushing for justice.

“My book is extremely transparent,” she says. “I think anybody who has experienced life could pick it up and relate to the story. Our circumstances are going to be different, but we’re all human, so we’re all going to have similar responses.

“The day the book was done was one of the greatest days of my life because I could just close all of those chapters and be finished with it. I don’t have any more questions. Any questions that I have, they’re never going to be answered, and I’m OK with that. That was an excellent thing to actually be finished and to go, ‘OK, this is the past, and I can stop reliving it.’