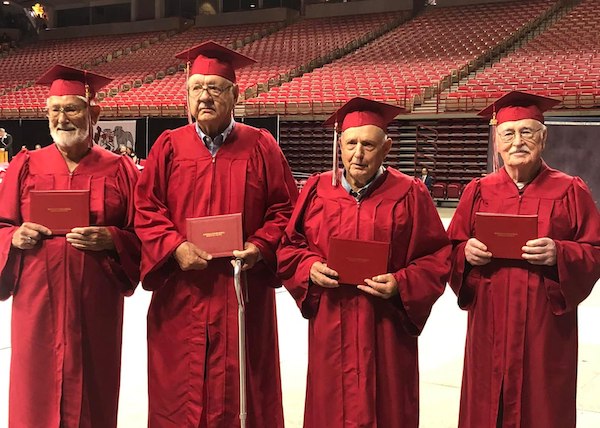 This year, almost 70 years after their class graduated in 1956, the four students walked across the stage at Bud Walton Arena and received their Springdale High School diplomas.

According to Brenda Self Embry, the daughter of Bob Self, the Springdale School District did not recognize the GED at the time he was finishing high school.

“His senior year, 1956, he and several classmates decided to leave school to join the Armed Forces. My dad joined the Air Force,” Embry wrote in a Facebook post. “Recently, Dr. Jared Cleveland, the superintendent of Springdale, decided these men needed their diploma from their alma mater, so today these guys walked at SHS graduation and got their diplomas. So special!”

The four are now honorary graduates of the Springdale High School class of 2022.