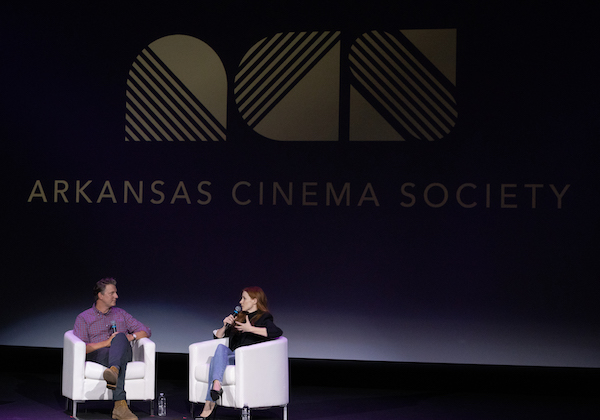 The Arkansas Cinema Society has announced Filmland 2022 will return for the fifth annual celebration of Arkansas cinema this fall, from Nov. 3-6 at CALS Ron Robinson Theater in downtown Little Rock.

Submissions are now open for Filmland: Arkansas, the screening series of shorts and features from Arkansas filmmakers and films. Memberships are available with more information and ticket availability here.

“We are so grateful to be celebrating Filmland’s fifth anniversary,” says Kathryn Tucker, executive director of ACS. “When we first began back in 2017, we knew there was a much-needed hole to fill and I’m so proud of the role Filmland: Arkansas has played in our filmmaking community, along with bringing Academy Award-winning films like Nomadland and Academy-Award nominated actors like Jessica Chastain to Arkansas. The educational workshops we launched in 2021 are now giving aspiring local filmmakers needed hands-on training and access to industry professionals to help demystify the idea of pursuing a career in film in Arkansas. Five years is cause for celebration, and we can’t wait to showcase the incredible film talent here in Arkansas alongside the hottest films and filmmakers from the international fall festival circuit at Filmland again.”

Created to build a film community in Arkansas, ACS aims to inspire, educate and nurture new and existing film talent. Working to foster an environment where filmmakers and film lovers alike can connect, share ideas and build a sustainable creative economy, ACS increases exposure to filmmakers and their art.

Filmland is ACS’ signature event and allows the organization to bring filmmakers at the top of their game to Arkansas — sharing work, experience and stories.

Through the last few years, Filmland has been honored to host award-winning directors such as Richard Linklater, David Lowery and Joel Edgerton; producers Evan Hayes, Fred Berger and Brian Kavanaugh-Jones; and actors like Will Forte, Ted Danson and ACS board member and Oscar-winner Mary Steenburgen.

Last year’s films included A Hero by Asghar Farhadi, Becoming Cousteau by Liz Garbus, Halloween by David Gordon Green and The Eyes of Tammy Faye, with a special in-person appearance by Jessica Chastain, who was nominated for an Oscar for her role in the film.

Film screenings feature Q&A sessions moderated by Jeff Nichols, ACS founder and director, board members or staff, with every night wrapping up with a party for filmmakers and attendees.

Filmland will also feature screenings from Filmland: Arkansas Audience Award winners and the short film created by its 2022 Filmmaking Lab for Teen Girls.

Submissions for Filmland: Arkansas are open through Aug. 15 on FilmFreeway for short films and features. Submissions are for films made in Arkansas, filmmakers from Arkansas who made a film elsewhere and Arkansas-based producers, directors and writers. Other films may be considered if an Arkansas native was the lead or key role such as an actor, production designer, costume designer, sound designer, composer, editor, cinematographer, animator, visual effects, makeup and hair, or first assistant director. The Arkansas filmmakers must be available to participate in a conversation about the film if accepted. ACS members receive a half-off discount for submission fees. 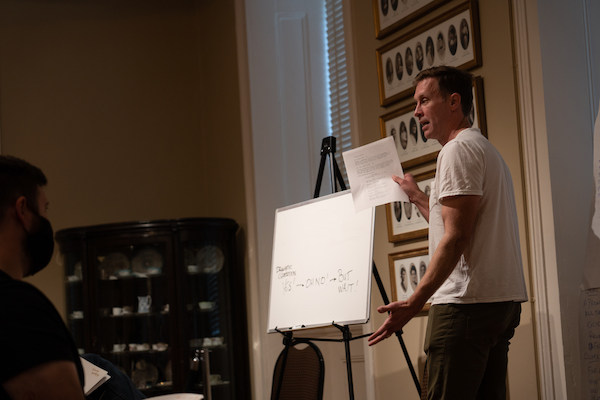 In 2021, the workshops for filmmakers of all ages were launched by the ACS, with industry professionals including Jeff Nichols, Graham Gordy, Adam Stone, Mario Troncoso, Christina McLarty Arquette and David Arquette. Topics covered in the workshops included screenwriting, casting, cinematography, pitching projects and producing. This year’s workshop offering will continue with a broad representation of the diversity in filmmaking.

“Because most film education in Arkansas is provided in a collegiate setting, very few aspiring filmmakers are given the opportunity for hands-on learning from both locally and nationally recognized industry professionals,” says Rachel Norris Wilson, director of education for ACS. “Our workshops provide a space for the film talent in our state to learn from one another, delve deeper into a specific field and share best practices from the film industry. We are beyond grateful to those who lead the workshops and can’t wait to build upon our previous success this fall.”

Other details and events will be announced in the coming weeks and months. Past Filmland events and Q&A conversations can be viewed at ACS’ video library, which is included in membership.

For more information on becoming a sponsor, or to learn more about the exciting events offered including exposure to great cinema, filmmaker support and educational film programming, visit the ACS website.

Putting the Cart Before the Cow: Is Whataburger Coming to Town?
July 1, 2022
Go to Top
Never Miss An Issue!