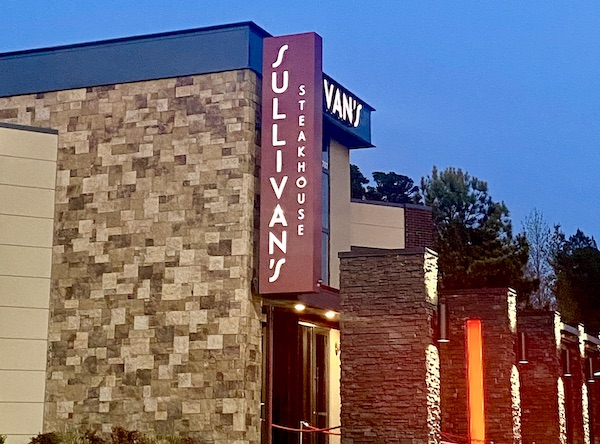 There’s a new restaurant in town, and its doors are open. Sullivan’s Steakhouse has planted its first restaurant in Arkansas, making this Little Rock location its 14th in the country. Specializing in bone-in and hand-cut steaks, Sullivan’s claims to put a twist on the classic steakhouse tradition.

AY About You was invited to the restaurant’s soft opening on April 6 prior to its official opening on April 7. The restaurant was set up for a night of networking and everyone’s favorite thing to do — tasting. Tables were lined up with small versions of menu items, and we had the great privilege of trying them all. 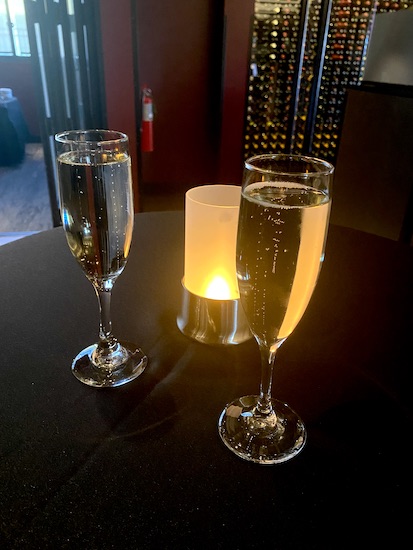 Before getting elbows deep in the menu tasting, the minibar was beckoning for a visit. The bartender was more than pleased to open the first bottle of Valdo Prosecco for the night. While I didn’t go through the five s’s of wine tasting (see, swirl, sniff, sip and savor) I thoroughly enjoyed my glass. The Valdo Prosecco is offered in white or as a Rose, and there are many more wine selections to pick your poison.

Having warmed up my palette with the white Prosecco, the aroma of fresh food was too strong to ignore. The appetizer samples included spicy shrimp eggrolls, cheesesteak eggrolls, seared Ahi Tuna, pork belly, jumbo shrimp cocktail, Oysters Rockefeller, oysters on the half shell and lump crab cake. 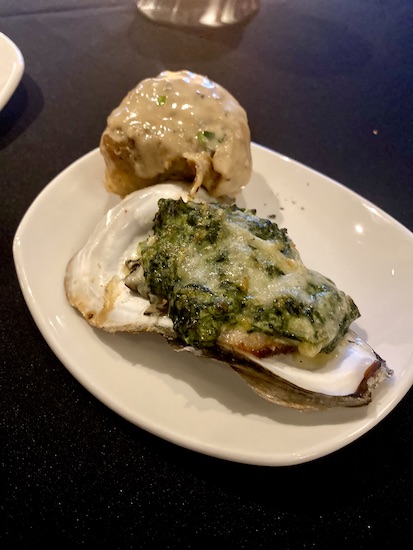 If I had to choose one of these items to enjoy for the rest of my life, it would most definitely be the spicy shrimp eggrolls. Inside the eggroll are shrimp, Sriracha aioli, sweet and spicy chili sauce and Napa slaw. The spiciness was present enough to add some excitement without completely overpowering the taste.

While on the topic of eggrolls, the cheesesteak eggrolls were an unexpected take on the dish, and I was pleasantly surprised by how well the fusion worked. Made with filet mignon, sweet and spicy chili sauce and honey mustard, the Philly-meets-Asia dish was soul-warming. 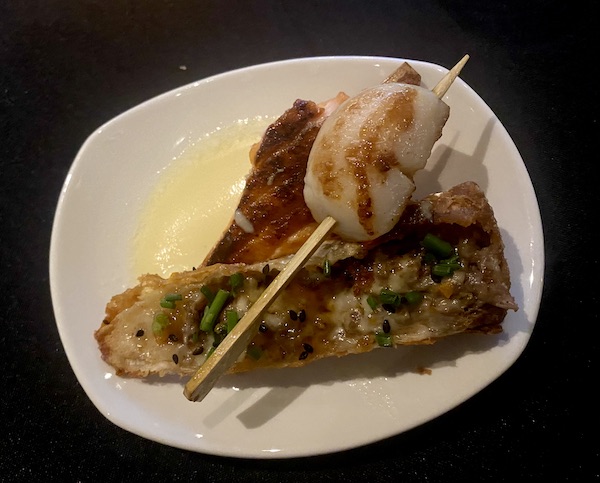 Rounding out the highlights of the appetizers is the seared Ahi Tuna. Seasoned with Cajun spice and served with pickled ginger and cucumber, taking a bite of the starter of a punch of flavor. The initial taste understandably comes from the pickled ginger, but once that zing settles the natural flavor of the tuna and fresh cucumber comes through as a symphony.

Much like the appetizers, the entrees did not hold back in flavor. Featured entrees included broiled salmon, George’s bank seared sea scallops, miniature versions of the restaurant’s signature burgers and the star of the show, the fillet.

The salmon and scallops were each tasty in their own way, though I tend to always lean toward ordering scallops. A lemon beurre blanc sauce was served with these menu items, and the creamy citrus sauce really was the perfect balance to the taste of the ocean.

The mini burgers, sliders if you will, were a classic and homey addition to the otherwise more upscale setting. If the larger versions taste anything like the minis, these burgers are sure to be a favorite. 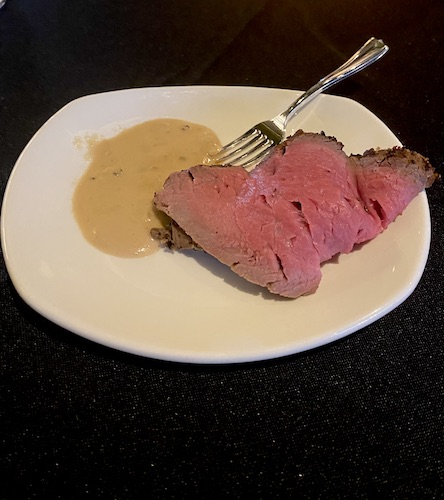 The specialty of the restaurant, the steak, was teased as a slice from a large cut. Tender, flavorful and like butter in the mouth, this meat made us more excited for the official opening. The restaurant will be serving a bone-in ribeye cowboy cut, Wagyu bone-in strip, filet mignon, ribeye and prime New York strip. To pair with the meat, I chose the bourbon peppercorn sauce, which I think would go well with almost anything. Steaks can be made a tad fancier with the addition of crab-stuffed shrimp, bacon and blue cheese topping, garlic shrimp, Oscar style (jump lump crab, asparagus, Bearnaise) and signature butters or sauces (including the bourbon peppercorn). 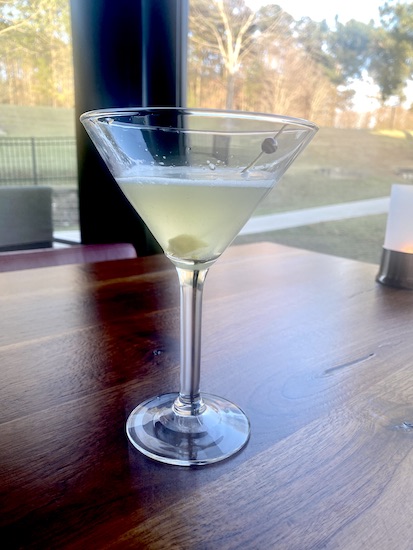 Before leaving, I had to try the restaurant’s signature cocktail “The Knockout.” Made with mandarin vodka infused with fresh pineapple, the martini is a nod toward the namesake of the steakhouse. John L. Sullivan, otherwise known as the Boston Strong Boy, was a legendary American boxer of the 19th century and the first Heavyweight Champion of gloved boxing. Centered around him and his time, the restaurant interior is classic and infused with the timeless sounds of jazz. Sitting in the restaurant’s patio area with breeze and trumpet mixed together, time travel doesn’t seem so far off.

Check out the full menu here.