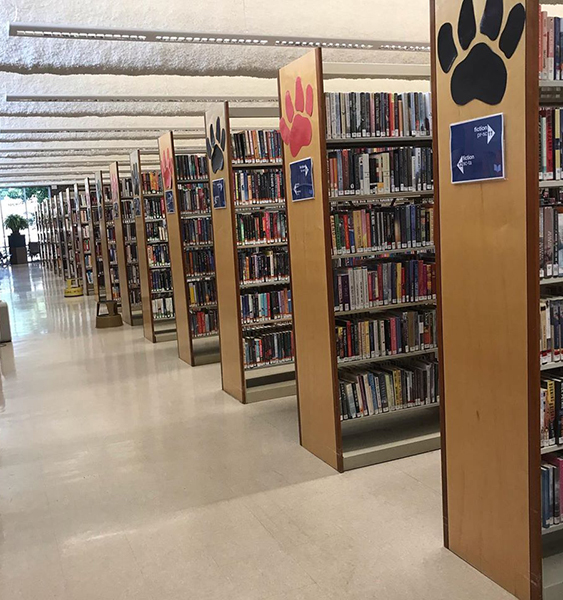 If anyone thought Amazon and eBooks were going to lead to the death of libraries, some librarians in Arkansas didn’t get the message. In fact, in the digital era, one could make the argument that libraries are not only still relevant, but increasingly so.

Recent evidence points to millennials as a big chunk of library users. A 2017 study from the Pew Research Center showed the demographic are the most likely generation to use public libraries.

“A new analysis of Pew Research Center survey data from fall 2016 finds that 53 percent of millennials (those ages 18 to 35 at the time) say they used a library or bookmobile in the previous 12 months. That compares with 45 percent of Gen Xers, 43 percent of baby boomers and 36 percent of those in the Silent Generation,” the study found. 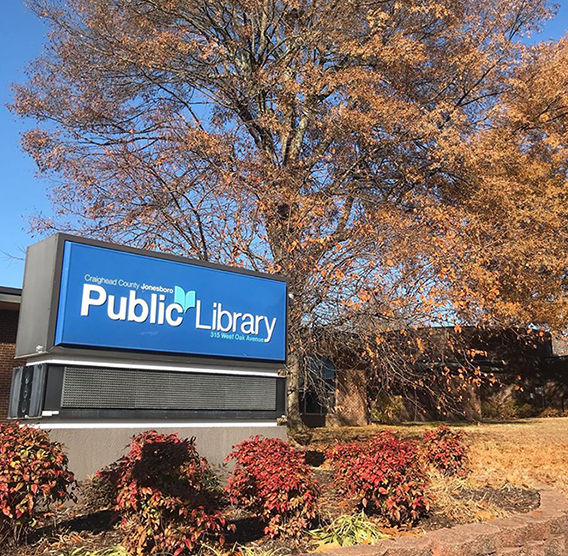 Arkansas libraries are still places where people can go check out books, but they’re also community centers, and that is part of what’s keeping them relevant.

“I feel that libraries, in a certain sense, have always been community centers. Public libraries are a free, third space where everyone is welcome,” she says.

Nathan James, deputy executive director of technology for the Central Arkansas Library System (CALS), agrees about libraries being a free and welcoming space.

“We talk a lot about social infrastructure, places where people can gather without judgment. Libraries offer that,” he says.

He points out that libraries are places for people to mix together, where patrons will encounter people with different beliefs, genders, races and backgrounds.

Speaking about CALS, James says, “We are becoming a community center.”

And that community center offers wifi, meeting spaces and more.

Ryals says her overall goal as a librarian is to enrich her community, whether that’s providing educational tools and resources, giving space for people to learn or simply providing access to a range of materials.

“Our patrons may start visiting the library for a specific event, such as our annual Art and Craft fair or Concerts on the Lawn, but find that there’s so much they can do at the library so they return regularly,” she said.

Both Ryals and James highlight different challenges for their library systems.

For James, a big problem at CALS is budget. And he says that’s the same for many public libraries.

CALS is a $20 million library system running on an $18 million budget, James says, with most of its budget coming from property taxes.

“We’re doing as much as we can with the money we have. We’ve been working on efficiencies lately,” James goes on to say.

CALS is looking to spend more on patron-facing services and initiatives. James says the library also needs to work on getting more grants.

A common misconception is that libraries get things for free, James says, and that’s simply not the case. The library has to buy its books and pay for eBooks and audiobooks. An eBook might cost a consumer $12 on Amazon, but for the library, that same title might cost $60. Audiobooks can be $100 a copy, and they disappear after a while.

Audiobooks are actually the most popular format at CALS, accord-ing to James. So much so, that the library struggles to keep up with demand at times. Digital checkouts at CALS are up by 26 percent, while print checkouts have declined by 3 percent.

Up in the northeast corner of the state, Ryals says community involvement is the library’s primary challenge.

“We want to ensure that we provide a wide range of appealing resources and programs for all of our community members. Our mission statement is, ‘Our mission is to meet ever-changing information needs of our community through a variety of media, providing life-long learning opportunities — your window to the world,’” she says.

Another challenge the library in Jonesboro faces? Fewer people come through the doors every year.

“There are many challenges that may prevent people from visiting the library, so we are working to address those by providing outreach programs, an app to check out e-books and e-audiobooks and adding an additional branch in Brookland,” Ryals says.

Her library is also waiting anxiously on a new bookmobile to arrive.

In 2020, to compete with these changing, digital times, libraries offer more than just books. They offer services and products some patrons might not even expect. They’ve adapted.

“A lot of people think we’re still books. And we are. But we [also] have a lot of things that aren’t books,” James says.

CALS offers a tool library for people who have a home improvement project or other needs. And it offers a toy library for kids. Beyond that, central Arkansans may check out telescopes, fishing poles and more.

CALS is also able to provide food for children after school, thanks, in part, to grant funding.

“We literally feed people, because it’s a need,” James says.

For the Craighead County Jonesboro Public Library, Ryals says library programs are what visitors seem to make the most use of, especially during the summer months.

“We recently checked and found that we have held over 28,000 programs at the library in the last 10 years,” she says. “This really speaks to the level of interest the community has in our events. In addition to that, our meeting rooms can be reserved by community members, and they receive a lot of use.”

As libraries continue or make their shift into community centers, they can run into some additional challenges. For the library in Jonesboro, space is a big issue. 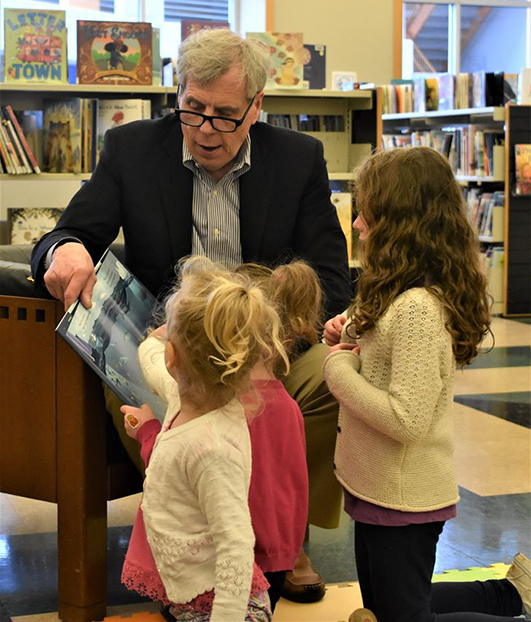 “Finding the space you need and having that space be functional enough for your purposes is never an easy task,” Ryals says. “Locating the funding to make improvements to your building provides an additional hurdle.”

And keeping the library open to be a community center costs more money for increased staffing, something a lot of libraries simply can’t do, leading to shorter hours.

James echoes similar problems when it comes to shifting to a community space. He says CALS sees challenges in changing the physical structure of facilities. Many libraries use older buildings that were initially designed to merely be warehouses for books. Sometimes, a library may have to clear books from some areas to make room for more social space. As for staffing limitations, CALS is preparing to experiment with unstaffed areas that’ll operate on a trust system.

After making some renovations, the University of Arkansas at Fayetteville’s main campus library decided to put books into storage because it said social spaces were in higher demand — places like study rooms.

In James’ opinion, academic libraries are way ahead of public libraries in shifting spaces for students. And while some might cry foul at the idea of a library moving books, James says he would rather see a library filled with people than an empty building full of books.

“As much as I love books, I love seeing people together more,” he says.

The No. 1 thing he wants people to know about CALS is that it’s a library owned by its visitors.

“People need to understand we’re their library. They own us,” James says. 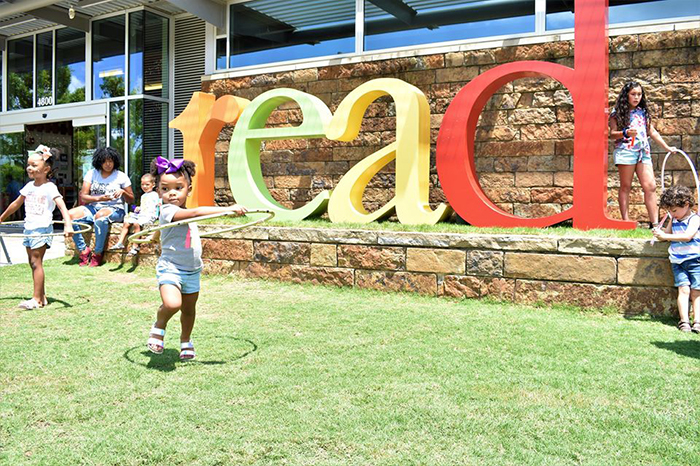 And the library wants to hear from its community members on what they want, so the library can better meet their needs.

Ryals agrees with those thoughts from her stoop in Jonesboro, saying, “If [people] only knew one thing, I would want them to know that the library is here for you. The library is for everyone.”

As Arkansas libraries look to the future, one is making a massive investment in its community with the construction of 82,500 additional square feet of space for innovative programming and services.

The Fayetteville Public Library says it has a use per capita that’s double the national average. And as the needs of patrons outgrow the library’s capacity, it’s investing in more space for things like an innovation center that’ll include an audio recording studio, a virtual reality lab, editing suites and more.

No matter where you look, libraries across the state are putting in the work to stay relevant in 2020 and beyond.