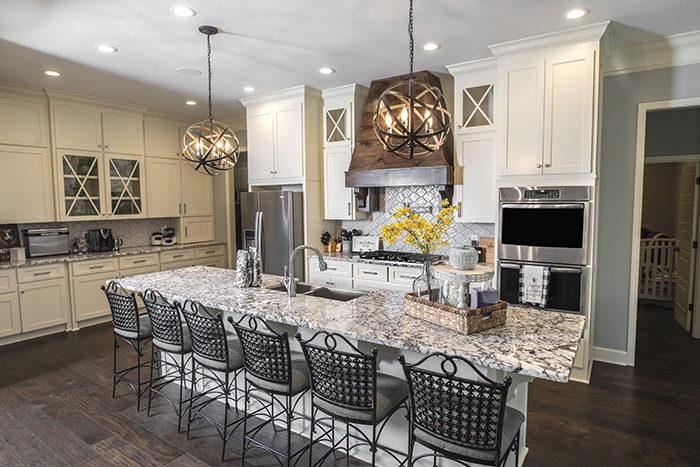 “Living the dream” is a statement you expect to hear most often from the doting homeowner. But this time it’s also from the homebuilder. Chris Nelson, owner of Chris Nelson Construction in central Arkansas, is not your typical builder. Besides his incredible homebuilding skills, his background is one completely different than most you’ll find in the area.

“I didn’t grow up around construction or have a career in a similar field before becoming a builder,” he says. In fact, before he began his homebuilding business, Nelson was in the Arkansas Air National Guard and worked for Lockheed Martin doing graphics, video and public affairs. “I had my first taste of building when my family needed a larger home and ended up building it myself. I fell in love with the whole process and started building as a side gig.” 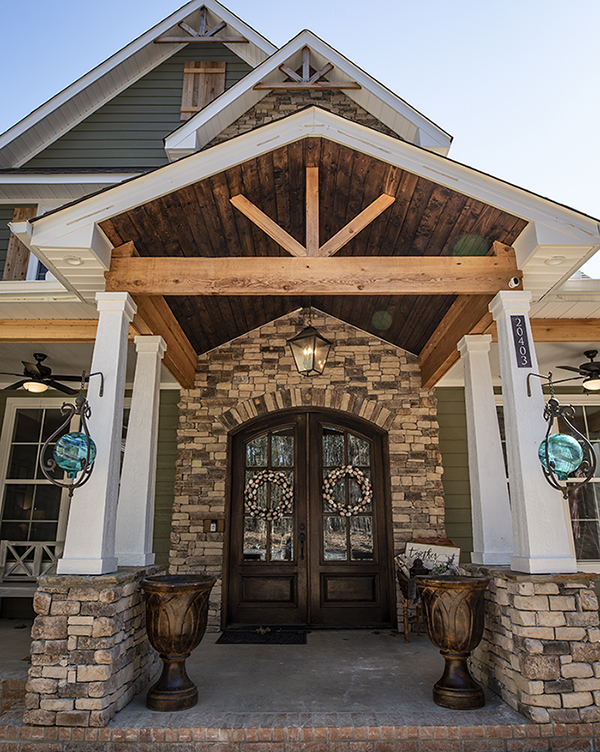 That side gig quickly turned into something much more. Nelson says he took a giant step of faith to trust God when he left his “fairly cushy job” to begin building full time. Now in the business for more than 13 years, he says, “God has more than provided for me and my family, and now I’m ‘living the dream’ helping others build their dream home.”

For each home built, the Chris Nelson Construction team consists of a builder, project manager and design coordinator in order to augment a successful build. During the interview process with a client, Nelson mentions that to communicate successfully he has to remember to discuss items the client might not always think about and, at the same time, provide an incredibly smooth process throughout. 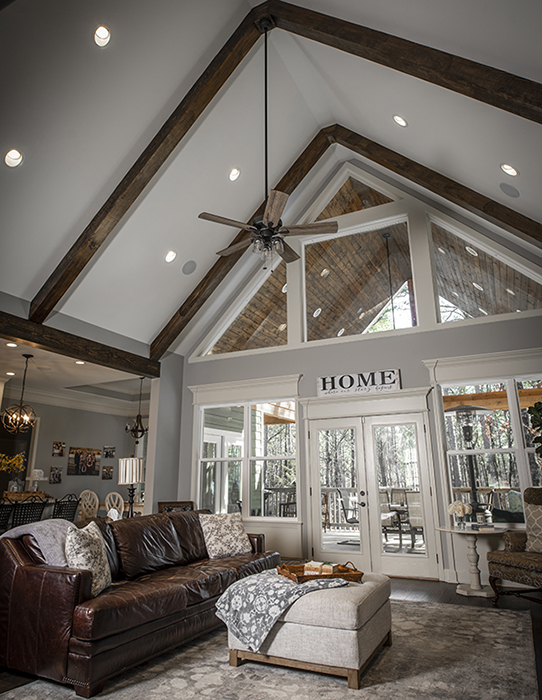 “I like to provide as much information and support as I can to help each client get more than they envisioned,” he says. “The client is considered part of our team, and together we win.”

One recent win is the standout build of the Roland home of Marci and Dr. Josh Kennedy, who have five children. The 4,600-square-foot, two-level, modern craftsman-style home is located on seven gorgeous acres of land, making it truly a serene retreat, blending in naturally with the wooded area around it with just the right amount of stone, siding and brick. 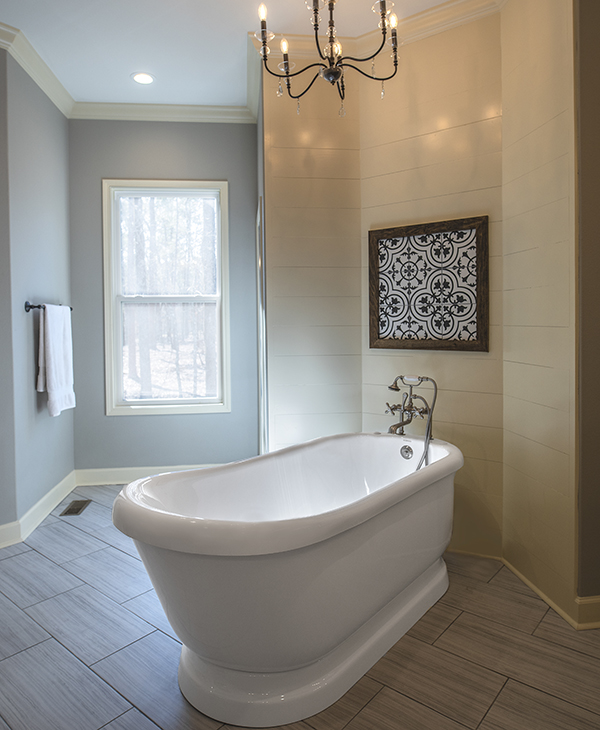 “The exterior of the home amazes me,” Nelson says. “The combination of materials and the final touches of gable elements and shutters bring it all together,” he says, “but I can’t take credit for it because the homeowners made the choices, and my subcontractors made it happen.”

Outdoors as the temperatures begin to warm up this month, an enormous deck has the family ready to enjoy the spring weather in the day — plus a hot tub for the cool nights. Because of the large family size, there is always someone to entertain, so having an open concept with a large living area that extends out to an enormous deck provides that ability perfectly. 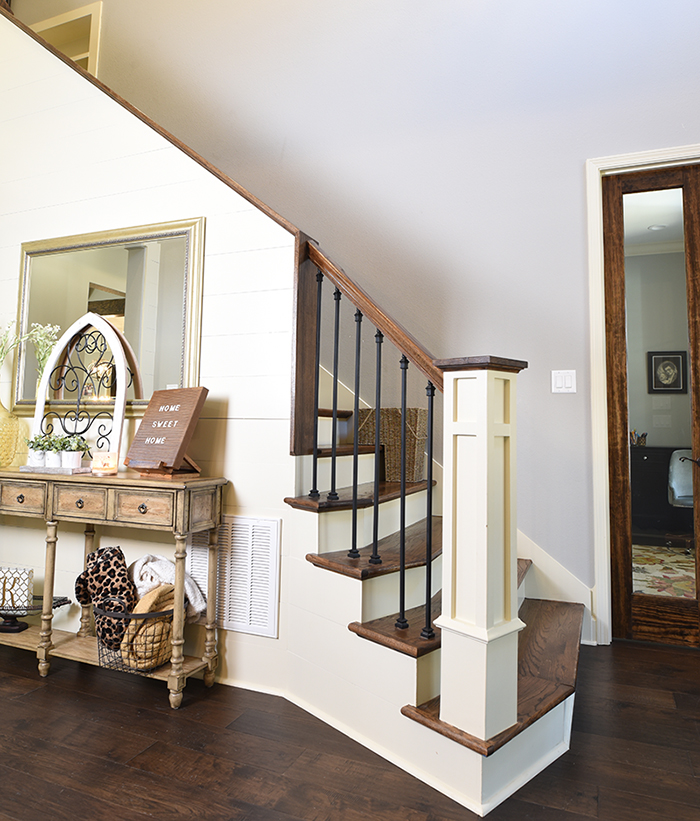 Another example of when function meets fashion is the organized laundry room of baskets, complete with a laundry chute for the five kids. “With that size family, those types of details are important to making it a functional home tailored to the client’s needs and at the same time looking amazing,” Nelson says.

Many clients are never too far away, either. Nelson was first introduced to the homeowners by a Realtor friend at their church, and a great relationship quickly developed from there. 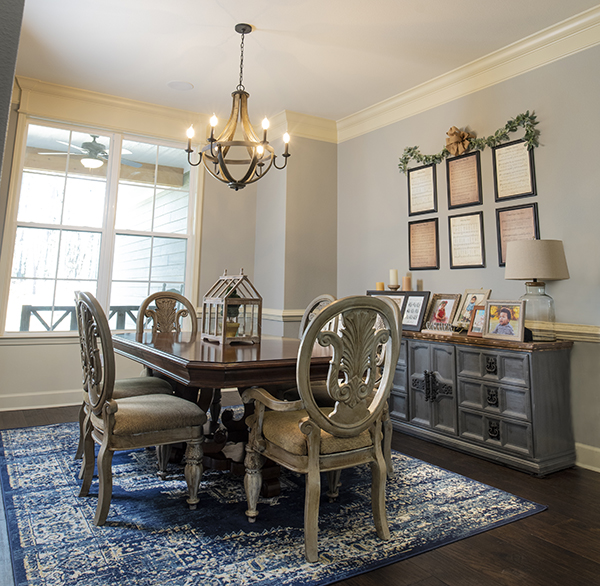 “Josh wanted us to ‘hold his hand’ through the process so he could learn and have better input,” Nelson says. “My project manager, Billy Payne, did just that, and together we provided many options to save money and built this wonderful home.”

Surprisingly, the craftsman style was not on Nelson’s comfort level at the time, and it shows how dedicated his team is to making someone’s dream plan a reality. Nelson says, “With a team, anything is truly possible.” He credits his successful career to “more trust in God and the team approach.” 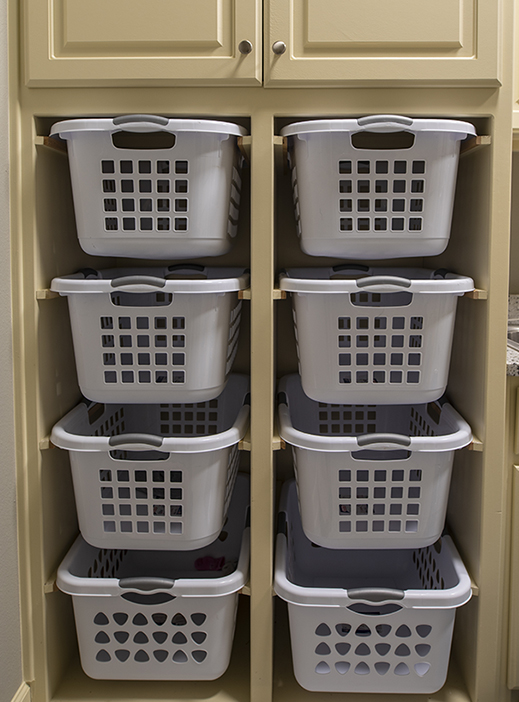 “I deeply learned that in officer training school, and it has provided me the confidence to do new things well.

“During my training, there was a day where we had about a seven-person team and had several scenarios to accomplish together. [In] every scenario, I said to myself, ‘this can’t be done,’ and thought it was some kind of trick. Each time, several people had valuable input, and as a team we accomplished every last one,” he adds. “Doing that over and over made me more than appreciate the team concept.” 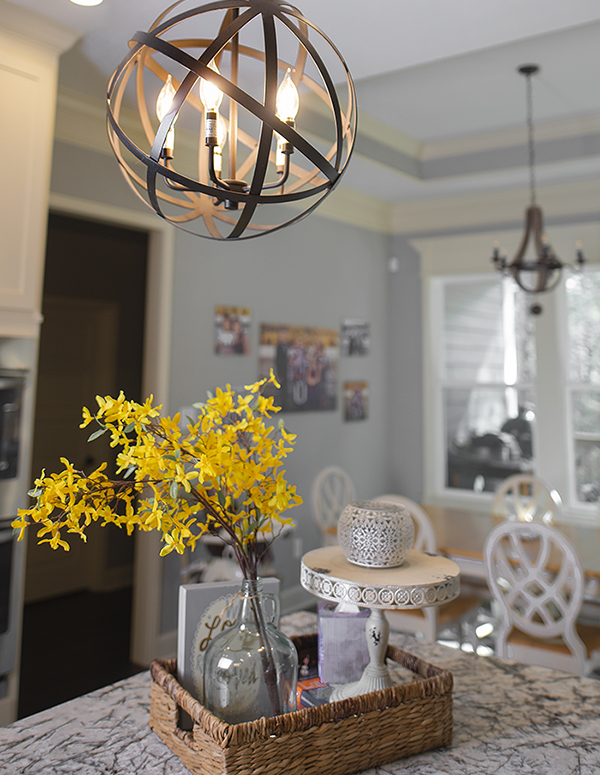 And it seems the Chris Nelson Construction team has taken that step of faith and made it into a successful business from the ground up.

“The goal is always to provide the client with a home they love. Fortunately, we get to hear that a bunch, and it really makes the hard work worth it,” Nelson says.