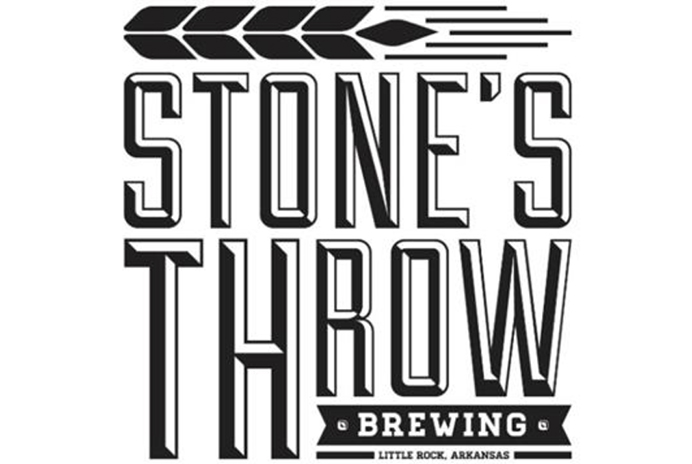 One of Little Rock’s most popular microbreweries, Stone’s Throw Brewing, is opening a second location in the Stifft Station neighborhood. This move will serve as a big step for the company, and for the whole area at the intersection of Markham and Kavanaugh.
They will join Pizza D’Action and the Oyster Bar in Stifft Station, moving into one of the many empty storefronts that also occupy the area.
Stone’s Throw opened the doors to its first location on 9th Street in downtown Little Rock five years ago, as a passion project of four guys who met in a local home brew club. Since then, Stone’s Throw has become a staple of Central Arkansas, cementing itself as one of the state’s favorites in an increasingly popular market for microbrews.
Not only does Stone’s Throw offer more than a dozen different self-brewed beers and ciders; but also a food truck-inspired food menu, bar snacks (including Loblolly Creamery and Izard Chocolate) and Sunday brunch.
Last month, Stone’s Throw opened up a temporary tap room in Stifft Station for the Pop Up in the Rock event, which is a local initiative to assist underdeveloped parts of Little Rock. Managing partner, Ian Beard, says they “had been looking for a while for another location that would be good as a neighborhood gathering place like [their] current location is,” and the warm reception and success of this temporary tap room locked in Stifft Station as the place they wanted to be.
The parallels between Stifft Station and their original location on 9thStreet also make this move seem destined in Beard’s eyes. Both involve historic buildings, in historic districts, and an old trolley station.
As far as the future of Stifft Station goes, Beard is optimistic.
“We’re going to help complete filling that space out. Pop Up did their job bringing people out there.”
During the Pop Up in the Rock event, the usual four lanes of traffic on Markham were decreased to two, which slowed down traffic and allowed pedestrians more space to walk around the area safely. Beard says they are keeping an eye on whether the city decides to make that lane reduction permanent, as this would allow them to have a patio out front of their new location, and would also increase business for the entire neighborhood.
Stone’s Throw’s new location will not do any brewing on site, nor have the food menu that their 9thStreet location offers. However, they will boast 20 beers on tap, including guest tap features from smaller Arkansas breweries. Stifft Station will also be roughly twice the size of their current location, which will allow for double the seating, and possibly a small stage for music performances. There will also be plenty of dedicated lot parking, so guests do not have to worry about parking along a very busy Markham Street.
Stone’s Throw plans to have their new location open by the end of 2018.
RELATED: Read all about Arkansas’ growing craft beer industry!
Dustin Jayroe is an AY contributor, and co-website manager and political editor at www.millennialmouth.com