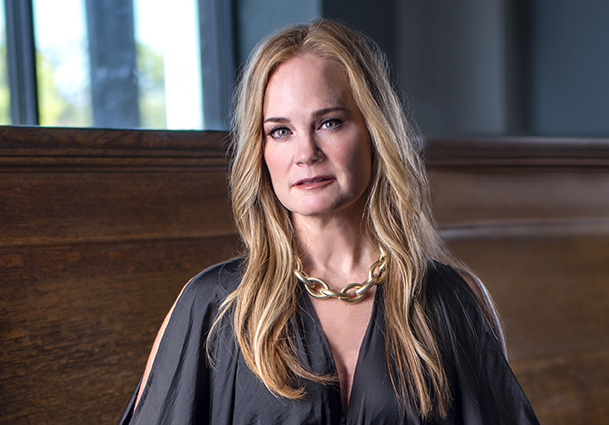 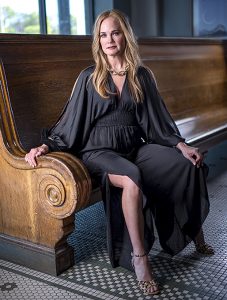 Penny and John Burkhalter were faced with a difficult decision during what should have been the most joyful time in their lives. Four months into her second pregnancy, Penny noticed a small, palpable lump during a self-exam and began to worry.
Almost immediately, the couple agreed Penny would seek counsel from her physician. During the examination, the doctor assured Penny that the pea-sized growth could be a result of pregnancy and hormones, but he still followed up with a routine biopsy.
“Penny was home when the doctor called with the results; she was told the tumor was, in fact, malignant,” Burkhalter says. “I drove home from work immediately, and remember Penny asking if she was going to die. I said, ‘No,’ and then I remember just standing in the yard with her crying.
“I can honestly say that after getting news of Penny’s diagnosis, I was depressed,” he adds. “If you ask anyone who knows me, I’m the guy who can run harder and faster than anyone around me — this took the air out of my sails. All I could feel was an overwhelming sense of pain and helplessness. We were honestly not in control this time. Usually things can be fixed by hard work or more money, but not this time.”
RELATED: Intriguing Women: Penny Burkhalter
At their next visit, the Burkhalters were told the cancer was Stage 1 or 2 and needed to be removed. The doctor suggested Penny have a mastectomy but left the final decision up to her. The couple agreed with the doctor’s recommendations and opted for a double mastectomy.
“Penny really wanted a double mastectomy, but because of the pregnancy, the doctors didn’t want to keep her under long enough to remove both breasts. So initially, they only removed one,” Burkhalter says.
Immediately following the surgery, because of the stage of her cancer, Penny was left with no choice but to start chemotherapy treatments.
“This was a very hard time for us,” Burkhalter says. “You know, I just always thought, ‘Cancer, that happens down the street,’ but it was happening to us. In all of this, the medical community was great. They really mad this difficult time a little more bearable.”
Burkhalter recalls the hardest part of the experience. “Penny and I love charities. One night, after a treatment, we decided to dress up and go to an event. I remember, we were both getting ready, Penny had just gotten out of the shower and was fixing her hair when it all started falling out. We ended up spending the evening at her friend’s house… shaving her head.”
He remembers how hard it was, emotionally, for Penny, but says, “I still though that she was just so adorable.”
RELATED: Breast Cancer in Arkansas
After a few rounds of treatment, Penny’s blood count dropped and the doctors decided to build her immune system back up before delivery. Shortly afterward, her labor was induced and the Burkhalters welcomed a second daughter, Anna Grace, into the world; their first daughter is Johnna Kay, named after John.
“It was such an emotional time for us with all the treatments that Penny had undergone, the doctors warned us of the toll it could possibly take on Anna,” he says. “I remember as soon as she came out counting all her little fingers and toes and telling Penny, ‘Everything’s fine, the baby’s perfect.’”
He also recalls a very special event shared with his new daughter. “During all of the pregnancy, and during all of the hard times, I would talk to Anna in Penny’s belly a lot. Right after they delivered her she was laying on the table just crying and crying, and I said, ‘Anna! Anna! She immediately quit crying, turned her head and looked at me. I knew she had heard me, she knew my voice.”
A month later, Penny had her other breast removed and was finally at peace. She had resolution.
“It’s important for me to let other husbands know that an experience like this is hard,” he says. “But it does not change what you think of your wife one bit. I love Penny more today than I did when I met her.”
In 2007, Penny chaired AY’s Runway for a Cause. The luncheon raised $136, 035, the largest amount raised in the 10 years that AY Magazine hosted the event.
First published in AY Magazine 2006.
RELATED: Genetic Testing: Preventing Cancer Before It Develops