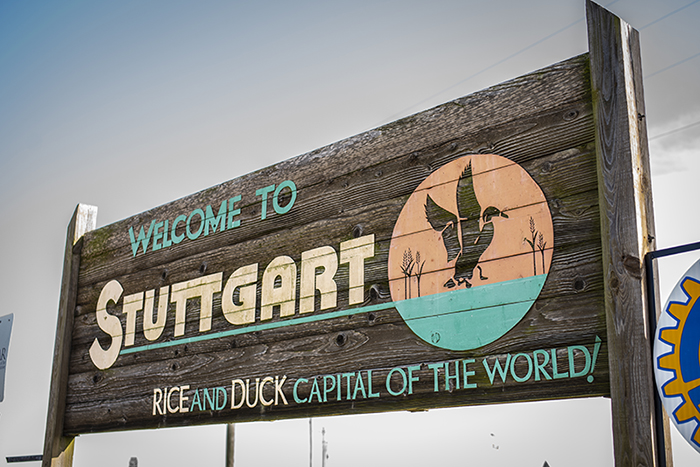 Few communities elicit the kind of international notoriety that has come to define Stuttgart. And that’s “stuht-gahrt,” not “shtoot-gahrt.” Rooted in the heart of the Arkansas Grand Prairie, the once-colony of German immigrants has become a mecca for the American outdoorsman and the native soil from which the state’s greatest export is grown. 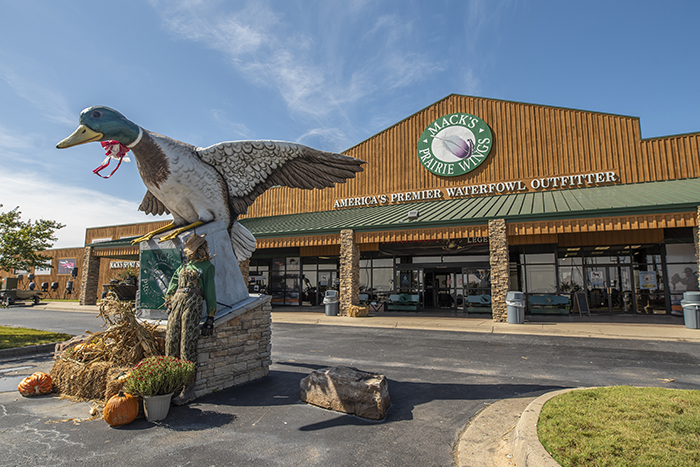 And there’s no better time of year to make your pilgrimage to Stuttgart than November. It’s this time of year when the quiet community of some 9,000 residents earns its title as the Duck Hunting Capital of the World. The Grand Prairie skies fill with countless waterfowl, and the wadered warriors follow.

“The most incredible thing to witness during the month of November is the thousands and thousands of waterfowl that can be seen flying through the air. It’s a sure sign that duck season is right around the corner,” says Bethany Hildebrand, CEO of the Stuttgart Chamber of Commerce. “I believe duck hunting is definitely one of the best fall activities to take part in when you’re in Stuttgart.”

Stuttgart plays host each November to the Wings Over the Prairie Festival, an annual celebration of all things duck hunting, held over Thanksgiving weekend. The community’s marquee event is headlined by the World’s Championship Duck Calling Contest, where the world’s greatest duck caller is crowned each year. 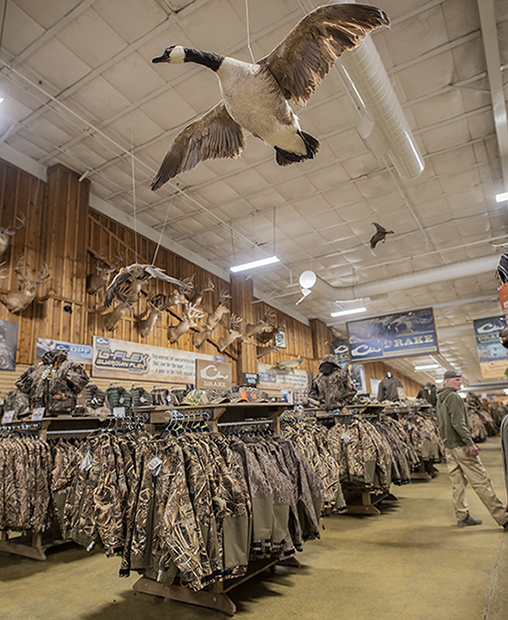 This year’s event marks the 84th competition, which began in 1936 to settle a dispute among local duck hunters as to who was the best duck caller. The inaugural winner in 1936, Thomas Walsh, was not an Arkansan and didn’t even use a duck call. But in the years since, Arkansas has held its own.

Though not as world-renowned or long-lived as the calling competition, the World Championship Duck Gumbo Cookoff might just be the fan-favorite. On average, more than 50 teams compete for the grand title with recipes that have to contain at least 50 percent duck meat. According to event organizers, competitors come from miles around, and more than 3,000 folks attend. 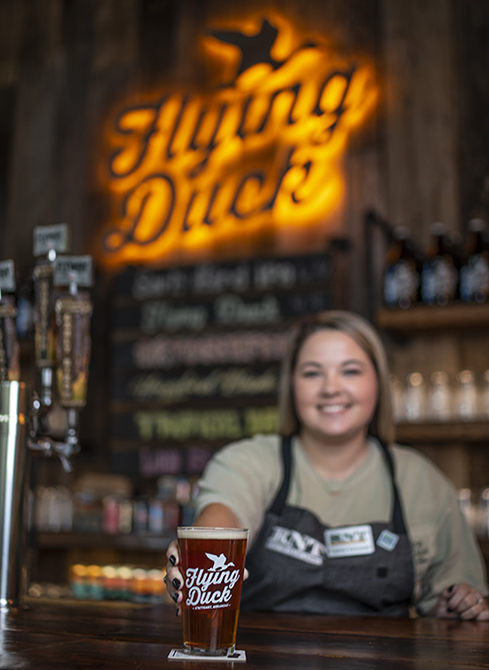 The Wings Over the Prairie Festival, as a whole, draws upwards of 40,000 attendees each year, swelling Stuttgart with enthusiastic hunters and their families and bringing millions of dollars into the local economy. According to the Stuttgart Chamber of Commerce, a study conducted a few years back found that roughly $1 million is brought in each day of duck season.

“The Wings Over the Prairie Festival is a celebration of duck season and a way for us to celebrate our culture,” Hildebrand says. “It truly offers something for everyone, even if you aren’t a hunter or duck caller. We have a great duck race, carnival and midway with vendor tents full of exhibitors, a Baggo tournament, sporting clay shoot, the World’s Championship Duck Gumbo Cook-off, duck calling and much more.”

It’s worth noting that Stuttgart’s status as the duck hunting capital of the world is made possible largely because of the collaboration between waterfowl conservation and rice farming. And in Stuttgart, rice farming is also king.

Rice is said to have taken hold in the region at the turn of the 20th Century when W.E. Hope planted a small plot of rice as an experiment. It yielded 139 bushels per acre, and the Stuttgart Rice Mill Company was formed soon after. 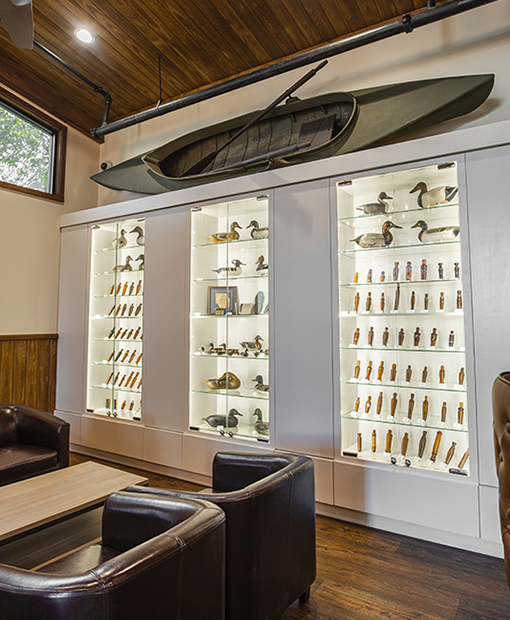 Fast forward 100 years, and Stuttgart is known internationally as the Rice Capital of the World and home to Riceland Foods, the world’s largest rice miller and rice marketer. As the region churns out the state’s top cash crop, the flooded fields farmer leave behind create a natural oasis for migrating ducks.

“Our rice farmers serve mankind, but also serve nature,” says Lauren Waldrip, executive director of the Arkansas Rice Federation. “For almost 100 years, Stuttgart rice farming has had a symbiotic relationship with waterfowl conservation. Ducks love an aquatic environment, and rice is grown in just that.

“Everyone loves to hunt flooded timber, but flooded rice fields provide food, habitat and great duck hunting,” she adds. “To replace our rice infrastructure, surrogate wetlands that provide the critical habitat needed for the survival of 100’s of species of wildlife, would cost well over $3.5 billion.”

To fully appreciate the century-long relationship between Stuttgart’s rice farmers and waterfowl, one needs spend some time at the Museum of the Arkansas Grand Prairie.

Formed in 1974, the Museum of the Arkansas Grand Prairie was created to preserve the Arkansas County’s heritage as a center for rice production and duck hunting. The museum is home to more than 20,000 square feet of artifacts and history and recently was expanded to house the Arkansas Waterfowler Hall of Fame. The museum receives high praise from Arkansas Parks and Tourism Board member Weston Lewey, who names it among her favorite destinations in the region. And according to Hildebrand, it is one of the community’s “must-see” attractions. 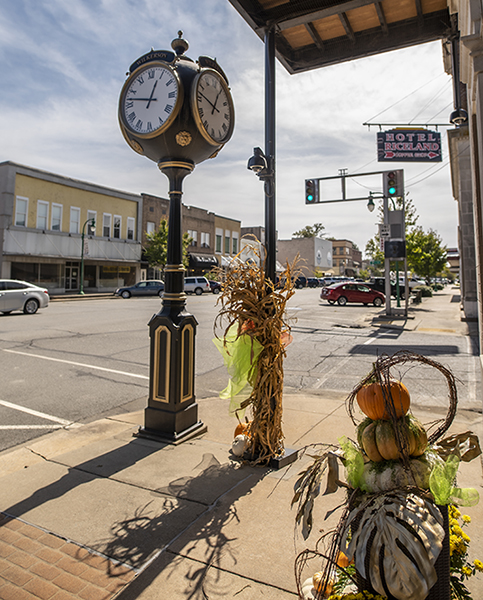 The influx of outdoor enthusiasts with money to spend help a number of incredible Stuttgart-based businesses thrive, especially those that cater to the duck hunter. Some of these companies have been serving the Stuttgart community and those who visit it for decades, including the legendary Mack’s Prairie Wings.

“You can’t come to Stuttgart without stopping by Mack’s Prairie Wings,” says Hildebrand. “Founded in 1944, Mack’s takes pride in being America’s premier waterfowl outfitter. Mack’s may specialize in waterfowl gear, but they also carry hunting items for all game … With over 32,000 square feet of retail space, Mack’s is a must-see while in Stuttgart.”

No pilgrimage to Stuttgart would be complete without a visit to the famed and recently reopened Rich-N-Tone Calls. Known by many as RNT, the company was founded in 1978 by the late World Champion and Champion of Champion caller Butch Richenback. RNT manufactures custom hunting calls, and according to Hildebrand, prides itself in continuing the sport of duck calling now and for future generations.“They are happy to show you around and teach you about the sport. Also, don’t forget to stop by the Flying Duck Bar while you’re there.”

The factory is back in full swing following a 2016 fire that burned so hot it bent steel girders. John Stephens, RNT president, says the company never entertained ideas to rebuild anywhere other than Stuttgart, but they did take the opportunity to reimagine what RNT’s presence could be in the future.

“At first, we were going to just build back pretty much exactly what we had,” Stephens says. “Then we got to thinking, ‘well, we got an opportunity. We can change some stuff.’ So we all started brainstorming.

“We’re trying to have more of an experience when you come here, where you can see calls being made,” he adds. “Really, the big thing we’re trying to promote is the heritage of call making because it’s been a big part of our life, and it’s obviously a big part of Stuttgart’s culture and Arkansas’ culture.”

Also sewn into the fabric of Stuttgart commerce since the early 1970s is Wilkerson Jewelers. The jeweler has been a city staple since 1972, priding itself in housing the most exceptional and diverse jewelry inventory in the state with selections from all over the world. 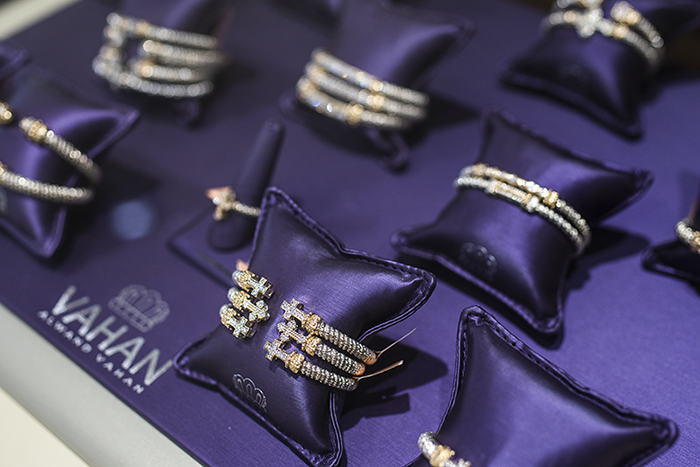 “[Wilkerson Jewelers] is conveniently located in downtown Stuttgart. Wilkerson’s is sure to have just what you are looking for your significant other or even a treat just for yourself,” says Hildebrand. The downtown Stuttgart area, she adds, is also home to a number of other shops worth visiting. “I would highly recommend a visit to our beautiful downtown. We have so many unique shops that you are sure to find something you can’t live without.”

If you’ve never seen the ducks fill the sky over the Arkansas Grand Prairie, tasted an award-winning pot of gumbo, heard the quintessential quack of a locally crafted duck call or explored the beautiful shops of downtown, now is the time.

Hildebrand says, “Come see what the fuss is about. We can’t wait to see you in Stuttgart.”