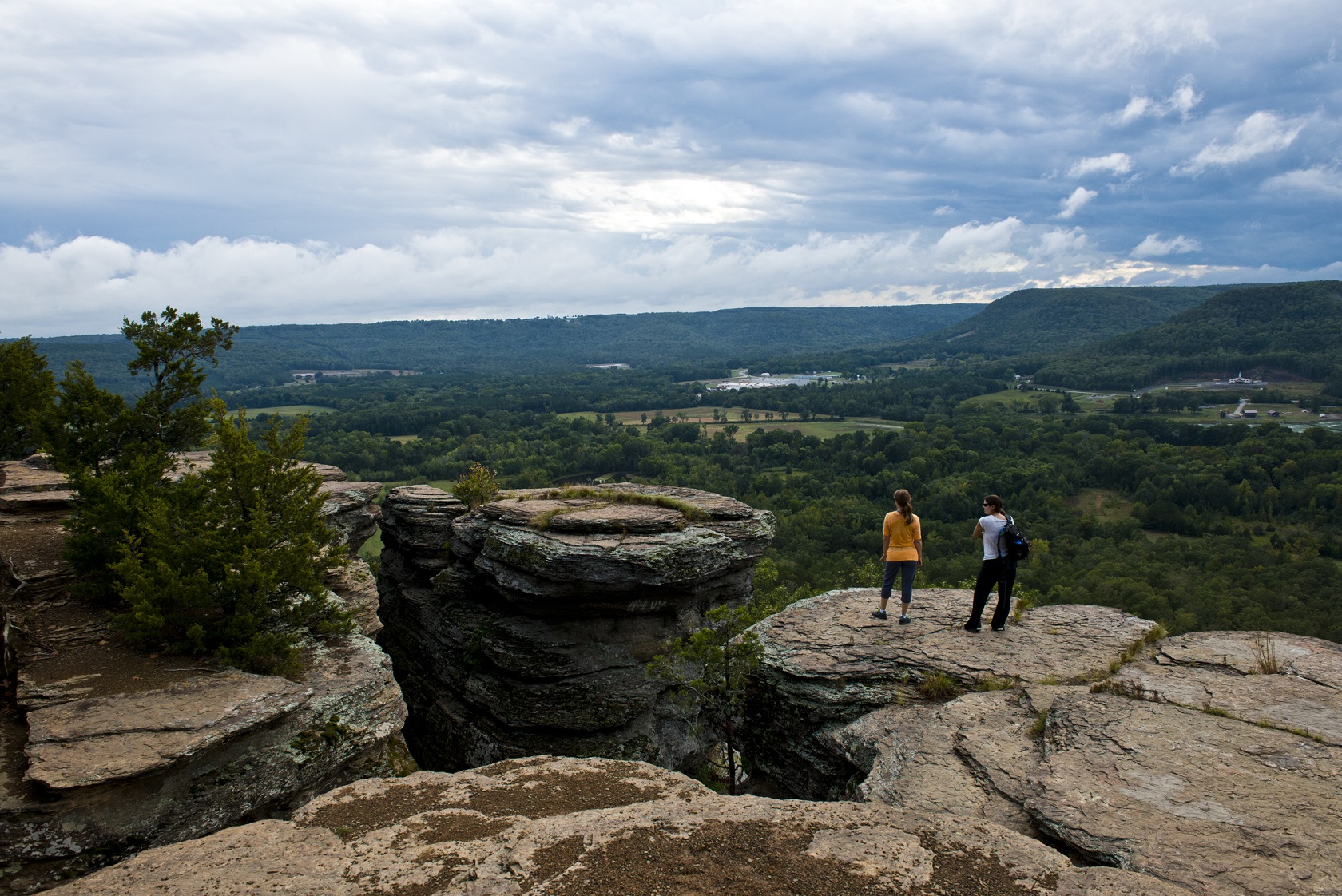 Jill Rohrbach, travel writer
Arkansas Department of Parks and Tourism
Sugarloaf Mountain, a 690-foot erosional remnant near the Little Red River, is a popular spot in Heber Springs.
The earliest white settlers called it Sugarloaf because it looked like the shape of the loaves of unrefined sugar in use at that time. That also became the name of the community that developed nearby. While the town name was later changed to Heber Springs, the mountain retained the name Sugarloaf, according to signage on the mountain trail.
The view from the mountain extends for miles in every direction, making it a popular destination throughout the years. Unfortunately, in addition to those who enjoyed getting out in nature to hike and climb Sugarloaf, it was also popular with graffiti artists. More than a decade ago, every boulder and surface along the trail up to the summit was painted.

But area residents Frank Barton and Joe Rath would change all that in 2007, according to a press release by resident Robin Harris. Their love of the mountain and interest in cleaning it up lead to the formation of the Sugarloaf Heritage Council, which is celebrating its 10th year. The organization, and the people who embody it, have much to celebrate – graffiti-free rock, new trails, community pride, plans accomplished, and plans for the future.
Community members, and business owners have been an intrigal part of the Council’s plan through volunteer hours and donated monies. There were phases to the plan that the Council first started with: remove graffiti, restore and enhance the Summit Trail, create the Tonawanda Trail (Base Trail), and create the Wildlife Trail.
Removal of the graffiti seemed insurmountable. The paint was so thick they couldn’t find anything that worked to take it off, until Baggett found Elephant Snot. Of a consistency and color that reflects its name, the expensive solution was painted over the graffiti and then removed by a pressure washer, an arduous task on its own. After buying a pump, hauling barrels of water up the mountain, then raising more funds to put in a water line, they eventually found a method that worked. To reach all of the graffiti, they had to hang by ropes with the force of the pressure washer pushing them away from the mountainside as they sprayed. It took almost two years before the graffiti was gone.
Around this time, the Greers Ferry Lake/Little Red River annual cleanup included the Sugarloaf Mountain in its efforts. It had never been done before and more than two dozen people collected over 600 pounds of trash around the mountain
Finally, the council turned its attention to the trails.
Volunteers installed bridges, cleared trails, blazed a trail with chainsaws along the old Missouri North Arkansas Railroad bed, and spread gravel. Summit Trail, Tonawanda Base Trail, Sulfur Creek Trail and ADA compliant Hidden Pond Trail are available for exploration.  The Wildlife Trail is currently under construction. When this trail is finished, the original plan established by the Sugarloaf Heritage Council will be complete.
The mountain trails took shape because of grants, fundraisers, and the sweat of volunteers, which came from not only the Council but also churches, and businesses. The Council contributed more than 600 hours of volunteer labor which combined with others allowed Heber Springs to be named the Volunteer City of the Year in 2013.
So grab your friends and family and head to Sugarloaf Mountain. As you enjoy the scenery and view, say thanks to the Sugarloaf Heritage Council and all of those caring souls who donated their time.