This series is to give a more in-depth look into Arkansan’s personal life and dreams of how they have become what they are today. The Sunday supper table is where life conversations happen. I didn’t have to reach far to bring beautiful people to my table.

As director of mental health for Pulaski County Regional Detention Center, Anna Grace Iaboni has found the recipe it takes to handle the position. Ingredients include empathy, grace, integrity, endurance, compassion, along with a heart of pure gold.

Iaboni has kick-started a new health and wellness program to help inmates during this pandemic. All inmates are on a 23-hour lockdown during the pandemic to help limit the spread. The result of this has led to physical and mental challenges for the inmates and staff.

Anna Grace might not have known as a young child; she was destined to play a huge part in people’s mental health.

She laughs as she says, “I wanted to be a dental hygienist.”

“My mom said I wasn’t smart enough,” she says. “She knew I couldn’t pass the chemistry.” 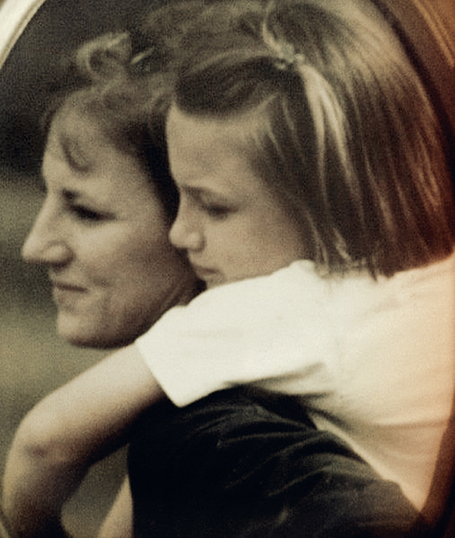 Anna Grace and her mother Nancy

At 29, she has overcome both mental and physical obstacles. Diagnosed with Type 1 diabetes at the age of seven, she had to learn to manage physical and mental challenges to stay ahead of the disease.

“Diabetes isn’t just about diet,” she says. “It is about managing physical and mental stress, along with your diet.”

“I can do anything I want to do,” she says, smiling.

And she does just that – Cross-Fit, boxing, soccer, mountain climbing, skiing – you name it, she does it!

As we sat down to visit, I remembered the journey she had as a child dealing with juvenile diabetes.

As a young child, Ann Grace had an outgoing spirit; she was always seeking out those who would listen to her thoughts. I often would find her at birthday parties in kitchens of local party centers, talking to the staff about life as a six-year-old could describe.

After the diagnosis of Type 1 juvenile diabetes, her parents found Camp Sweeney in Whitesboro, Texas. The camp mission is to teach children and young adults how to live the kind of disciplined lifestyle which will allow them to live healthy lives.

The primary focus of Camp Sweeney is to encourage each other to seek the good in themselves, and each other, to place value in virtue rather than the distractions of the world. This philosophy matched perfectly in line with Anna Grace’s family.

The camp is an excellent base for support to each other and to build long-lasting friendships that last a lifetime. Anna Grace has kept a close circle of friends that she met from the camp. Along with successes, there are some tragedies. The close-net group recently lost one of the friends to the disease. 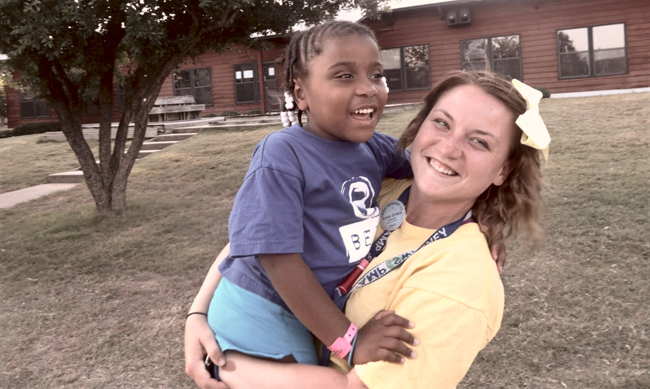 Type 1 diabetes was not the only disease Anna Grace would become familiar with and rally around. Her beloved mother, Nancy, lost her life to ALS after a brave battle in 2012.

Anna Grace held fundraisers, sold bracelets, and organized walks for the Organization before she graduated College. 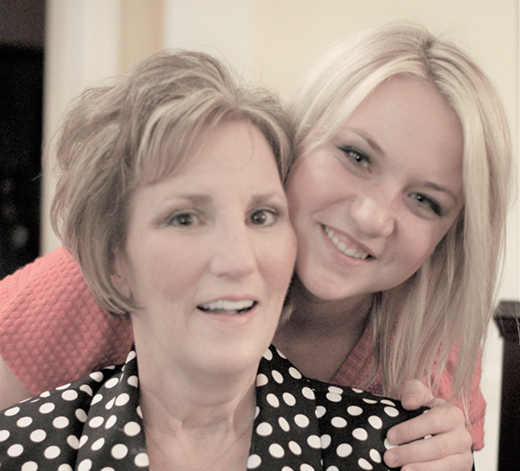 It was during her college years at Harding University; she would begin her journey into social work. Anna Grace was interested in all aspects of social work and the fight for social justice.

Anna Grace researched and learned of the documentary “Gang War: Bangin’ in Little Rock, a1994 HBO documentary about street gangs in Little Rock. The documentary would lead Anna Grace to become familiar with Leifel Jackson, leader of the gang, referred to as the “Crips.” During the 1990s, the Crips were described as one of the most dangerous gangs in Arkansas.

Anna Grace reached out to Jackson to volunteer and learn all she could about these programs while attending Harding University. An avid reader, Anna Grace wanted to share her love for books and help the program by tutoring, reading, or whatever she had to do.

Iaboni graduated with a bachelor’s from Harding University and received her Master of Social Work from Roberts Welseyan College in Rochester, New York. In 2018, she earned her LMSW.

Anna Grace began working in child protective services as an investigator. She continued her career as a clinical therapist for the K-12 school system for overall mental health concerns they might endure.

While in New York, Anna Grace met Pete Iaboni, a fitness guru and Cross-Fit instructor. The pair would work out together and begin their courtship. Pete proposed to Anna Grace on the Brooklyn Bridge. In August 2017, the couple was married in Little Rock surrounded by family and friends. 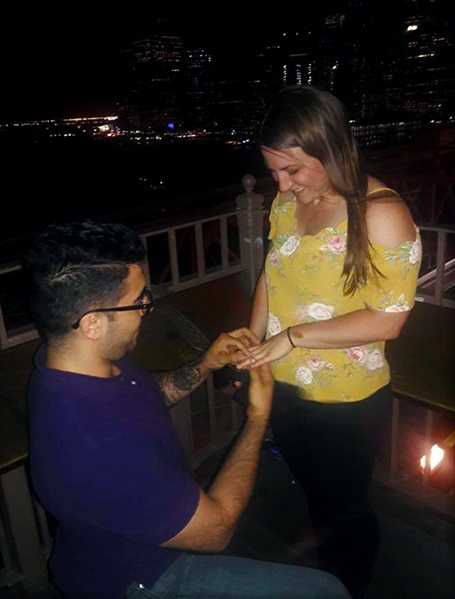 Today, Anna Grace and her husband Pete are passing on their love for fitness to the inmates at the Pulaski County Detention Center. They reached out to other certified fitness instructors across various gyms to form the group of volunteers to help with physical exercise, which will lead to positive mental health. Iaboni spent many hours researching how programs like this have helped overall mental and physical help to inmates.

“My goal is to help anyone I serve, but particularly inmates see their lives matter, and their lives are valuable,” she says. 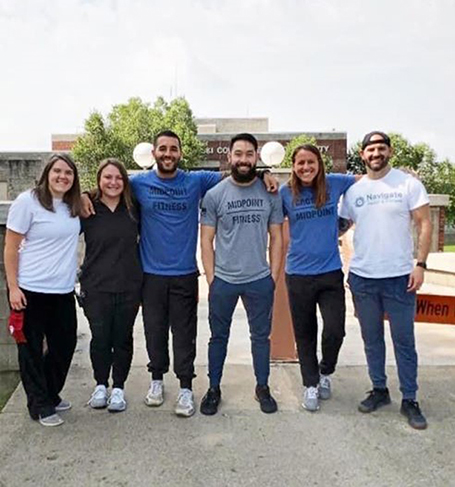 From left to right, Taylor Sherrill, Anna Grace Iaboni, Pete Iaboni, Alex Backholm, Whitney Gorsegner, and Smitty Smith. This group of volunteer instructors is committed to helping the overall wellness of the inmates at the Pulaski County Regional Detention Center.