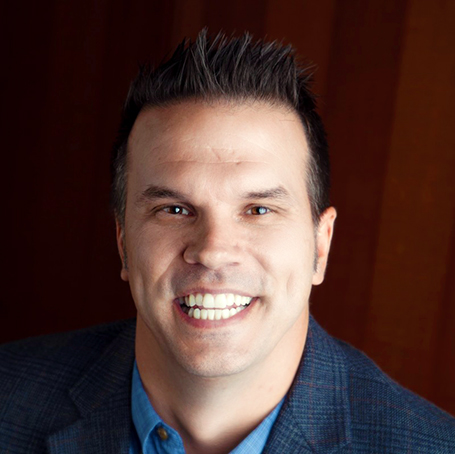 Arkansans sometimes are smart Northern originals. However, when the Southern hospitality rubs off on them, they decide to hang around and call Arkansas home.

Ted Clouser, CEO of PCA Technology Solutions, calls Arkansas home. I have known Ted for more than 20 years. He brings a wide range of ingredients to my Sunday Supper table, including being articulate, a compassion for life, his kindred spirit, being an extrovert, and having a smile as big as Texas.

I met up with Ted recently to catch up with the ever-changing technology world. Being in information technology, or IT, for many years myself, it is nice to visit folks who understand our language. Ted and I are different from the typecast personalities that people often refer to as IT people. We both like to talk, and we both are extroverts.

When I first met Ted, he was in his early twenties. He presented himself with such maturity that I had no idea he was that young when we first met.

Ted grew up on a dairy farm in Pennsylvania, along with his two siblings and parents. He “got computers.” Those of us that are IT understand that you are gifted with the talent of how to understand them somewhat how artists are gifted to paint, play instruments, or sing. 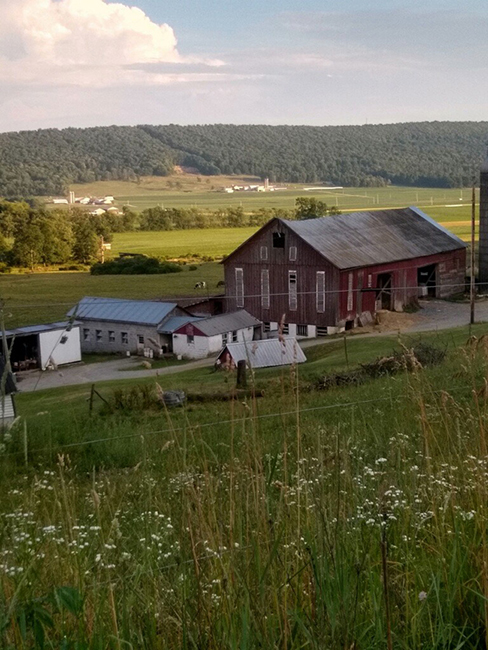 Ted dabbled with computers and became a tech that built and repaired personal computers. Ted decided that he wanted a change of scenery. At the age of 18, with only $400 in his pocket, he drove to Little Rock, where he had a friend.

He arrived in Little Rock in 1996 and being sending his resume to all the local tech firms in town. Ben Thomas, who founded PC Assistance, took a chance, and hired Ted. He hit the ground running to learn as much as he could.

A couple of years later, Ted went on a blind date to Casa Viva in Little Rock. Those of us who have been around Little Rock forever new it originally as Casa Bonita. Ted’s blind date happened to be Stephanie, his bride of over 20 years. The couple met in February and married in November. 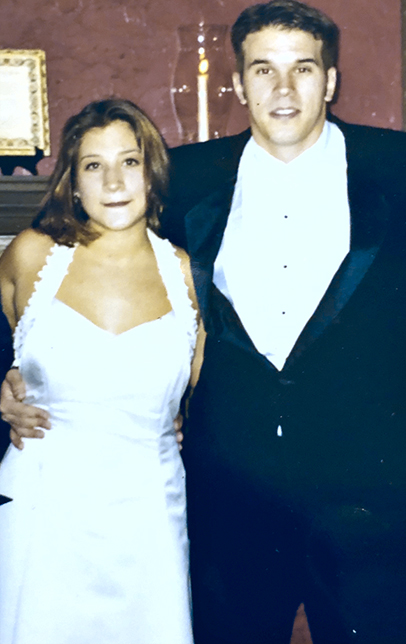 In 2012, Stephanie joined PC Assistance as the business development officer, and the couple found family inside and outside of the office.

Ted quickly became a great asset to PC Assistance and the rapidly changing IT world. He helped to put PC Assistance on the map as world leaders in Technology. Ted became executive vice president until Ben retired a few years ago and sold to Ted.

Ted, along with his wife Stephanie, has rebranded the company to PCA Technology Solutions. Stephanie has taken on the role of chief brand officer. 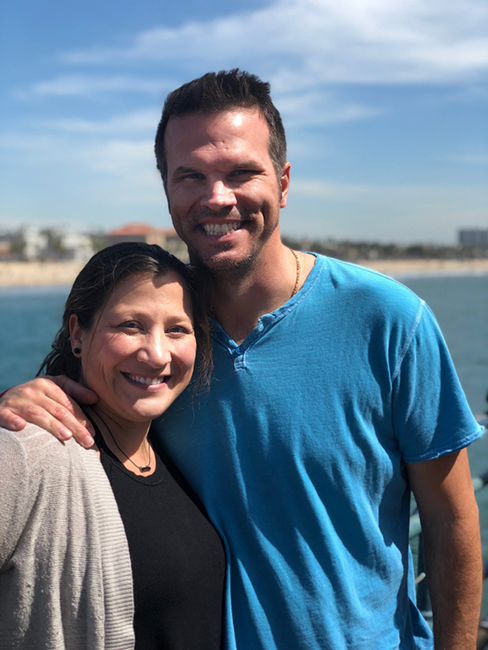 PCA Technology Solutions has offices in Little Rock, Bentonville and a virtual office in Nashville.

I continue to reach out to Ted today if I need assistance with servers, etc. Ted and the other systems engineers are highly experienced in cyber technology and all aspects of the changing technical world. “Technology is my platform, but people are my passion,” says Clouser.

Ted loves people. He believes in building relationships and works diligently to keep them growing. “I want clients to know they can pick up the phone and reach me,” he says.

I can attest that he lives by his statement. Ted believes in being authentic both inside and outside of the office.

Ted shared a story with me about a gentleman named Carlos that fate had brought them together. Ted was visiting one of their satellite offices in Nashville when he needed to grab a quick lunch.

A man approached Ted and commented on how much he liked Ted’s shoes.

“My shoes were just sanuks and nothing fancy,” says Ted.

Ted thought to himself that the man probably was a panhandler.  However, Carlos wasn’t after money or the shoes, he just wanted someone to have lunch with him. Ted agreed and grabbed lunch with Carlos.

What Ted didn’t realize is how much that he needed Carlos. Ted mentioned to Carlos that he was in town from Little Rock for business meetings. Ted was surprised when Carlos began naming off streets in Little Rock. Ted couldn’t believe that the connection. Carlos explained that he was from Pine Bluff. Carlos went on to say that he hadn’t seen his family in many years and hoped they could reunite somehow.

Ted asked Carlos if he would pray that he might somehow be reunited with his family.  Carlos agreed and they prayed together. Needing to get back to his meetings, Ted asked the waitress for the check.  The waitress told Ted that someone had picked up the tab. Ted walked away, receiving two blessings that day.

A few short days later, Ted and Stephanie planned to have a progressive dinner date in downtown Little Rock. Ted dropped off Stephanie to find a parking spot.  As Ted went to meet up with Stephanie, he saw a man talking to her. The man turned out to be Carlos.

Ted was mesmerized. How could it be Carlos? Carlos told Ted that he had learned of his sister’s passing in Pine Bluff.  He made it to Little Rock, but Carlos needed money to continue his journey on the bus for the funeral. Stephanie happened to have some cash and gave it to Carlos.

Ted, still a little in disbelief that this was Carlos, thought maybe it was God’s plan for him to drive Carlos to Pine Bluff. Ted prayed for a sign if this was what God planned on him doing. Ted and Stephanie tried to catch up with Carlos, however, they couldn’t find him.

As Ted was telling me this story, I had goosebumps all over me.

“Was Carlos real?” I asked Ted. Ted said he wondered the same thing. “He has to be – Stephanie saw him too.”

Ted and Stephanie attend Fellowship Bible Church NLR with their two kids and share a deep faith as a family. They all enjoy spending time together traveling and sharing meals. 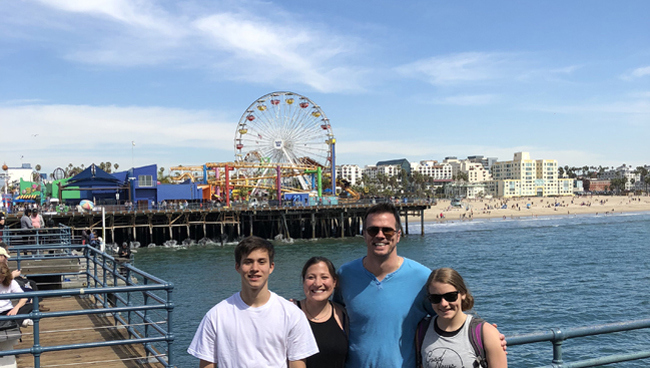 Ted reached out to LinkedIn and gained approval to launch an uplifting series “Win the Day.”The series will be weekly, and there as some amazing people lined up as guests. I promised to keep them a secret for now.

“I am merely a servant.”

“After all, my purpose is more than technology; that is simply my platform.”

Follow Ted at https://www.linkedin.com/in/ted-clouser-58a842156/ to watch the series as it goes live.

Our Sunday Supper recipe comes deep from Ted’s childhood roots in Philadelphia. When Ted was 15, he worked at Phil’s Pizza and Sub Shop. His mother worked on the diner side of the restaurant. Ted fell in love with the well-known classic “Philly cheesesteak.”

“If I go to a restaurant now, I ask for marinara to pour over my cheesesteak; if they don’t have it, I don’t want it,” he says. “I certainly don’t want cheese-whiz!”

READ MORE: Stephanie Clouser – A Leading Light in the IT Industry