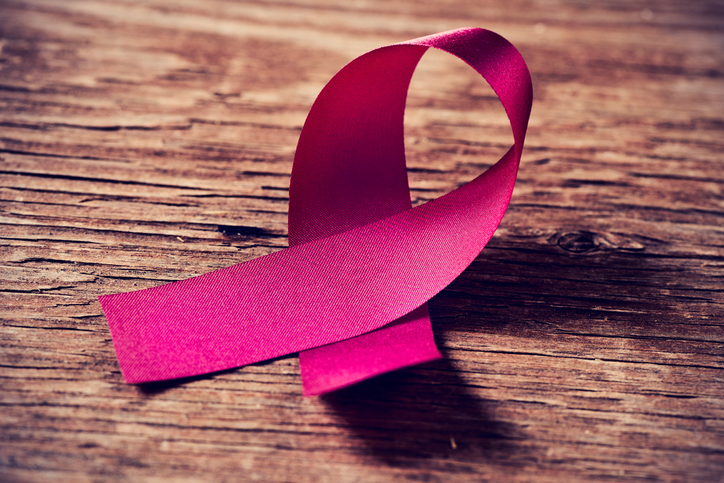 Karen O’Dell is a strong, family-oriented cancer fighter. Her experience with Highlands Oncology Group has been absolutely wonderful.

She says her family has constantly prayed for her and that has been her biggest blessing.

“We are very thankful this happened in God’s timing. I’m on the other side tomorrow (August 18). Then we’ll do a PET scan. I’m expecting really good things and so are the doctors,” says O’Dell.

When she went for her regular mammogram last September she knew something was going on.

“We went back in January and they found a large mass,” she says.

O’Dell says she works at Camp War Eagle. “My busy time was starting and I was like ‘I can’t do this right now, give it to me later.’”

She says no one in her family has ever had cancer. “We were kind of lost, and [the doctors] just walked my family and I through it.”

Her MRI and her oncologists were set up within days.

“Being able to get the ball rolling was the biggest blessing,” she says. “They also gave me a social worker that kept up with me. I really appreciated that.”

“Dr. Rosenfeld started me on chemotherapy. My first time was horrible. He understood I wanted to keep working. I started going every week taking a smaller amount to see if that would keep me on my feet. Dr. Rosenfeld was really good to keep that going. He was so good to tweak my medications and tweak the new pop-ups that were coming along. He encouraged me to keep working and keep my routine going as much as possible,” she says.

All of her doctors have been very honest with her, she says. Her family has also been treated wonderfully at Highlands Oncology, she says. “I can’t say enough good things about the doctors and nurses I’ve had.”

Carlene Spurgers knows you cannot battle cancer alone. The toughest battle of her life has been fighting breast cancer for the past year.

“I couldn’t have ever done it without my friends and my family,” she says. Besides the unending support of her family, she credits her faith in God and her talented surgeon for helping her through the difficult journey.

“Without God, you cannot get through things like this,” she says.

“Dr. Tonya Martin-Dunlap is a true blessing. She is an amazing person and surgeon.” Spurgers continues, “She just comes in and is so kind. You feel so comfortable with her right off the bat.”

“I went into my first surgery on Oct. 13 at St. Vincent’s Hospital [CHI St. Vincent Infirmary].”

When Spurgers followed up with Dr. Martin-Dunlap on Oct. 20, the surgeon informed her that she needed a second surgery to completely clear the area of cancer. Some of the cancer was too close to the margin.

Dr. Martin-Dunlap did such an amazing job on Spurgers’ surgery, she says. “You cannot even tell that she did it. You can’t see it. She is an amazing surgeon.”
She finished her radiation treatments and found out she was cancer free on Feb. 1, 2017.

“What I’ve learned is that you can’t be Wonder Woman all the time… You have to open up and be more willing to let people be a part of what is going on in your life.”

Cynthia Martinous wasn’t surprised when she discovered she had breast cancer. Her mother was diagnosed with the disease at age 36 and passed away at 44. Prevention has been part of Martinous’ life since she was old enough to know how to perform her own breast exams.

Because of the difficult road her mother faced – a radical mastectomy, and being in and out of hospitals for years – Martinous says she was terrified of hospitals. Not one to let her fears control her, she decided to counteract her anxiety and become a nurse.

“I started out as a nurse’s aide and then worked my way into oncology,” she says. Martinous worked as an oncology nurse full time and part time for over 20 years. “I worked at nearly every hospital in Little Rock. Sometimes I feel as if that made it worse for me because I know firsthand how sneaky this disease can be,” she says.

Martinous says she was nonetheless disheartened when she found out about her diagnosis. “I felt like I had paid my dues. My mother died of breast cancer. I worked as an oncology nurse and I was good – really, really good,” she says through teary eyes.

Making sure her family and others are practicing good prevention is now her primary goal. “I was shocked to find out that only 40 percent of women in Arkansas have a mammogram every year. It’s the only way you’re going to catch it,” she says.

Special thanks to The Junior League of Little Rock and The Castle at Stagecoach for allowing us to use their beautiful facilities to photograph the brave breast cancer survivors featured in this issue.