The Kids Are All Right: Sylamore Special is Keeping Bluegrass Young 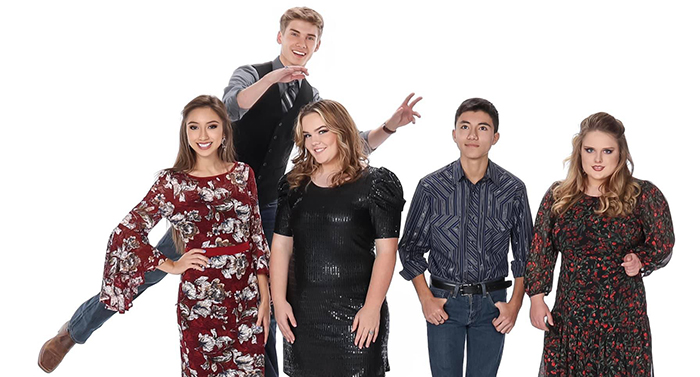 The Kids Are All Right: Sylamore Special is Keeping Bluegrass Young

In case anyone was concerned about how older music styles will fit into the younger generations’ playlist, the members of the band Sylamore Special are proof that at least the bluegrass genre will remain alive and well for many years to come.

Five teenagers from Northwest Arkansas sharing a love for the music of the mountains decided to form a band a year ago. In this one year, the group has won awards, traveled together and will take to the Arkansas Country Music Awards stage in June 2022.

“Our ages range from 15 to 19,” says Mary Parker, the band’s fiddler and manager. “There’s my brother, Gordon Parker, on the mandolin; Turner Atwell on the guitar; Lillianne McCool on the banjo; and Mercy Grace on the bass.”

While the five teenagers may have played together at random times, the group was never official until an opportunity presented itself in 2021. Until then, the members each found their music outlets in picking with family, performing with other groups and strumming with friends. After a bit of instant success as an ensemble, Sylamore Special was born.

“There’s a bluegrass competition in Branson’s Silver Dollar City called the KSMU Youth in Bluegrass Band Contest, and I thought for the heck of it I wanted to put a band together so we could compete. I didn’t think it would be an ongoing thing, I just wanted to do it for fun and they were all my friends and great musicians so I knew we’d have a fantastic time competing together,” Parker says. “We got together in January [2021] and they agreed to do it; we started to practice in May and then we competed in June. We ended up winning first place, and after all the fun we had we decided to continue on with the band.”

Sylamore Special has returned to perform at Silver Dollar City since their win, along with a growing list of other venues. The summer of 2022 will find the band at some of the largest venues yet with the Arkansas CMAs stage on June 6 and the National Mall in Washington, D.C., on June 26.

“[The National Mall] is probably our biggest gig yet. We’re really looking forward to this one,” Parker says. “I haven’t asked the rest of the band, but I think Silver Dollar City has been one of the best places we’ve performed at so far. The stage and the engagement with the crowd are great — not to mention that [Silver Dollar City] is a fun place for all ages so we have a great time on and off the stage.”

“[Being nominated] was a little bit unexpected. I mean, not just for one category, but for three. Entertainer of the Year — I think that really took us by surprise, for sure,” Parker laughs. “We are definitely honored. We’ve had such a fun time just performing, going to competitions and starting to travel a lot more. We love being able to represent Arkansas, especially in the ‘Bluegrass’ category.”

At this point in their journey, Parker believes the group is a family, and every family has their roles. Lillianne McCool, the eldest of the band members at 19, is referred to as the band’s “Grandma.”

“It’s fun being in a group of teenagers, but it can be a handful with all of them. She’s the one that’s keeping us on track, and when someone starts to get out of hand, she straightens them out pretty quick,” Parker laughs. 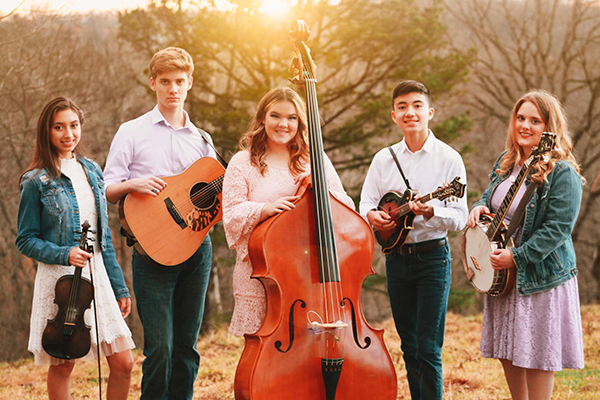 On the other end of the spectrum, the youngest, Gordon Parker at 15, is known as the quiet one — until he gets on stage, that is.

“He kind of keeps to himself, but he’s a great entertainer when we’re performing. We call him ‘Sugarfoot’ because he always amazes the crowd with his dancing.”

With a mix of characters in the band, life for Sylamore Special surely isn’t boring, and Parker believes some of their best moments are when the band members are simply hanging out and being themselves.

“A lot of our memories are behind the scenes. Performing on stage is a lot of fun, too, but behind the scenes and backstage we’re all chatterboxes and we have fun together,” Parker shares. “We’re all best friends, and while we can get out of hand sometimes and a little loud, trying to figure out what we’re doing and making plans together is definitely the best.”

On the “business” side of the band, some of Sylamore Special’s best moments are when their talent is being recognized.

“Winning the KMSU Youth Competition in Silver Dollar City was amazing,” Parker says. “We also went to an international bluegrass band competition in Nashville, Tennessee, where we competed and we were honored to take third place. That was pretty exciting for us.”

In January 2022, the band released their first single, titled “This Old Barn.” This is the first of many songs to be released in the next year.

“[This Old Barn] was one I actually wrote back in November or December. I was trying to come up with at least one song for the band, an original, but I couldn’t find the right subject. I finally wrote a line and then a melody, and I took it from there. I showed it to the band and they said they liked it — I hope that was true,” Parker laughs. “We sat down together and we came up with some arrangements for the song and all of [the band members] played a great part. They added their musical abilities and harmony parts. I think it turned out great.”

The band recorded their song with Jon Raney at Raney Recording Studios in Drasco.

“We’re hoping to release an album. We’re currently working and practicing to hopefully release an album by late summer or fall,” Parker says. “We hope it includes some originals as well as covers.”

As the band’s career continues to progress and the members mature, Parker and her bandmates understand that things might be more difficult before it gets better, but in the end, they have a solid foundation. They’re just playing with friends.

“We definitely hope to continue the band and take it as far as we can go. It’s a little bit difficult as some of us are still in high school, one of us is going to college in Branson, one of us has work. It’s hard to balance out our schedules but we’re making it work as best as we can,” Parker says. “We just love performing together and we’re all best friends — that’s what makes it a whole lot better.”

READ MORE: Country Music: In the Waiting Line, Marybeth Byrd’s Journey from The Voice to the Pandemic