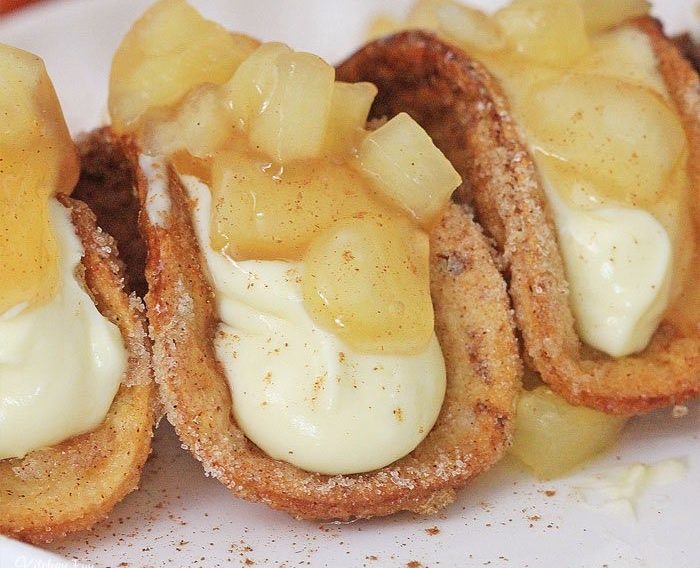 We don’t need cool weather to start celebrating fall and the delicious flavors that blow in with it. Cinnamon is the seasoning of the season, just ask any mom or grandmother breaking out the “fall” scented candles.

Bringing back the sweet tacos, this week’s Taco Tuesday is a recipe for apple pie dessert tacos. Get your mouth ready for cinnamon-coated tortillas and the soulful taste of apple pie filling. Much like garlic, you can never have enough cinnamon in a recipe, so have fun with it.