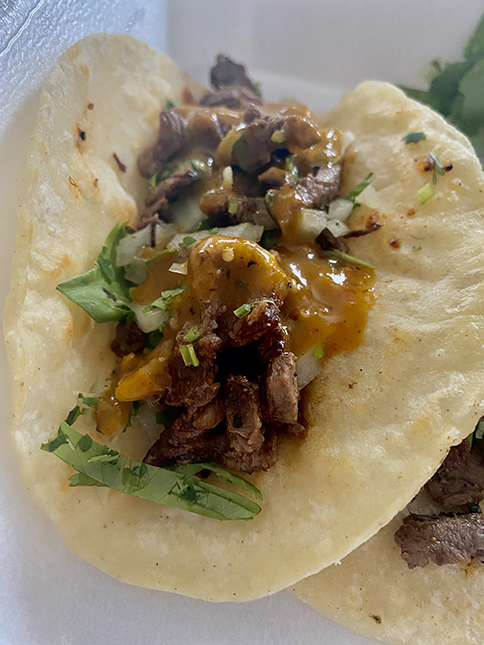 Arkansas has been searching everywhere for some heat the last few weeks, and Casa Mañana brought it today with their Mezquite street tacos. The Pollo al Mezquite taco and the Asada al Mezquite taco are each a party in the mouth with punches of flavor.

Trying both the chicken and steak option of the flavor, I was excited to experience the comparison, but it’s hard to compare when both are delicious in their own ways. The steak was well-seasoned and tender. I forgot to try a bite before I slathered the tacos in sauce, but it was evident that the steak had been expertly marinated. 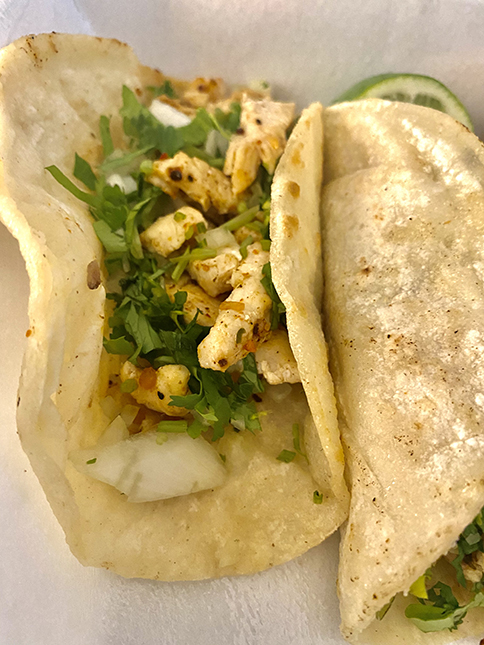 I’m not a professional, but I believe the chicken carried some sweeter notes of flavor compared to the steak. This may have been due to remembering to try the chicken by itself instead of the sauce bath I gave to the steak, but I thought the sweet flavor was exciting and almost caused me to finish off six tacos.

The sauce that I so gratuitously used as soon as I received my tacos is not for the faint of heart. I like to think of myself as having strong taste buds that do well under pressure, but one bite and my chilled Dr. Pepper was gone. That isn’t to say that the sauce wasn’t good, because it most definitely was – I just needed quite a few refills throughout the meal. The sauce came with both the Pollo al Mezquite and the Asada al Mezquite, and I learned from my mistakes and used the liquid fire more sparingly on the chicken.

The tacos were in true street fashion with cilantro and onions as the toppings and held together by a soft corn tortilla. All the flavors together were a wonderful blend that was quickly filling. Each flavor of street tacos comes in an order of three, so order a few different ones and share.