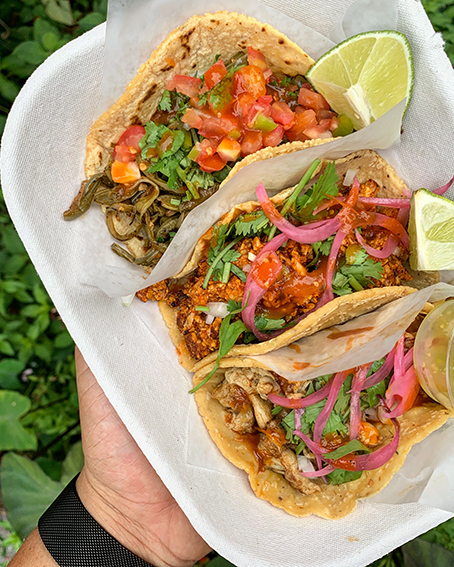 When Luis Vasquez opened El Sur food truck in April 2019, he wanted to serve traditional Honduran street food, but he wasn’t sure if people in Little Rock would be willing to give the unfamiliar food a try. 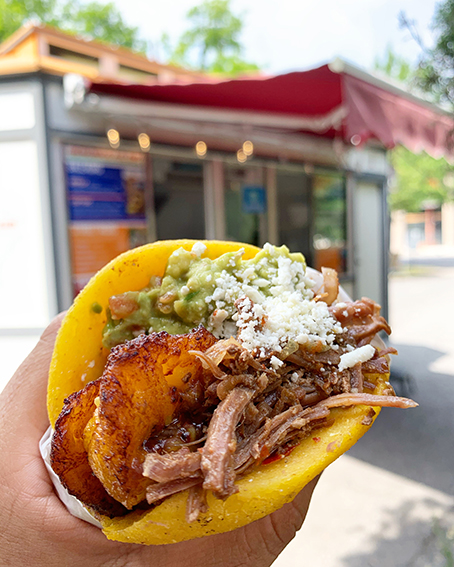 “It was scary, because I wasn’t sure how people would react to eating Honduran food,” says Vasquez, who was born in Honduras.

He ended up designing El Sur’s menu around three dishes from three different countries in Latin America. The street tacos, inspired by Mexican cuisine, are a more common item to find in restaurants around Arkansas, but El Sur puts its own twist on the dish. All tortillas are handmade using masa dough and fresh lime zest. Meat choices include al pastor, carne asada, chicken and birria, which is shredded short ribs. 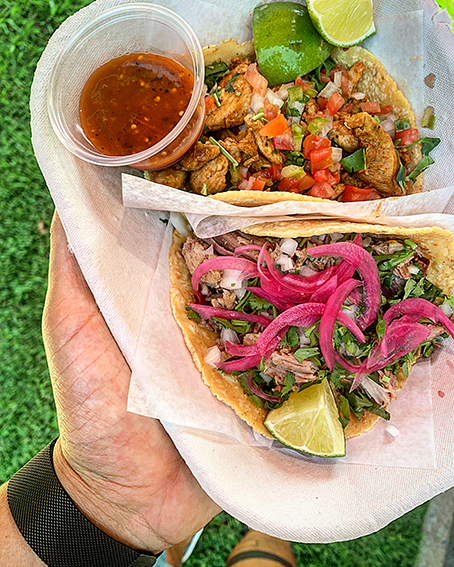 El Sur’s signature dish is the Honduran baleadas, which can be ordered two ways. The first is the sencilla, which means simple, that is a folded flour tortilla filled with refried beans, honduran crema and cheese. The other baleada is the con todo, which means with everything. It’s a burrito-like dish that comes with everything from the sencilla plus pickled onions, avocado, fried plantains and a meat of the customers choice.

Although he was initially worried about customers not liking Honduran food, the baleadas are now the most popular item on the menu. 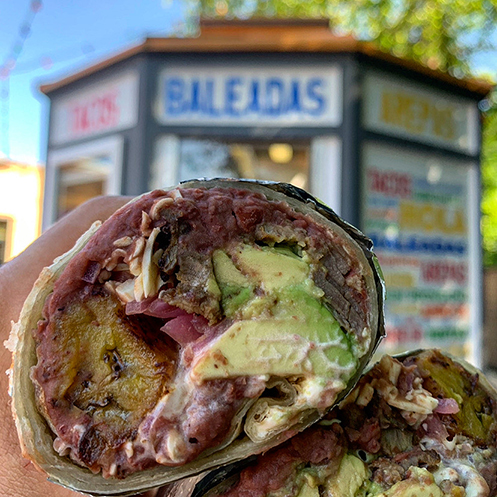 “The baleadas are what people come here for now,” said Vasquez. He also serves special Honduran dishes throughout the year, including tamales, tres leches and chicharrones.

El Sur’s other main dish is the arepa, which Vasquez said is inspired by Venezuelan cuisine. Arepas are a cornmeal pancake filled with guacamole, cheese, pico de gallo and the customer’s choice of meat. 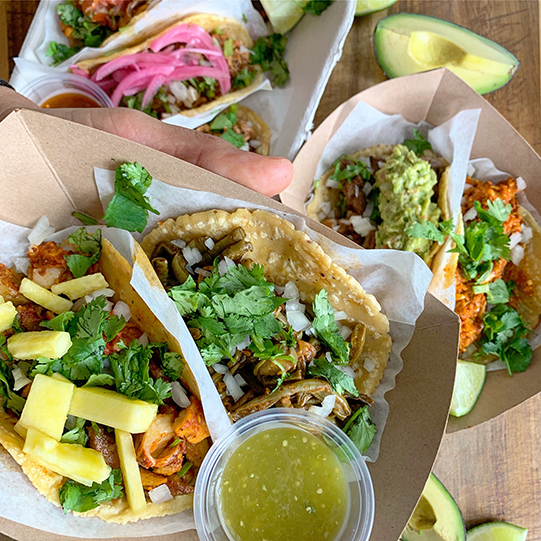 The food truck focuses on sourcing their ingredients locally whenever possible, and everything they serve is made from scratch.

“We focus on getting ingredients locally as often as possible, like our meats and produce,” said Vasquez. “We also have vegan and vegetarian and gluten free options so as many people as possible can eat here.” Vegetarian options include cauliflower chorizo and nopales, which is a kind of cactus. 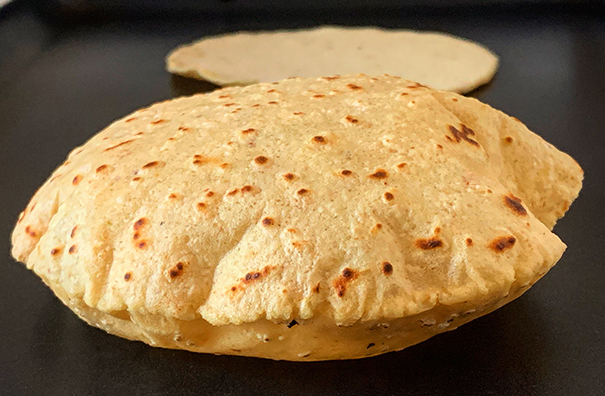 El Sur, which means the south in Spanish, closed for three weeks in the spring due to the coronavirus pandemic. Since reopening Vasquez has focused on bringing his food truck to people in the safest way possible. He generally drives to open spaces where people can social distance while ordering and eating their food. The schedule generally stays the same every week: the Railyard on Wednesday night, Bernice Garden on Thursday and Friday for lunch and Bramble Market on Saturday for lunch. El Sur also serves a special brunch menu on Sundays at Rock Town Distillery, and customers can get an egg with their baleadas and arepas. 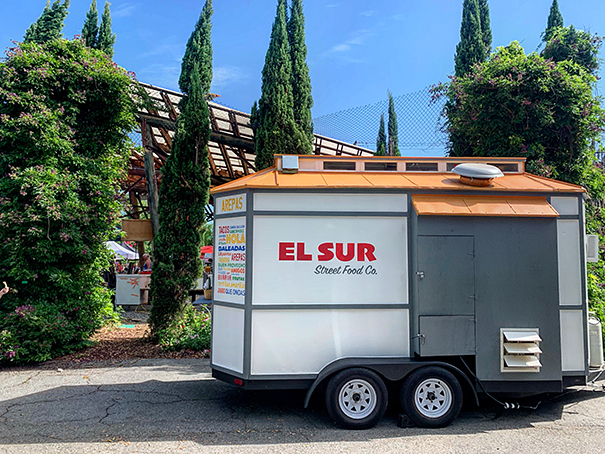