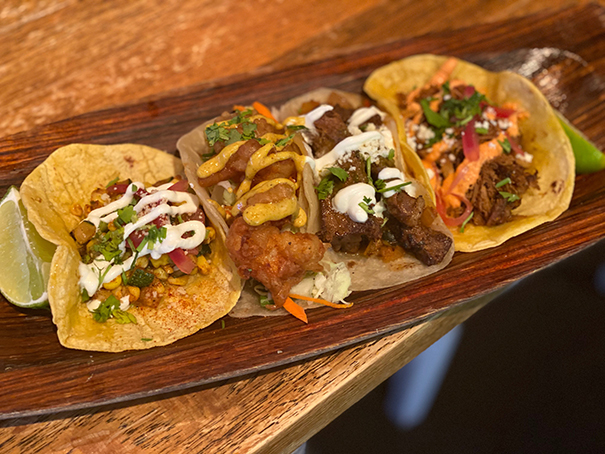 The restaurant opened in November 2011, but the original concept was focused on margaritas.

“Conceptually, we wanted to sell a margarita,” Executive Chef Ben Brainard tells AY. “So all of our research started with that. It took two years of trial and error.”

It wasn’t until the owners of Local Lime felt as though they had mastered the margarita-making technique that they immersed themselves in the world of Tex-Mex cuisine.

“We wanted something a little healthier than most Tex-Mex in Arkansas,” Brainard says, adding that Local Lime is also “really seafood and excellence driven.” 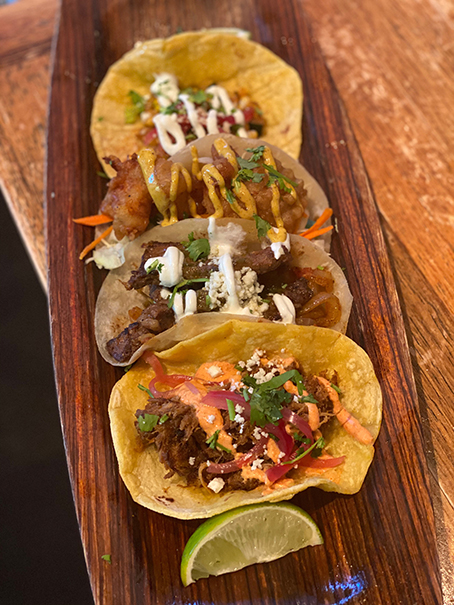 “We wanted something a little healthier than most Tex-Mex in Arkansas.”

There are nine different tacos available, coming with an array of meats and vegetables, such as the shrimp taco, the veggie taco, and the chicken taco.

Brainard says, though, that the Local Lime carnitas “are definitely our most discussed,” calling them a top seller. His personal favorite taco is the fried fish taco. “It’s a beer-battered cod served with jicama slaw on a flour tortilla.”

What makes the tacos at Local Lime special are the homemade tortillas, which are outsourced from local tortilla makers, such as MaMa C’s and Tortilleria Brenda.

“The linchpin of a proper taco starts with the tortilla,” Brainard says.

Brainard tells us that every month, Local Lime does a special. He hopes that over the next few months these specials will be taco-oriented, but reminds us to keep an eye on Local Lime’s Facebook page and websites for more updates.

Several years of hard work and immersion has certainly paid off for the founders of Local Lime. If you’re ever in West Little Rock or on South Promenade Boulevard in Rogers, be sure to check out this colorful twist on Arkansas’s Tex-Mex cuisine.