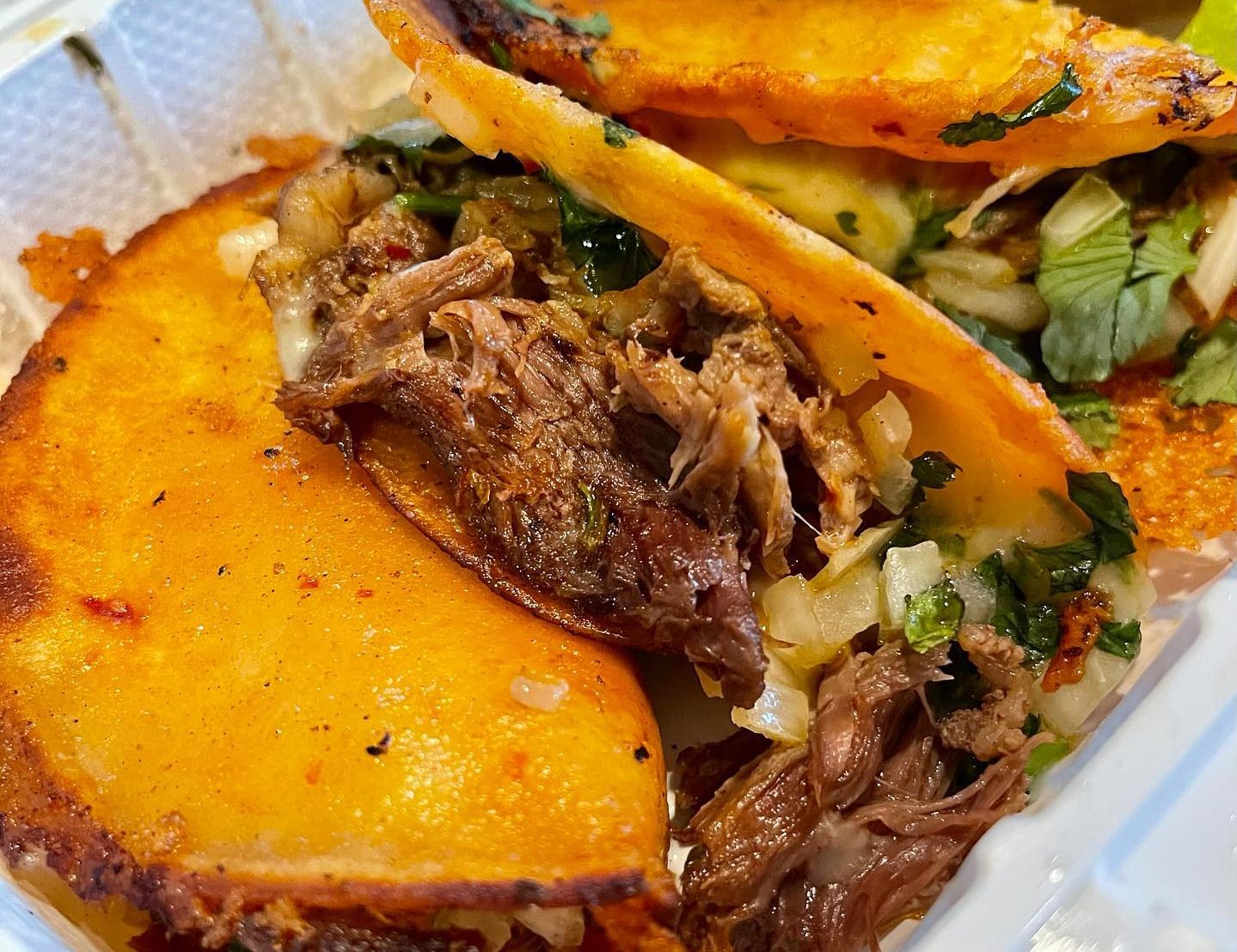 Fayetteville has never, at least in my years here, lacked for a solid taco. Sure, those tacos often took a backseat to other menu items like Steven Specials or Pollo Fundidos when it came to the youthful palates of the incoming freshmen. But in the last few years, thanks (probably) in part to the steady influx of Texans, the local taco scene has certainly popped off.

Fuzzy’s came and went. Con Quesos has held it down. But one of the Fayetteville taco OGs continues to satisfy.

Mangos Gourmet Taco Shop came into town unassumingly in the mid-2010s, taking over what was once a less-than-successful Larry’s Pizza spot on Fayetteville’s MLK Street thoroughfare. And since then, they’ve been whipping up delicious, cooked-when-you-order tacos.

While this small, drive-thru taco shop doesn’t have any dine-in options, you can pop a squat on one of two outdoor picnic tables. There’s an efficient pair of pickup windows on opposite sides of the building, making dinner pretty easy after a long day of work and a taco hankering.

Mangos is owned and operated by a well-respected veteran of the Mexican restaurant business who took his family’s recipes and made them into Fayetteville staples. The menu features regular, grilled and seafood tacos. They have a ton of interesting other menu items, like their surf and turf burrito, but we’re talkin’ Taco Tuesday, not Burrito … Day.

For as long as I’ve been making my way through that drive-thru, I’ve been a grilled chicken tacos on flour tortillas guy, with sides of both red and green sauce. But recently, I’ve upgraded to the vampire tacos.

For the newbs, birria is a traditional Mexican roast, in Mangos’ case beef, stewed with peppers and spices before being shredded and inserted into corn tortillas toasted with cheese and dipped in the accompanying cup of au jus.