Taco Tuesday: Mo’Tacos and Churros Reinvents Itself with Expanded Menu 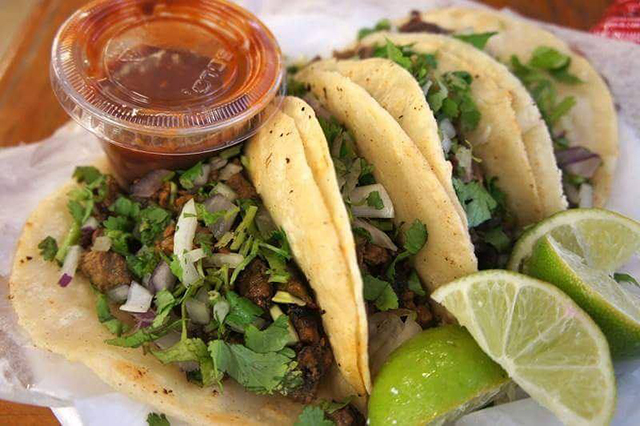 For this week’s Taco Tuesday, AY About You visits the food truck-turned-brick and mortar restaurant Mo’Tacos and Churros in Fayetteville.

When Juan Garcia decided to start a food truck in 2018, he started from scratch. He had never worked in the restaurant business before, but he was excited to open the truck and serve food that he loves. His truck, Mo’Tacos and Churros, was initially only open in the warmer months for three days a week while Garcia quickly learned everything about running a restaurant. Eventually, Mo’Tacos built a customer base, and Garcia started getting requests to cater private events.

“Our truck goes well with the city. It’s young and vibrant,” says Garcia. “People know our truck just from seeing it. It’s bright, baby blue with a lot of funky paintings.”

In summer 2019, Mo’Tacos began parking outside the nightclub Teatro Scarpino to attract partygoers. It was a huge success for the truck, and when an old ice cream shop closed nearby, Garcia decided to give Mo’Tacos a physical location.

“Nothing was planned, really,” says Garcia. “We never had a plan to open a brick and mortar restaurant, but then we did.” 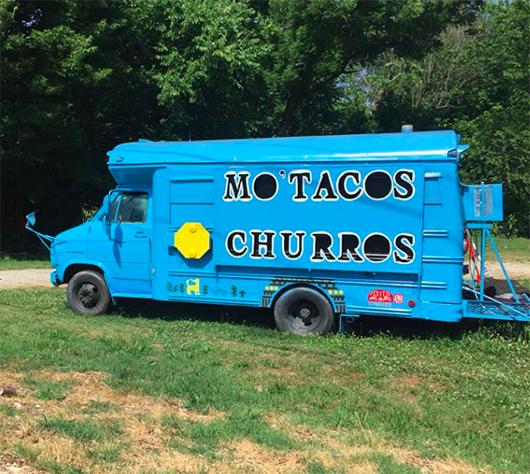 Mo’Tacos menu is “straightforward,” according to Garcia. Serving tacos, quesadillas, burritos and tortas, he focuses on giving people good food quickly. Meat choices for the entrees include carne asada, al pastor, lengua and barbacoa, and a veggie option is also available. Everything, from the salsa to the meat, is prepared in-house, and many recipes came from his mom and dad.

Garcia is particularly proud of the churros. When he opened the food truck, he wanted to include something sweet on the menu, and one of his favorite desserts had always been churros. He spent over a year perfecting his recipe for the sugary treat. The menu includes the classic churro as well as seasonal flavors, which are currently peanut butter and chocolate.

After the pandemic began, Mo’Tacos saw its customer base essentially disappear. Mo’Tacos, generally only open on weekends to serve crowds around Dickson Street, began opening earlier in the day and in the week to attract different customers.

“We started from scratch again,” says Garcia. “We had to reinvent ourselves.”

Months later, with slightly adjusted hours, Mo’Tacos has expanded its menu and its customer base. Garcia added homemade ice cream to the menu. Flavors include specialities like coconut, Thai coconut and horchata. The ice cream also pairs perfectly with the churros, and Garcia hopes to keep serving his community.

“We’ll continue to be a part of Fayetteville for many years to come,” says Garcia.