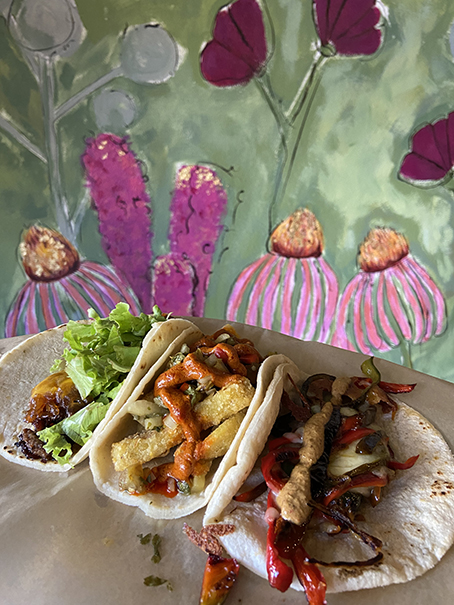 For this week’s Taco Tuesday, AY About You dines with Mockingbird Bar & Tacos in the SoMa district in downtown Little Rock.

Mockingbird Bar & Tacos has remained to-go only during the pandemic, but they’re still coming up with new farm-to-taco specialties.

Jack Sundell and Corri Bristow-Sundell opened Mockingbird last year after gaining full ownership of the restaurant Dos Rocas. After slightly changing the menu and the inside of the space, the Sundells, who also own the Root in SoMa, reopened the restaurant as Mockingbird Bar & Tacos 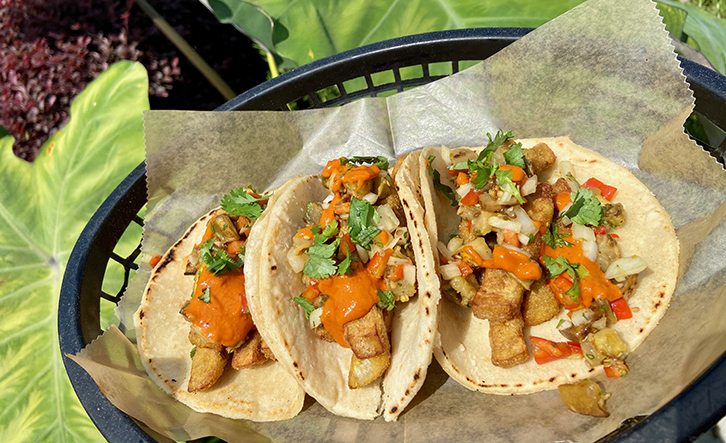 Jonathan Arrington, the chef at both the Root and Mockingbird, has been cooking for 20 years. When he and the Sundells redesigned the menu at Mockingbird, they were careful to keep some of the spirit of Dos Rocos while also bringing in local influences.

“We wanted to put a little of the ethos of the Root in there,” Arringon said. “Dos Rocos had a nopales taco, which is cactus, and you can’t locally source that. So you replace it with other vegetarian options.” 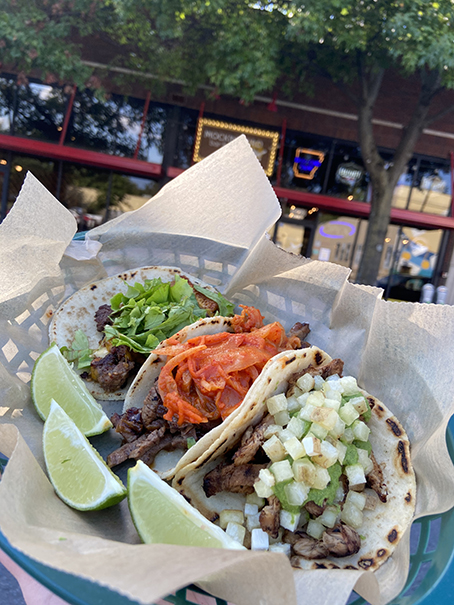 Arrington replaced the nopales taco with the rajas taco, which he made from Arkansas Natural Produce poblano peppers. He also adjusts the menu depending on what ingredients are in season, and Mockingbird is always trying to come up with new treats. The crispy fried eggplant taco, sourced from Tasty Acres farm, is topped with a pickled eggplant salsa and peanut salsa macha. Eggplant is generally in season until the first frost, according to Arrrington, so that taco will only be available for about another month.

Their new steak kimchi taco has also been popular. The beef tenderloin, like all of Mockingbird’s steak, comes from Simon Farms and cooked to order. The kimchi and bulgogi-marinated onions on top are inspired by Korean cuisine, but Arrington says they do not consider themselves a fusion restaurant—Mockingbird might draw from global influences to create their menu, but they’re just focused on making good food and what they call farm-to-taco cuisine. 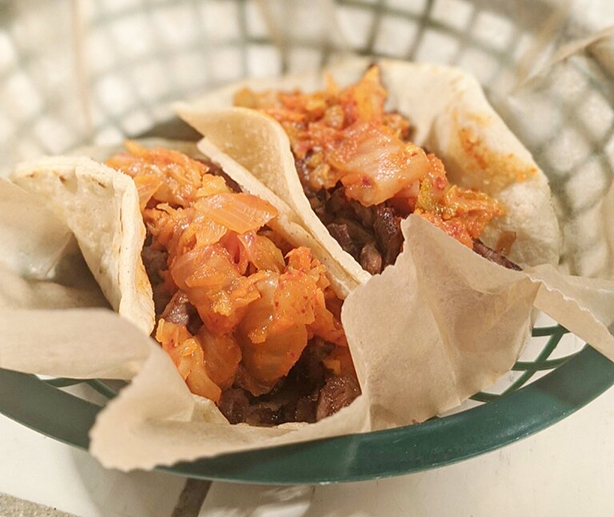 Another new addition to the menu is the lion’s mane mushroom taco. Plethora Farms provides the mushroom, and crispy potatoes and their parsley-pepita salsa verde are piled on top. They’re also serving up a cheddar melt taco, which is seasoned ground beef and teriyaki onions covered in melted cheese.

Mockingbird’s takeout also represents their environmentally-conscious mindset. Their packaging is made from paper and contains no plastic, making their food as good for the environment as it is delicious. Their to-go platters come with tacos, empanadas, queso, guacamole, and a side of beans. The special can be ordered in the full or half sizes. If the weather’s nice, restaurant-goers can also bring their tacos over SoMa’s outdoor dining area.