Taco Tuesday: Taco Mama’s Food Will Knock You Out 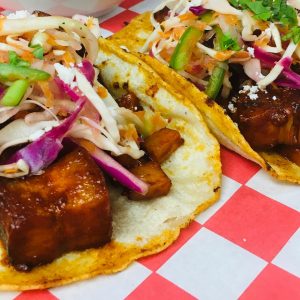 For this week’s Taco Tuesday, AY About You visits Taco Mama in Hot Springs.

When Diana Bratton opened Taco Mama, she was no stranger to the restaurant business. She and her husband Shane owned Cafe 1217 in Hot Springs when they decided to remodel a neighboring hardware store. The Brattons decided to remodel the building, which was originally built in the 1930s, and opened Taco Mama there in 2009. For Diana, serving Mexican food was a return to the food she grew up eating.

“I’m from the Rio Grande Valley in Texas, so as far south as you can get. I grew up on Mexican food,” said Bratton. “Many of our meats are traditional, like the barbacoa or the lengua.” 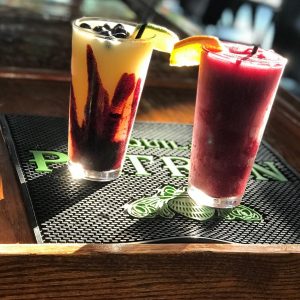 The Brattons have since sold Cafe 1217 and opened an additional location of Taco Mama. One of their specialties is the puffy taco, a style of preparing tortillas that Bratton discovered in San Antonio. The tortillas, made from masa dough, expand and puff up after being fried. The puffy tacos can then be filled with any of Taco Mama’s meats, including carnitas, chorizo and portobello. All flour tortillas at Taco Mama are hand-pressed, and their corn tortillas—which are locally sourced from Tortilleria Brenda—can be pressed upon request.

Other popular items on Taco Mama’s menu include the sopes, which are corn masa bowls filled with beans, rice, avocado, cotija and the customer’s choice of meat filling., and shrimp diabla quesadillas. Taco Mama The restaurant even has live music on Friday nights.

Taco Mama is also known for its drinks. All of the mixers are made in-house with fresh juices for their margaritas. Other popular drinks are the frozen sangrias and the skinny margarita.

The restaurant’s second location, known as Taco Mama Sidetown, is more than just an expansion. Bratton and her staff use Sidetown as a test kitchen to come up with new and inventive recipes to serve in the restaurant. Bratton focuses on more vegetarian and vegan options for customers at this location, like the chipotle sweet potato burger and the crispy cauliflower tacos. The beans and rice at both locations are also vegetarian, which Bratton says is uncommon at most Mexican restaurants. 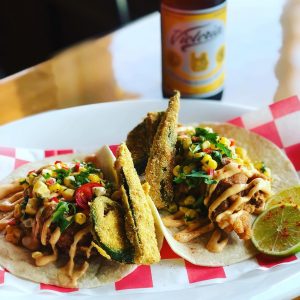 Sidetown, which is only open for lunch and on the weekends, is also the center of the business’ catering services.

Both Taco Mama locations are currently open for dine-in at 60 percent capacity. Visit Taco Mama’s website to learn more about their locations and menus. Follow them on Instagram for both the original and Sidetown locations.