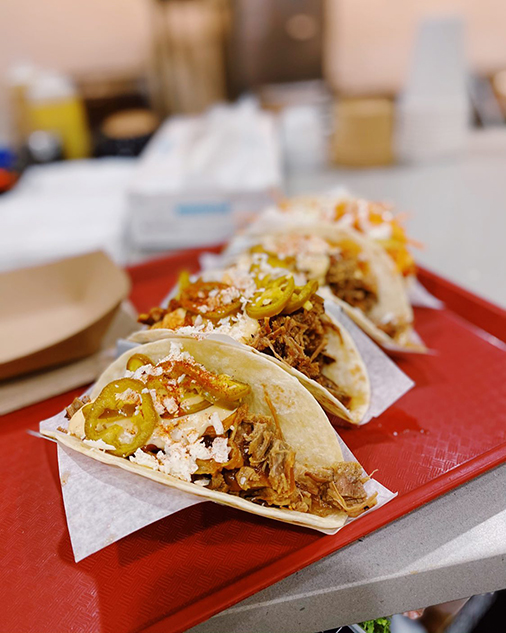 For this week’s Taco Tuesday, AY About You stops by TrickDilly, Bentonville’s food truck-turned-restaurant that specializes in tricked out tacos.

TrickDilly began as a food truck six years ago with just five tacos on the menu. The owner, Troy Walker, wanted to create special “tricked out” tacos that were available at affordable prices.

“Instead of paying a lot, people can come in and enjoy lunch for less, which means I get to see you more times,” says Walker.

Walker is a trained chef, and his mission is to sell food that families could enjoy any day of the week. Originally from western New York, he never thought he would end up in Arkansas. When his wife presented the idea while they lived in Dallas, Walker was doubtful until he visited the Natural State. 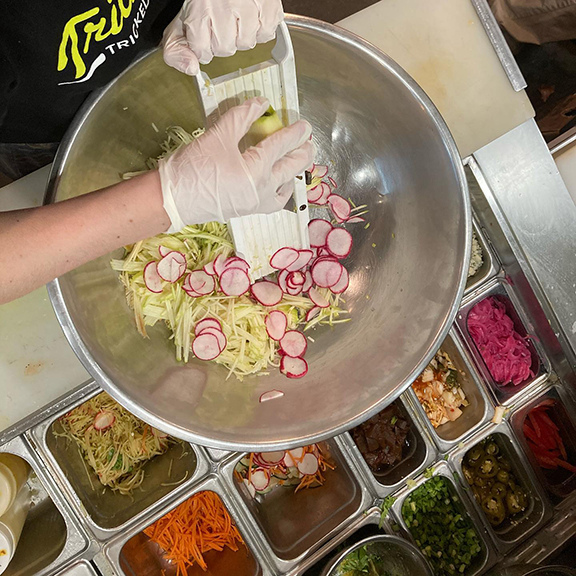 “I fell in love with the area. You can just feel the energy here,” says Walker. “Honestly, where I’m from originally reminds me of Arkansas.”

In 2017, Walker opened TrickDilly’s brick and mortar location on 14th St. in Bentonville. Having a permanent location means he is not so dependent on weather, but Walker has not stopped wanting to provide an affordable meal for his patrons.

“You can come in and have lunch, or go crazy and order a bunch of stuff. The food is accessible.”

Highlights of the menu include the smoked brisket taco, which comes with pickled watermelon, cotija cheese and paprika aioli. The porkdilly pairs smoked pork and green apple radish slaw, which is “a classic food pairing” that makes a great taco.

Walker also put the buffalo chicken taco on the menu after many requests from family, friends and customers, but TrickDilly’s fresh ingredients and in-house preparation make the dish a standout on the menu. 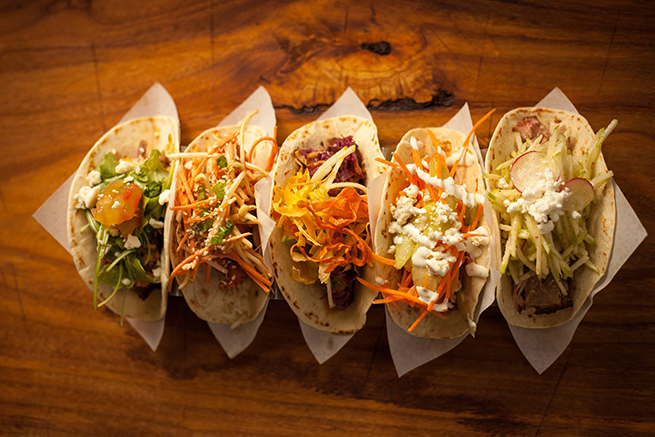 “I try to tag onto food memories whenever possible, so we have a taco with fried green tomatoes which is obviously Southern food,” says Walker. “I also have vegetarian items on the menu so those customers don’t feel like an afterthought. People come in here who aren’t vegetarians and order those options just because they taste that good.”

Walker also focuses on making everything in-house when possible. On TrickDilly’s popular loaded cheese fries, their chefs hand cut the curly fries, pickle the jalapeños that go on top and make the barbecue sauce that tops it all off.

For Thanksgiving, TrickDilly is serving a special smoked turkey taco that comes with green bean casserole and cranberry sauce.

TrickDilly also has specials throughout the week to keep you coming back for more. On Mondays, there’s a $7.99 “Are we out of our minds” lunch deal that comes with two tacos, a drink and a side of your choice of fries or chips. The Taco Tuesday special is all day, and a selected list of tacos are available for just $2.95 each. The Thursday special is Stay Loaded, which comes with $6 loaded fries or nachos.