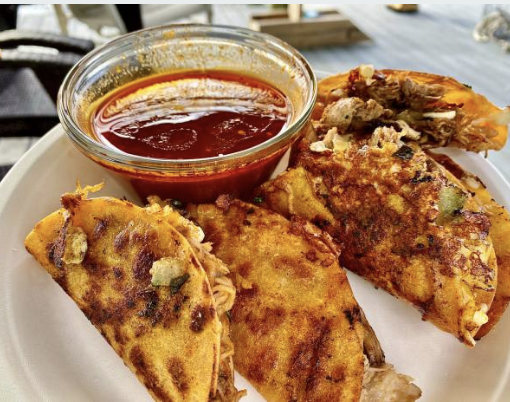 If you’ve been around social media the last few months, you have more than likely noticed the popular and appetizing videos of people enjoying birria tacos. For those not familiar with the trendy meal, birria tacos are a savory dish traditionally served as braised meat inside a corn tortilla that’s been pan fried. A broth is made to pair with the tacos that are used in the cooking process and later, much for the enjoyment of the consumer, in the dipping process. To take a different spin on the popular dish, below is a recipe for vegetarian birria tacos that are sure to be a new favorite in your household.

The list of ingredients for the broth might look overwhelming, but it all comes together in a simple concoction that tastes amazing.

Put it all together: