A Taste of Christmas Morning 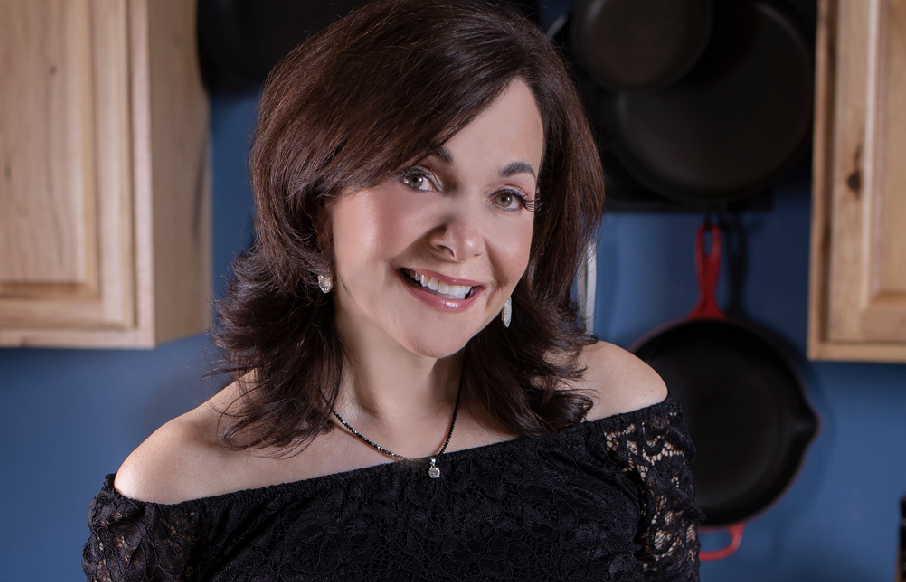 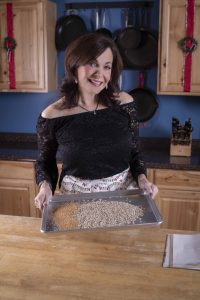 I think one of the biggest challenges for the person in charge of meals in your home is WHAT TO FEED THESE HUNGRY HUMANS on December 25. I don’t want to start my day by slaving over a hot oven on the day Santa comes. I am always looking for easy but delicious breakfast offerings Christmas morning, and I finally found great choices with these recipes from the Junior League of Little Rock’s Big Taste of Little Rock. I always love junior league cookbooks because those women know how to cook, and they use extensive recipe testing, so you know you are getting great recipes. I have all the JLLR’s cookbooks in my kitchen; some have worn better than others. This cookbook is the most recent (2009), but I think it’s time for another! Hey, JLLR, help us sisters out–we need more!

The granola and strata can be made the night before. Just put the strata in the oven (after a 10-minute rest period) when you wake up, and it will be ready in 50 minutes. The cookbook’s original recipe says 35-40 minutes, but I think it needs to cook longer for the eggs to set up. As for the smoothie, while I was in the test kitchen at eggshells kitchen co., I spiked it with Prosecco. Neither AY Magazine publisher, Heather Baker, or art director, Jamison Mosley, objected. You won’t either.

Combine the strawberries and bananas in a blender.  Add the remaining ingredients and process until smooth.  (Editor’s note: add some Prosecco for the adults.) Serves 4.

Sprinkle the sunflower seeds and sesame seeds in an ovenproof skillet. Toast at 300 degrees just until light golden brown, stirring occasionally. Remove to a bowl. Sprinkle the almonds in the skillet and toast until light golden brown. Do not over toast the seeds and almonds, as they will continue to cook with the granola. Increase the oven temperature to 350 degrees.
Combine the oil, honey and brown sugar in a saucepan. Cook over low heat for 5 minutes or until the brown sugar has melted, stirring to blend well. Remove from the heat and stir in the vanilla and salt.
Pour the honey mixture over the oats in a bowl. Add the toasted almonds and seeds and mix well. Spread evenly in two baking pans. Bake at 350 degrees for 10 minutes or until brown, stirring every 5 minutes. Add the coconut and bake for 5 minutes or just until the coconut is brown, watching carefully as it will brown quickly.
Store in an airtight container or sealable plastic bag. Serve with yogurt and fruit or milk as cereal or place in decorative jars for great homemade gifts.
Makes 12 cups 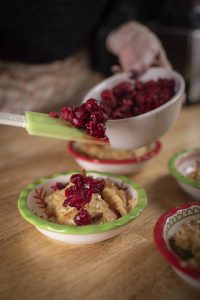 Cut the croissants crosswise into ½-inch slices. Arrange the smaller slices in a buttered 9X13-inch baking pan. Arrange the larger slices over the top.

Combine the eggs and sugar in a bowl and whisk until smooth. Add the half-and-half, liqueur and vanilla and mix well. Pour over the croissant slices and sprinkle with the almond paste. Press down with a spoon to submerge the bread completely. Put in refrigerator overnight and the next morning, let stand at room temperature for 10 minutes. Sprinkle the almonds over the top. Bake at 350 degrees for 45-50 minutes or until it puffs up and is golden brown. Serve warm or at room temperature with fresh raspberries. Serves 8.