We are in the high days of the holidays, and that means we need some food to match the season. All month, AY Publisher Heather Baker and KARK host Hilary Hunt have been on the lookout for the best spots in the state that serve holiday foods. They have tried some true blue classics and some undiscovered gems.

Today, the pair is heading to a beloved restaurant that is serving up its take on a holiday meal. 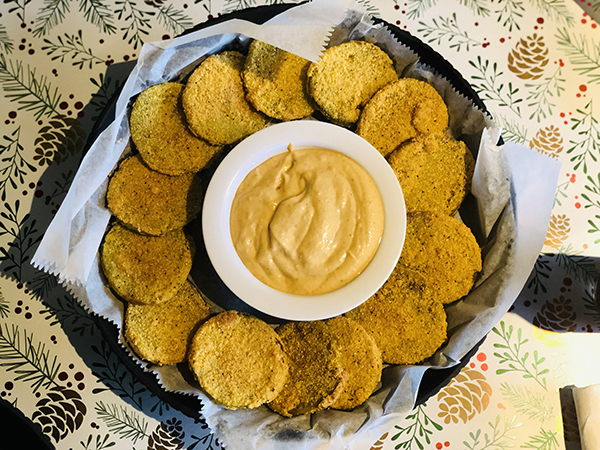 Taylors’ Made Café in Conway has established a reputation as the place to go when you want a Southern meal. Now, Baker and Hunt are checking out what Taylors’ Made is doing for the holidays.

“it is time for some more holiday food, and we’re at Taylors’ Made Café in Conway,” Baker says. 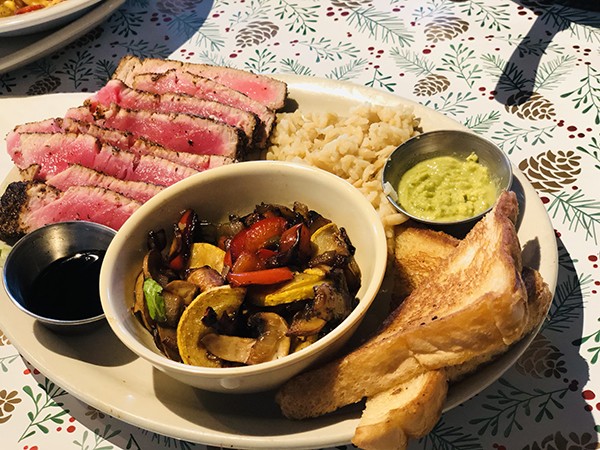 “If you drive by on your way to Mayflower on Highway 365, you’ll be feeling festive, just like us,” Hunt says.

“I hear that we’ve got fried green tomatoes, some chicken fried steak and some much other goodness,” Baker says. 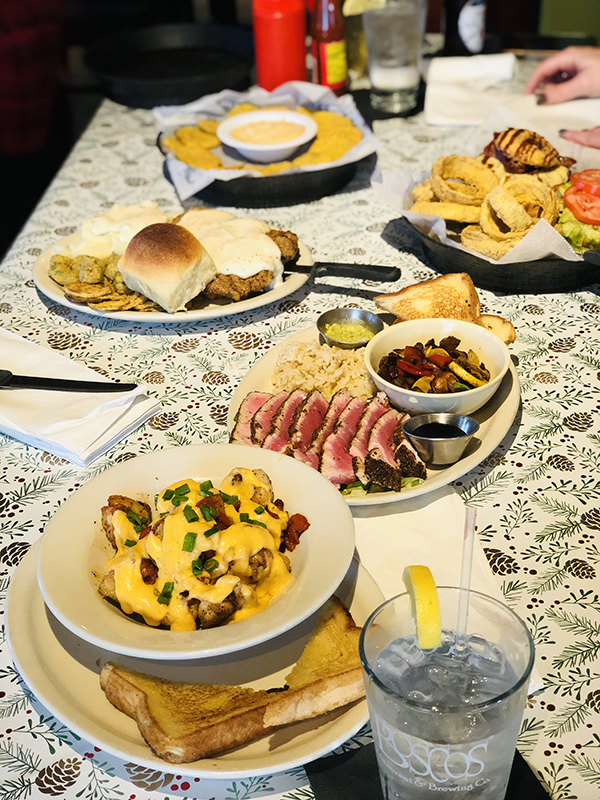 Inside the restaurant, owner Shane Taylor is finalizing the meal plan for Baker and Hunt. The menu today includes the fried green tomatoes and chicken fried steak, along with some unique choices, like a shrimp and grits dish and an ahi tuna with sautéed veggies and rice.

Taylor is also sending out the day’s special, a bourbon burger. This isn’t an ordinary burger – it’s a ½ pound burger with pepper jack cheese and a Sriracha bourbon glaze. 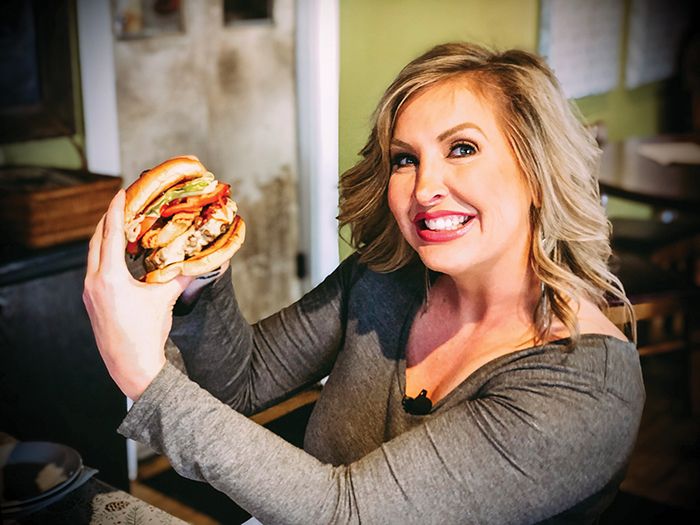 Heather Baker with the bourbon burger

Once everything is laid out, Baker heads for the Southern classics, while Hunt dives into the seafood side. Baker tries out the fried green tomatoes and chicken fried steak, giving them the thumbs-up, and Hunt gives the ahi tuna and shrimp and grits high marks.

But what really impresses Baker is the bourbon burger. “Look at that yummy goodness. It’s got an onion ring in it, veggies. It looks so good,” Baker says. 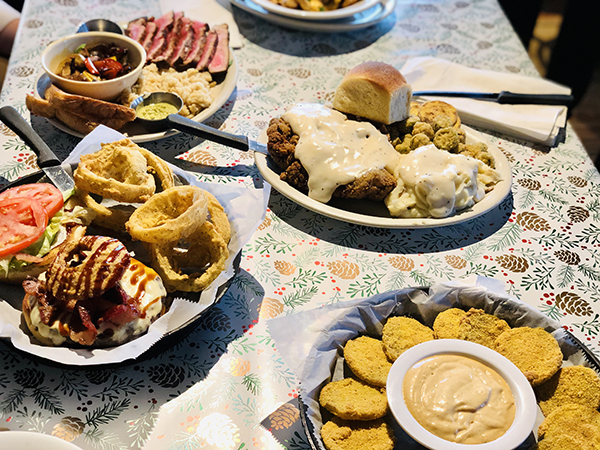 Not only is the food delicious, but the atmosphere is hopping at Taylors’ Made. “One of the things that I also love here is that they have live music,” Baker says. “Plus they have a really cool bar back there.” 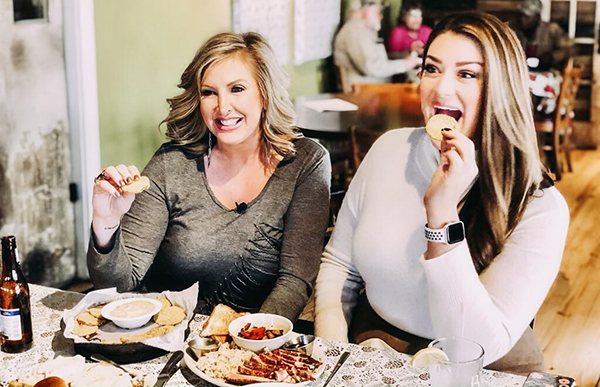 Hunt calls the Conway restaurant a hidden gem. According to her, it’s one that you don’t want to miss out on. “If you haven’t checked it out, you need to,” Hunt says.

Check back to find out where Baker and Hunt go next on the Holiday Food Bucket List tour. 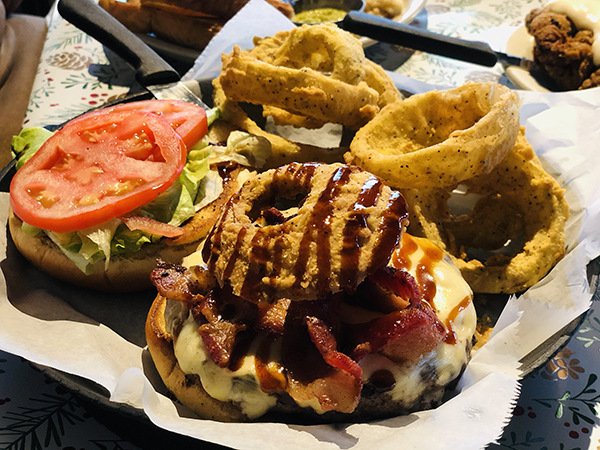