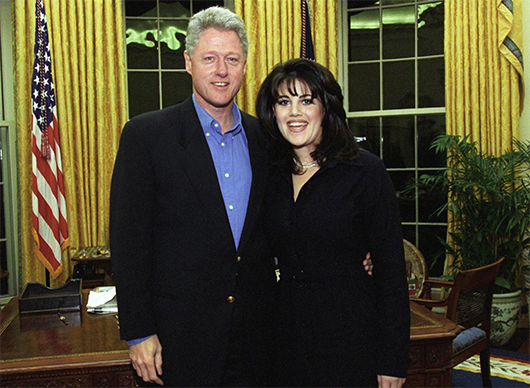 Arkansas is slowly becoming a go-to spot for filmmakers looking for authentic Southern atmosphere, with Northwest Arkansas in particular being a favored location. Between True Detective’s third season and independent films, like “American Cherry,” Arkansas is getting on the entertainment map.

Today, Hollywood trade publications are reporting an award-winning television series will be highlighting one of Arkansas’ most famous sons. You guessed it – Bill Clinton.

The FX anthology series American Crime Story will spotlight Clinton’s impeachment process, which occurred between 1998 and 1999. According to Vox, the show will be told from the perspective of several women involved in the case.

At the forefront of the case, Beanie Feldstein (star of this year’s Booksmart and sister of Jonah Hill), will portray Monica Lewinsky, the White House employee who confessed to an affair with then-President Clinton. Rounding out the cast are Sarah Paulson as Linda Tripp and Annaleigh Ashford as Paula Jones.

Currently, there has been no announcement if Clinton will be a character in the series, and if so, who will portray the former president.

According to Variety, the show will begin filming in Feburary 2020 and is scheduled to premiere on FX in September 2020.