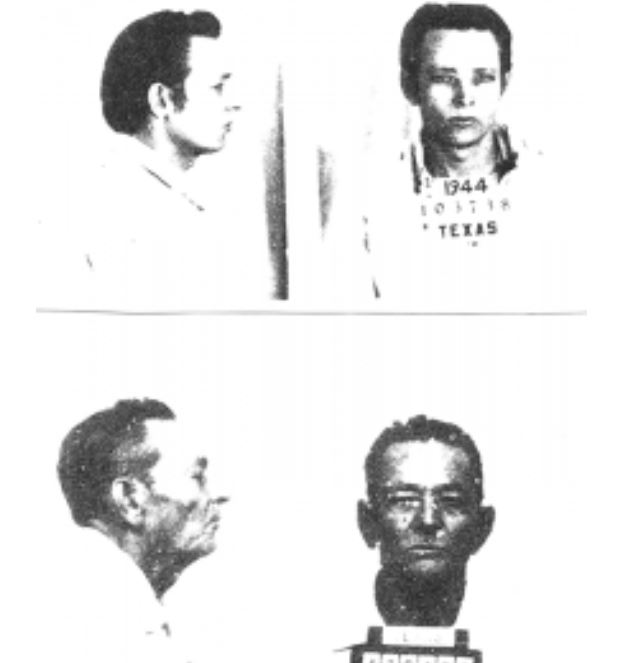 In 1946, panic swept through Texarkana, on both sides of the Arkansas-Texas border. Over a period of three months, a man had murdered five people and wounded three others. In the first attacks, which targeted couples parked on lovers’ lanes, the female victims were sexually abused. The last known murder in the series occurred at a farmhouse. One survivor told police that the killer wore a mask with cutouts for his eyes and mouth. The other two survivors didn’t see the man’s face, so his identity remained a mystery. The press started calling him “The Phantom.”

No one felt safe anywhere after dark. Residents rigged their homes with warning systems; objects tied together with string – pots and pans, tin cans, bottles – anything that would make a noise if The Phantom approached.

Then the murders stopped. Life in Texarkana slowly returned to normal, but investigators continued to work the case, running down the thinnest leads. About the only thing they knew for sure was the victims of both double homicides were shot with the same weapon, a .32 caliber Colt pistol.

The last time friends saw Betty Jo Booker, 15, the youngest victim, she was putting her Bundy alto saxophone in the backseat of her boyfriend’s car. But when the vehicle was found, the instrument and its case were gone. By now, investigators had questioned and released scores of people, so expectations were high when, six days after Booker’s murder, a man tried to sell a Bundy alto saxophone to a music store in Corpus Christi. He didn’t have it with him and left abruptly after the clerk said she would have to call the manager about the transaction. Police nabbed the man and discovered a bloodstained shirt in his bag. He said he had been cut in a bar fight. Witnesses corroborated his story. Six months after Betty Jo’s murder, her saxophone was found covered by leaves and underbrush close to the crime scene.

Sheriff Bill Presley and the rangers and troopers going up the stairs. Photography courtesy of the Billie Presley Edgington Collection

The Phantom was the subject of numerous newspaper and magazine articles from New York to Los Angeles, but after a few months without another slay

ing, the rest of the nation lost interest, and officially, the case went unsolved. Unofficially, lawmen had a suspect in mind. Arkansas State Police (ASP) Trooper Max Tackett had noticed that around the time of each murder, an older model car was stolen near the killing ground, and the missing car would turn up abandoned.

In June, Tackett investigated a case of non-payment of rent. A man named Youell Swinney was several weeks in arrears, according to his landlord, who gave Tackett a description and the license number of Swinney’s car, which turned out to be stolen. Police issued a bulletin for the vehicle, but it was a tip from a member of Swinney’s own family that produced results. The relative said Swinney always parked his cars at a particular lot in Texarkana. Finding the sedan there, Tackett’s ASP partner, Charley Boyd, set up a stakeout. Patience paid off when a woman named Peggy Lois Stevens Swinney arrived to claim the car. She had, she said, been married that very day to Youell Swinney, though she claimed not to know where he was right then. She was arrested, and the hunt for Swinney revved up.

Two weeks later, Cleon Partain, a car dealer in Atlanta, Texas contacted authorities about a man who had tried to sell him a Plymouth without the title. Partain turned him down, and the stranger went on his way. Suspecting the car was stolen, Partain called the law and described the vehicle including the license number. He said the man was headed toward Texarkana. A police report from Pampa, Texas confirmed the car was hot property. Within a day, Tackett spotted the Plymouth and saw Swinney entering the Arkansas Motor Coach Station. Following a short foot pursuit, Swinney surrendered. On the way to jail, Swinney asked Miller County Deputy Sheriff Tillman Johnson, “Mr. Johnson, what do you think they’ll do to me for this? Will they give me the chair?” A strange question, considering that at this point, he had no reason to think they were arresting him for anything more than car theft.

Swinney had a long criminal history, mostly for theft and counterfeiting, but no record of sexual assault. Because his fingerprints didn’t match any found at the crime scenes, and the murder weapon wasn’t among his belongings, authorities hoped for a confession. After his initial self-incriminating remarks, however, Swinney denied the accusations of murder. He agreed to let investigators administer sodium pentothal, but they gave him so much he passed out cold. 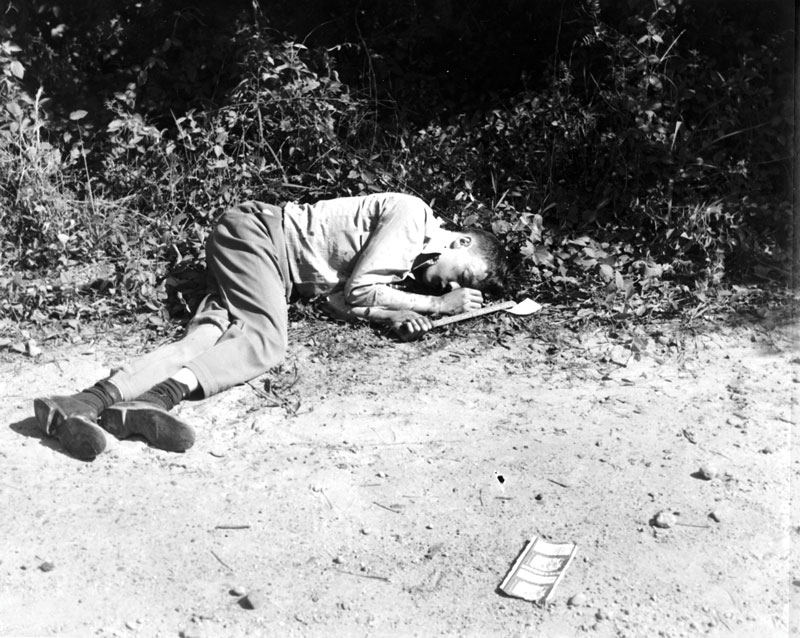 The body of Paul Martin, one of the Phantom’s victims, as he was found. Photography courtesy of the Tillman Johnson Collection.

Peggy Swinney gave police three statements. In the first one, she didn’t implicate herself in any of the murders but also didn’t provide alibis for her husband. Her second version of events implicated Swinney in the murders of Betty Jo Booker and boyfriend, Paul Martin. Peggy claimed she was with Swinney that night in the park when the double homicide occurred. He left her in the car for an hour, during which time she heard gunshots. Upon his return, he had a black case which he put in the trunk. A few days later, he told her a man gave him Betty Jo Booker’s saxophone and he had sold it. By the time Peggy gave her third statement, she made herself an accomplice in the Booker/Martin murders.

False confessions account for 25 percent of wrongful convictions. It may happen when the accused is of low intelligence, making them easily manipulated by interrogators who ask leading questions. Tillman Johnson was quoted as saying Peggy’s “bread wasn’t baked. The elevator didn’t go all the way to the top.”

Though they couldn’t prove it, Max Tackett, Tillman Johnson and Bowie County Sheriff Bill Presley firmly believed Swinney was guilty. Presley was convinced because of a piece of evidence that had been known only to him until Peggy Swinney’s last statement. He asked her if Swinney had taken anything out of Paul Martin’s pocket, and she replied, “I saw him take some papers or stuff.” She said Swinney threw it into the bushes. Presley then produced Martin’s date book, which he himself had found in the shrubs at the crime scene. In the end, though, Peggy recanted her confession, and as Swinney’s spouse, she couldn’t be forced to testify against him. The frustrated lawmen had to settle for Swinney’s conviction as a car thief. He didn’t get off lightly, though. Because of his lengthy rap sheet, he was sentenced to life imprisonment as a habitual offender.

Twenty-seven years and many appeals later, Swinney won his freedom, only to fall back into his old bad habits of counterfeiting and stealing cars. From March 1975, he was in and out of prison until he died of lung cancer in 1994.

Was Youell Swinney really the sadistic murderer who terrorized Texarkana? The late Sheriff Presley’s nephew, James Presley, makes a good case for Swinney’s guilt in his book The Phantom Killer, but doubters present a persuasive argument that a troubled youth with a cute nickname was the true culprit whose conscience drove him to commit the most extreme act of contrition.

Photography courtesy of the Texarkana Gazette