The Arkansas Fashion School Makes Room for ‘Sew’ Much More 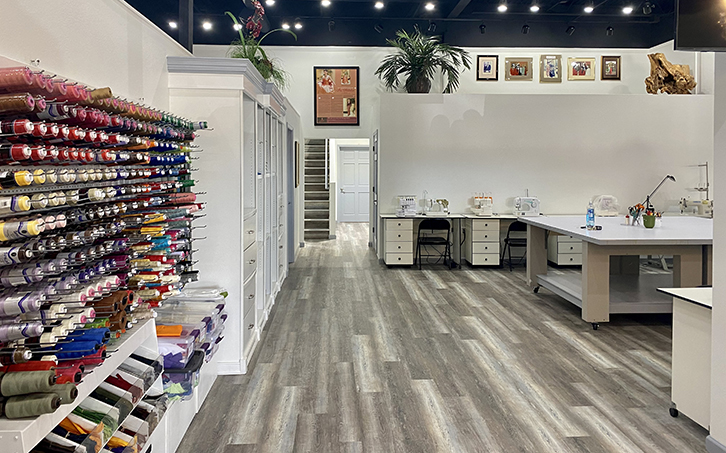 Making the move from their former space on Kavanaugh to Rodney Parham, AFS has joined an established creative community. “This is Midtown Design Center where we have home-improvement and various other creative retailers,” says Ann Leek of Leek Holdings LLC. “We now have a design option for [someone] to express themselves through a really special and wonderful new niche.” Leek and her husband, Steve Leek, were both present at the ribbon cutting and stood by Kamran as the ribbon gave way to welcome the people of Arkansas into the new school. “We are so excited to welcome [Kamran] and her students to Midtown,” said Leek. 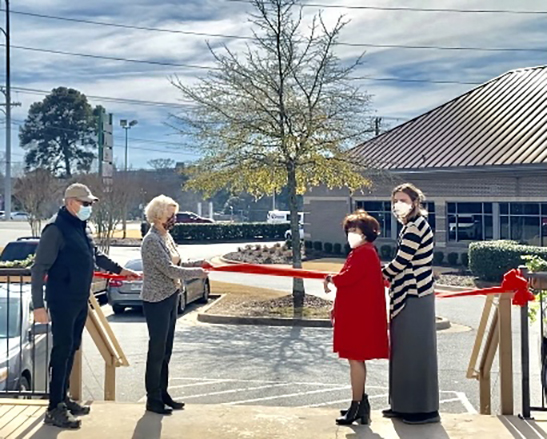 The ribbon cutting ceremony was attended by public figures and family members alike. Arkansas state Senator Joyce Elliott attended the event in support of AFS. Elliott and AFS will work together in August 2021 as Elliott will be a keynote speaker at the Emerging Designers Fashion Show. Also showing their support at the ceremony were Kamran’s proud family, the students’ families and friends, and the people who made the move and renovations happen. To allow the community to explore their chic studio space, Kamran opened the school’s doors on Jan. 30 for the community to come and go throughout the day.

Utilizing their stylish lobby space to the best of its abilities, Kamran’s students exhibited the many intricate projects they have been working on. From blouses to dresses to trousers, Kamran’s students have learned a large range of skills to use in their designs. Moving from a one class building to a space that offers multiple rooms for students to spread out, Gabrielle Guidry, a student at AFS, is excited for the future of the school. “We’ll have a lot more time to be one on one with [Kamran] which will definitely help each of us to really grow as designers,” said Guidry. AFS offers a variety of classes/study programs for students to hone their skills and develop their individual design styles under the instruction of Kamran. 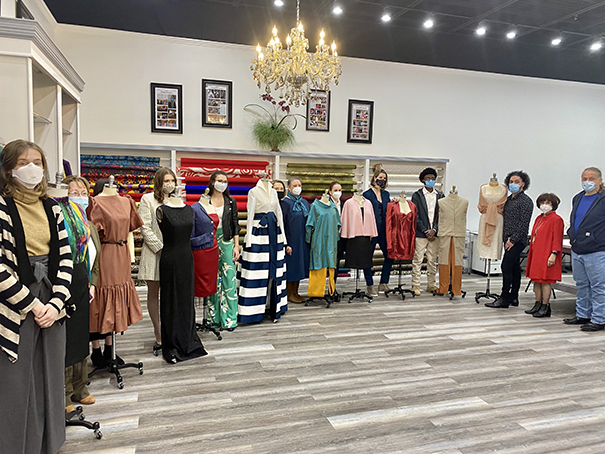 Kamran and her students

Margaret Sanchez, a student at AFS, came to the school to perfect some techniques she used to struggle with and showed off her progress at the fashion exhibition. “[This] is my first blouse I made after enrolling in the school. [It] wasn’t necessarily hard, but the fact that I made the pattern to fit me is what makes me feel accomplished,” said Sanchez. “I’ve sewn all my life, but I’ve always had problems with the fit. So, I decided I would come and learn how to make a pattern, and Kamran was there the whole way if I needed any help.” The showcased designs at the ribbon-cutting reveal how successful Kamran’s teaching has been for her students. Her experience and knowledge in design and fashion are testaments to her career. 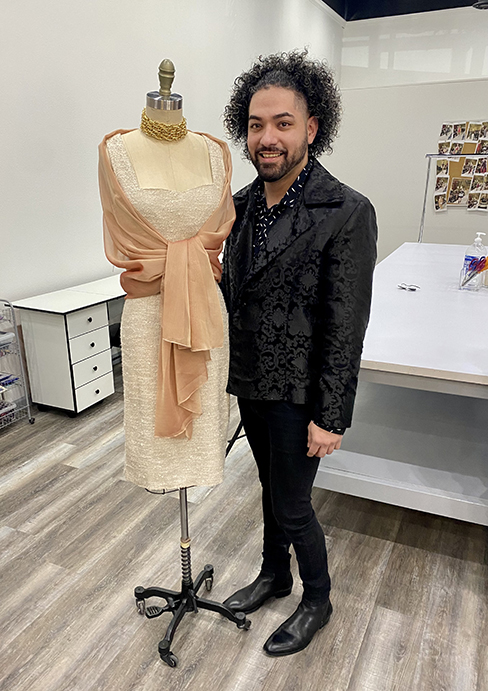 Senior Reymon Linares with his design

Kamran’s impressive work in fashion spans more than fifty years with one of her most notable clients being none other than Arkansas’s own Hillary Rodham Clinton. Kamran designed for Clinton during her time as first lady of Arkansas and during the inauguration period of 1992-1993. In 2007, Kamran wrote The Art of Couture and The Art of Decoration to share her knowledge in fashion and designing. To continue tacking on her expertise to whoever wants to learn, Kamran opened Arkansas’s first fashion school. 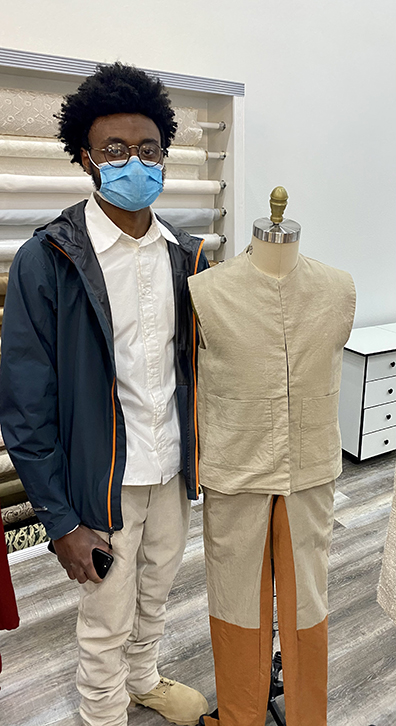 Senior Brennon Taylor with his design

“For the last 12 or 14 years when I started this school, I’ve been training all these designers in one room,” said Kamran. “Now that there are three rooms, I can have multiple classes, workshops for smaller courses and more space for fundraising events. The students will really benefit a lot from this.”

The larger classrooms and extra space is perfect for Kamran’s plans to stitch more workshops into the school’s schedule. “Our course is two years, but with this space I can do smaller, one or two day classes for sketching, jewelry making, and invite an artist to come in to show them different skills. The sky’s the limit,” said Kamran. 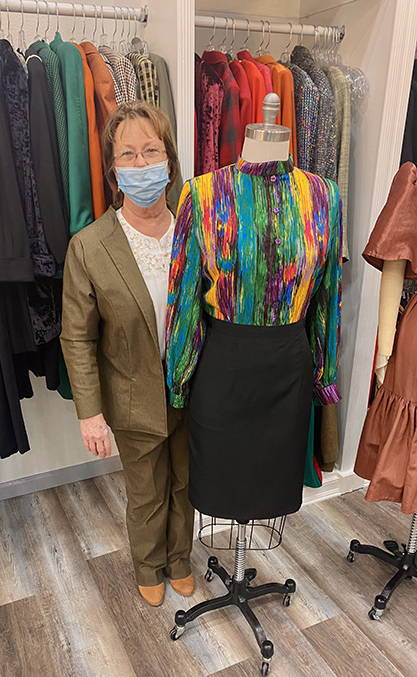 Margaret Sanchez with her design

Although COVID-19 has put a pause in Kamran’s plans for fundraising events and fashion shows for the foreseeable future, she is hopeful that soon AFS students can once again share their work with the public. More information on AFS can be found here. 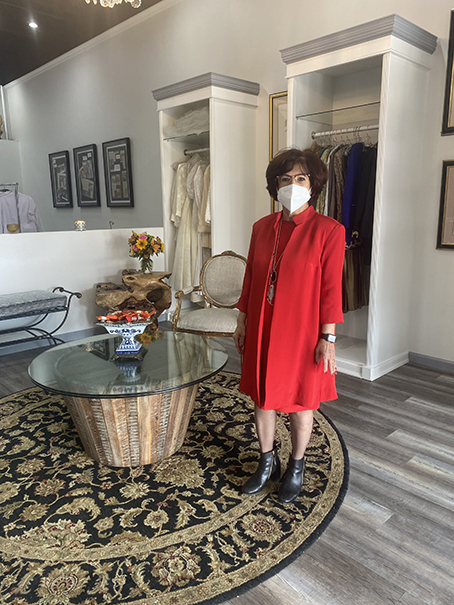 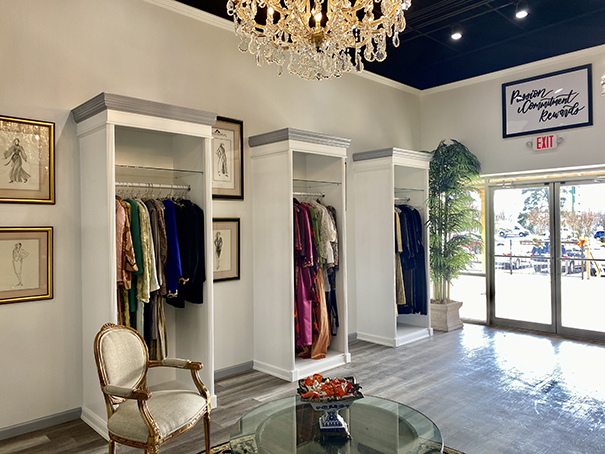