The Ascent of Argenta 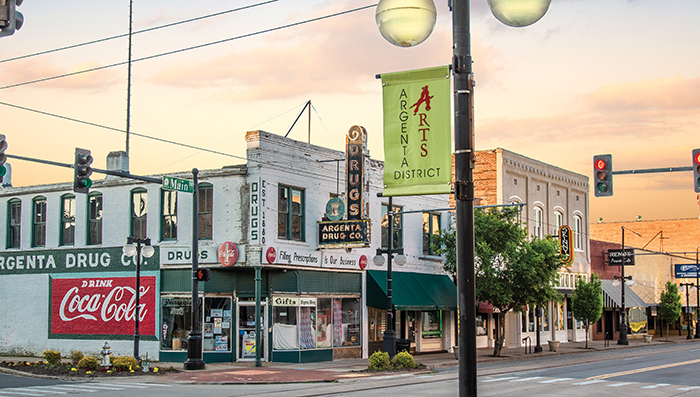 The Ascent of Argenta

Downtown North Little Rock is on the rise, and at the center of it all is a thriving, diverse food and drink scene steeped in a collaborative effort to keep things moving forward.

Take a stroll down Main Street in downtown North Little Rock, an area that runs through the heart of the Argenta Arts District. You will notice historic buildings, expansive murals and manicured flower beds that show off the beauty of a soulful neighborhood, one that has not only embraced change but has run with it. 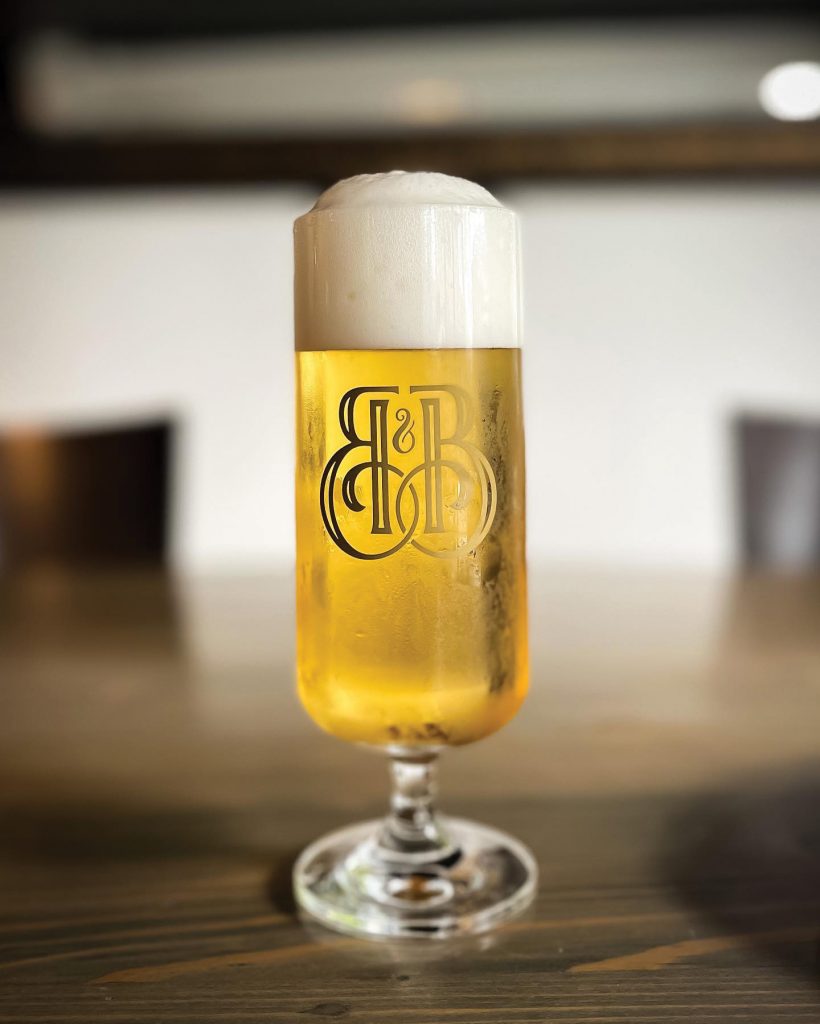 It is a beautiful mix of old businesses with new ventures, and at the heart of it all is a collection of coffeehouses, restaurants and bars that have teamed up to form a food and drink community that rivals any in the area.

“There is a camaraderie among the businesses that was already there, but after the pandemic, it really solidified. They all started working together and realized that we are stronger together,” Slagle says. “A strong downtown is good for the whole city.”

Slagle sees that collaboration among businesses, with advocates like Jess McMullen, owner of Brood & Barley, continuing to lead the charge. McMullen has made a heavy investment in the area. He also owns the popular Flyway Brewing, just a block away on Maple Street. The brewery opened in late 2015, and while elements of the actual space made for an easier initial decision of calling Argenta home, it was also the neighborhood’s potential that inspired McMullen the most. He says, “I thought the neighborhood was so vibrant. It was alive down here, but it was really in its infancy. There were still empty buildings and plots of land.”

But progress was right around the corner, literally. Argenta 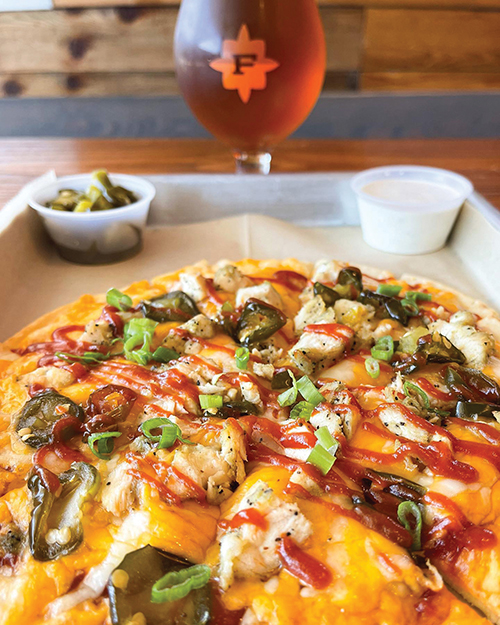 Plaza was built, and the Orion Building soon followed. Then a global pandemic hit and halted the momentum. Says McMullen, “We were getting ready to explode, then COVID.”

With the hardship came a sense of urgency, and as Slagle said, business owners and city officials teamed up like never before. An entertainment district was created — no small feat given the rules, logistics and boundaries that needed to be established within a short period of time. The formation of the Argenta Outdoor Dining District (AODD) meant restaurants could now expand dining rooms into the streets; live music offerings were also part of the fun. The AODD initially ran every weekend throughout 2020 but has since transitioned to the third weekend of every month. It established a true sense of community, even during the most difficult of times. Both Slagle and McMullen brag on the work of Chris Kent, executive director of the Argenta Downtown Council, as a key component in fostering change. “It cannot be understated what he has done for the neighborhood,” McMullen says. 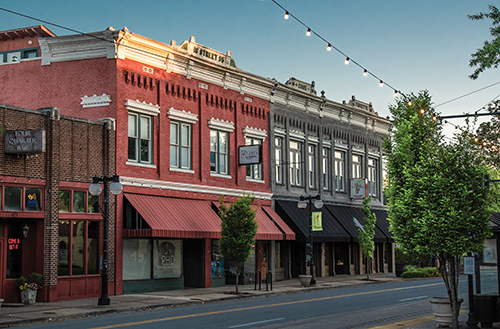 The business community came together at a critical time and has continued with that rising tide mentality: What is good for one is good for everyone. “In the past year, a lot of owners have embraced the idea that the way we’re all going to be successful is by working together and showing people why there are so many good options in the neighborhood,” McMullen says. “I hang out at all these places. There are some fantastic options.”

But with Argenta’s increased popularity comes higher expectations, and now — or ever for that matter — is no time to rest on their laurels. McMullen says, “We must continue to keep our standards of excellence high. Everyone has to up their game. When people come down here, they have to have a good experience because we want them to come back.” 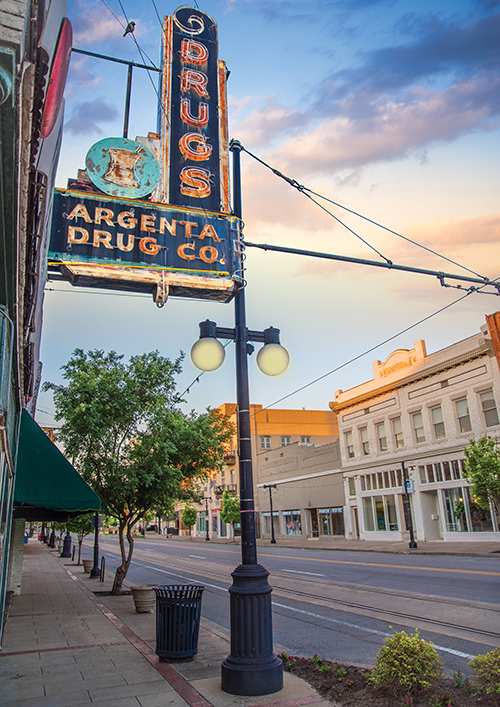 Chef and co-owner of Ristorante Capeo, Eric Isaac, agrees and adds, “The key is consistency. Also, everyone is doing something different. It is almost like a big food hall down here with all the choices.” Those choices include Flyway Brewing, Cregeen’s Irish Pub, The Joint Theater and Coffeehouse, Reno’s Argenta Café, Skinny J’s, Brood & Barley, Four Quarter Bar, Ristorante Capeo, Mugs Café, and KamiKaito. And while not technically in Argenta, nearby restaurants like Lindsay’s BBQ & Hospitality House, Walker’s Restaurant, and Mr. Cajun’s Kitchen are all within a short half-mile.

Recently, my wife and I visited Ristorante Capeo, an 18-year veteran of the neighborhood, along with new kid on the block Brood & Barley, both in the same evening. Cocktails crafted by Brood & Barley’s whiz beverage manager David Burnette kicked off the night, followed by fresh-made pasta at Ristorante Capeo just a few doors down. The settings could not be more different, which is an aspect we enjoyed. Having those diverse choices at such close proximity made for a fun-filled evening, while also allowing us to support two businesses with relative ease. The next time we visit downtown North Little Rock, I imagine two different restaurants will get our business. Beers and smoked pork nachos at Four Quarter Bar along with sushi at KamiKaito sounds like a fun time. 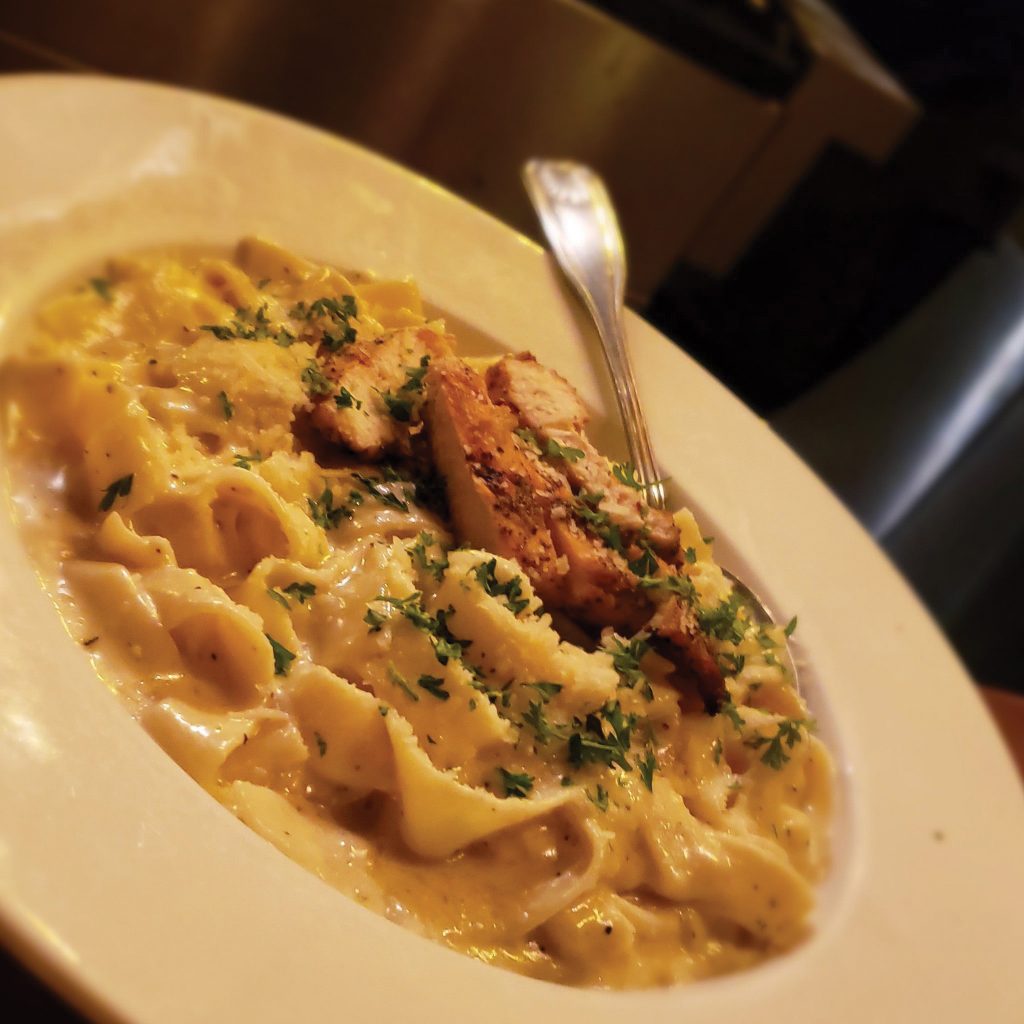 After dinner, we walked down Main Street toward the Argenta Plaza where a crowd of folks was enjoying an outdoor performance by the Arkansas Ballet. It looked like something you would see in the heart of Manhattan. But it wasn’t. It was Argenta. The energy of the neighborhood was palpable, and much like McMullen said, the vibrance was undeniable. Two days later, I was back in Argenta, this time working from Mugs Café. As I sipped on my iced coffee and pounded on the keyboard for a writing assignment, I could not help but raise my head every few minutes to enjoy the hustle and bustle of the shop. Again, the energy was distinct. 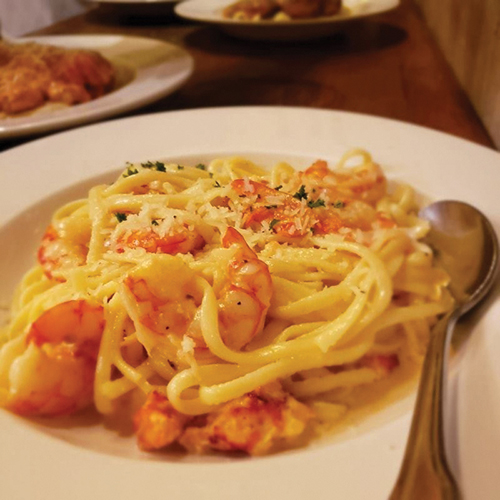 “The future is bright,” Slagle says, and, with more projects in the works, who can disagree with her for that sentiment? A “we” mentality among owners, especially those in the food and drink industry, will only help ensure that progress continues. In the meantime, make sure to get down to Main Street, have a beer, listen to some music, play a little cornhole, and enjoy one of the most vibrant neighborhoods in Central Arkansas. Argenta’s ascent is not slowing up anytime soon.

I will drink and eat to that.