The Banker Behind Centennial Bank 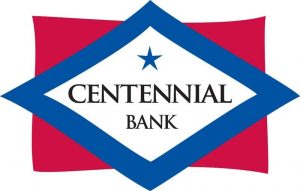 Johnny Allison, chairman of Home BancShares, is not your average banker. A manufacturing magnate by trade, he began his career in the financial industry after being invited to serve on the board of his local bank. They wanted to keep his business, he says.
A few months later, he was chairman of that institution. As it grew and merged with other banks, Allison too grew in his knowledge of banking. Today, he’s behind the wheel of one of the top performing banks in the nation.
Having accomplished much over the decades, Allison said he’s most proud of the impact he’s had in the lives of those he helped along the way.
“Our bank has changed the lives of a lot of people,” he says. “It’s educated their kids, paid off their homes, secured their retirements. For me, that’s pretty heartwarming. It’s good to share and see other people enjoy success.”
As a businessman who became a banker, Allison uses his wealth of knowledge to help others succeed. “Most bankers have never been in that business foxhole,” he says. “Most of them have never lived that. Having lived that is such an edge in the marketplace.”
Allison says his banks grow with the communities they serve. “There’s some magic in that… We believe in supporting our communities.”

The Banker Behind Simmons Bank
January 3, 2018

The Banker Behind Commercial Bank
January 3, 2018
Go to Top
Never Miss An Issue!