The Calm Before the Storm: Little Rock Women’s Shelter Braces for Onslaught 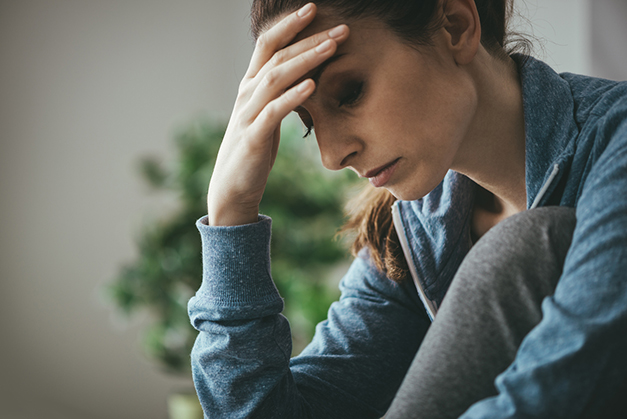 When Angela McGraw, executive director of Women & Children First in Little Rock, first heard of the stay-at-home recommendations related to the coronavirus, she felt it in the pit of her stomach. Women who were already in crisis situations would now be caged with their abusers, their partners’ violent tendencies stoked by job loss and fueled by alcohol or drugs within easy reach.

But it wasn’t until a few weeks into the pandemic that she really started to get panicked, for reasons she didn’t expect.

“At the beginning I kept thinking, as far as the shelter, how were we going to keep people within the shelter safe. And how would we be able to take care of as many people as we could,” she said. “Then the reality hit about a week or two into it where I was like okay, this is kind of interesting. We’re not getting very many. It was really just that quietness that was happening.”

“That’s when the realization hit me. I was a little bit panicked. I’m still kind of panicked at this moment. I don’t know what it’s going to look like.”

If it sounds odd that the leader of an organization catering to domestic violence victims is concerned over the lack of business, it’s because McGraw knows better than to think something like the pandemic is bringing out the best in people. More realistically, she said, victims are trapped in their own homes with fewer opportunities to safely call for help or leave together. It’s a situation to precede a reckoning of frightening proportions.

“I keep referring to this being the quiet before the storm for us,” she said. “Our crisis calls and our numbers in the shelter have been significantly lower than they’ve usually been in the past. People having the ability to seek help is limited because of the isolation and monitoring that’s happening within the home.”

McGraw’s experience-informed suspicions are being borne out nationwide. As the Marshall Project reported April 22, police reports of all crimes, domestic or otherwise, are dropping during confinement. However, domestic violence calls are down less than other crimes and the kinds of abuse being reported are more severe. The article went on to cite experts who are unanimous in their assertion that a 23 percent decline in domestic violence calls in Chicago, for instance, doesn’t mean a corresponding drop in incidents.

McGraw said such facts are mirrored at the Little Rock shelter, right down to the severity of injuries victims display upon arrival.

“People think when they come into the shelter that you’re going to see black and blue bruises and broken arms and stuff, but we usually don’t see those as often. That’s not the case right now,” she said. “What we’re seeing right now are the faces with broken jaws, broken femurs. We’ve seen some severe cases. I have a mom and kids coming in today which is a really critical case. In that situation, she was hurt really badly.”

McGraw has noticed other trends among the women seeking sanctuary from their violent partners. For one thing, more patients are from out of state than usual, likely to put as much distance between themselves and their attackers as possible. She’s also seeing a lot of new faces, which may suggest that the stress and opportunity of confinement during the coronavirus is triggering first-time abuse.

“The people that have come in here, we are not seeing repeats. These are not people that we have seen here before. This is the first time,” she said. “But we haven’t had enough people come in and out of here to really know what the deal is with that.”

“I do know that in my work with perpetrators in the jail system, many of them will tell me they were pushed to that limit and if (the victim) just would have got out of the way, they would have been able to calm down. I still believe that in a home where something like this happens, there’s probably been a potential for it to happen, it just might have looked completely different. It might have been having some control over the money or control over when and where we get to go, those types of things. Now (abusers) don’t have control over any of that.”

McGraw said the–COVID–made–me–do–it mentality is dangerous because it provides cover for the violence itself. She suspects many perpetrators and victims alike are buying into the fallacy that the pandemic is solely to blame for what she calls “the terrorism inside the home.”

“I think that if they’ve never been hit before that they’re in their mind thinking, ‘He’s never done this before. It’s because of the times that we’re in right now,’” she said “They’re minimizing what’s happening. We might not know for a really long time what’s actually happening in these homes.”

That said, McGraw is sure of one thing:  A sad tidal wave is coming; not if, but when.

“I’m thinking we’re going to be in the middle of May or towards the end of May before we start seeing this big jump in (demand for) domestic violence programs,” she said. “We’ll be dealing with people who will have the COVID restrictions lifted and people will be able to make contact with us at that point. That’s what scares me.”