With Best Croissants Outside Paris, The Croissanterie is Going Mobile 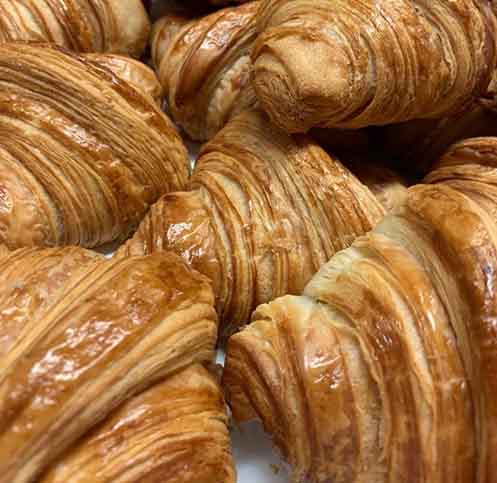 If you are looking for the best croissant on the west side of the Atlantic Ocean, then try one from The Croissanterie in Central Arkansas. Soon, it will be mobile with a custom-built food truck capable of meeting all production needs.

Chefs Wendy Schay and Jill McDonald have a lifelong passion for the culinary arts and baking which led them to starting The Croissanterie. Schay is a certified executive pastry chef and the lead faculty instructor for the career center at the University of Arkansas – Pulaski Technical College, while McDonald is a certified executive chef and an adjunct professor at the college. 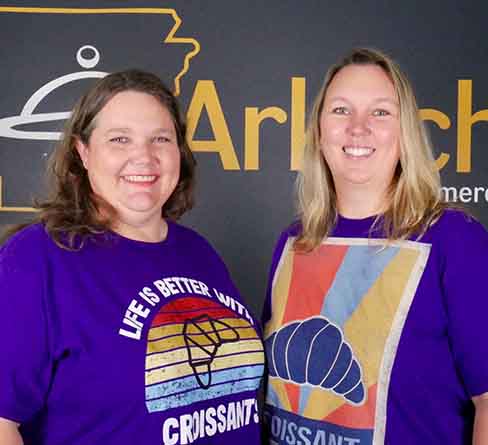 “Wendy and I met in culinary school teaching part-time and finishing our degrees,” McDonald says. “I have 25 years of experience working at different places in the food industry and catering events, but I always had a passion for my own place. Wendy makes the best croissants in the whole world and a visiting instructor from France even said it was the best one he has tried on this side of the Atlantic.”

When Schay and McDonald aren’t working at the college, they spend their free time making fresh, flaky croissants and other baked goods to sell.

“We started out selling them at the market in Hillcrest every other weekend and would sell out within the hour,” McDonald says. “We take orders over Facebook now and even have places reaching out to sell or use our products in restaurants and stores.”

According to Schay and McDonald, they contracted with Arkitchen for a year to increase their production. Jon Lamb is the owner and operator of the shareable commercial kitchen in Little Rock that currently has twenty tenants including The Croissanterie.

“Jon helped us a lot with getting everything organized, making a business plan and applying for permits,” says Mcdonald. “We also worked with Nicolas Mayerhoeffer with the Arkansas Small Business and Technology Development Center at the University of Arkansas at Little Rock. He got us with a lender and worked on helping us be approved for a loan.” 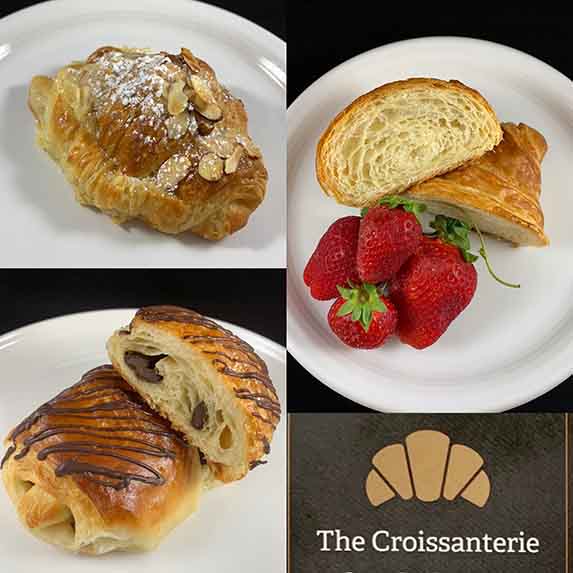 Schay and McDonald made the decision to get a mobile food truck in January and was approved by the Arkansas Department of Health for a permit on June 16 shortly after finalizing plans on the food truck.

“The food truck is being built now and will have everything we need including double convection ovens, sheeters, laminators and 30-quart mixers. It is supposed to be a 10 to 12 week turnaround, so we expect it to be completed by late August or early September. After we transition into the truck, savory items will also be added to the menu.”

The plan is to make breakfast, brunch, lunch and dinners with a rotating menu of specials every week or month. Ever heard of a tacro? Well, you might be able to try one at The Croissanterie with your favorite taco fillings in a flaky croissant shell. There was even a mention about possibly having a “breakfast tacro that could have bacon, egg and cheese or maybe chorizo and potatoes.” 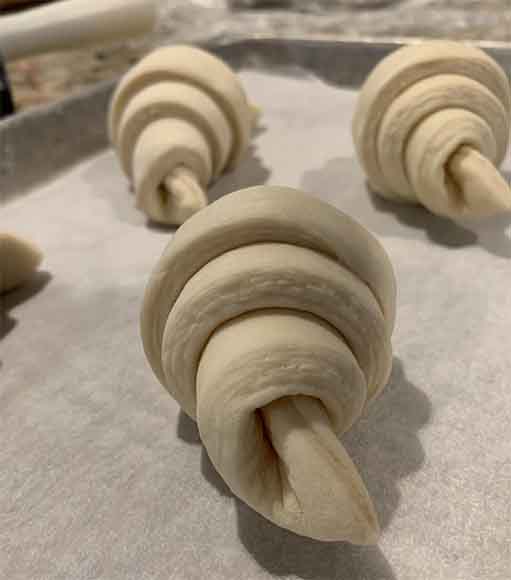 “Anything we can do, put or use a croissant with, we will try it. There are so many possibilities and ideas, but we just want to have fun and play with food. If we like it and think someone else will too, then we will let others try it. We also want to use as much local product as possible.”

Word is spreading fast about The Croissanterie especially within Central Arkansas. It sold out this week in a record time of less than 24 hours.

This week’s menu includes butter, chocolate and almond croissants in addition to jalapeno and cheddar sourdough and blueberry-lemon sourdough. They also have cruffins which are “leftover croissant dough baked in a muffin tin and tossed with cinnamon sugar.” 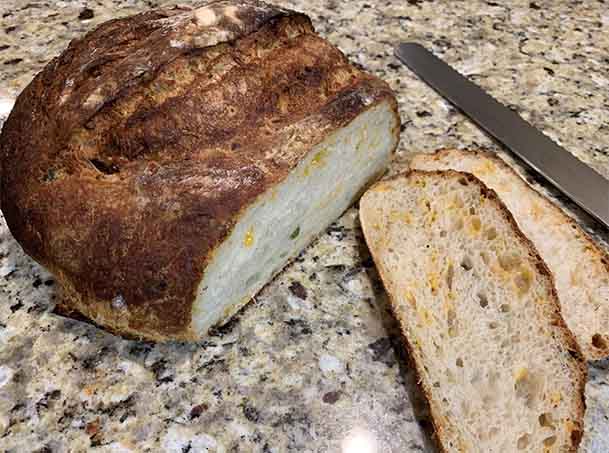 The Croissanterie will be at the grand opening of The Filling Station on Friday, July 10 at 10 a.m. to sell their croissants and sourdough. Located at 3623 JFK in North Little Rock, The Filling Station will have a food truck court with a maximum of food trucks on the lot daily as well as local products such as produce, baked goods and crafts.

Check out The Market at Midtown in Bryant on Saturday, July 11 at 8 a.m. for another chance to try one of the delicious creations by chefs Schay and McDonald. They will also be hanging out with two other local food trucks Delta Biscuit Company and Joyful Baking Co.

READ MORE: Fresh Off The Highway