The Dream of El Dorado 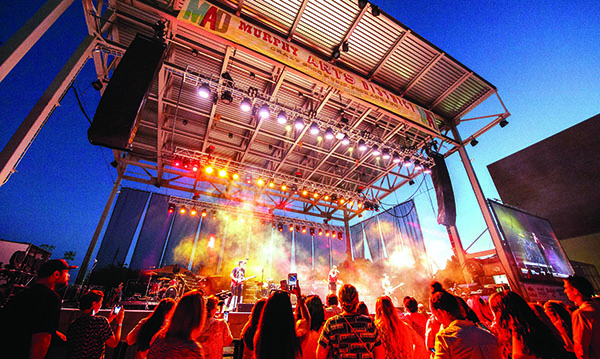 There’s no getting around the fact that El Dorado has produced far more than its share of overachievers. The late novelist Charles Portis was born in this fine Union County community, as were star athletes Lou Brock (National Hall of Fame baseball player) and Goose Tatum (basketball icon for the Harlem Globetrotters). Same goes for entrepreneur Charles H. Murphy Sr. and Arkansas’ first Miss America, Donna Axum Whitworth. 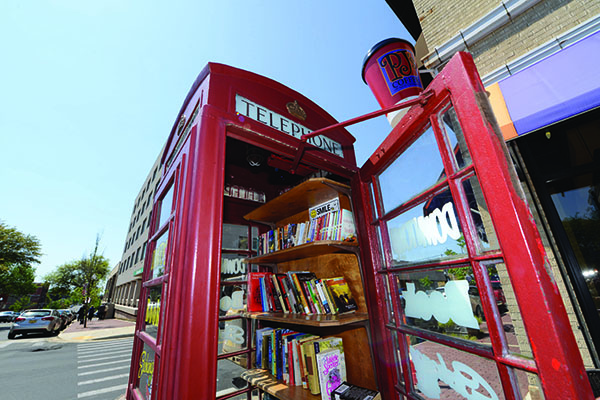 One of Arkansas’ popular sayings, “There was something in the water,” might explain away this phenomenon for some folks. But there was sure enough something in the ground. Oil, that is. One hundred years ago this month — at 4:30 p.m. on Monday, Jan. 10, 1921, to be precise — the future of El Dorado was forever changed when Busey No. 1, soon to be known as the “Discovery Well,” struck liquid gold at a depth of 2,233 feet. Located on a farm about a mile southwest of El Dorado, the gusher blasted through the top of the derrick with a deafening roar, spewing oil across the surrounding countryside and drenching the crew and a group of delirious spectators. Businessmen in downtown El Dorado watched in wonder from the upper floors of their office buildings as the thick, towering column of oil swayed in the wind. Meanwhile, sheep grazing on in a field a mile north were blackened with the sticky goo, and freshly washed garments and linens hanging from El Dorado’s clotheslines dripped with oil. The rush was on.

And what a rush it was. Almost overnight the town was transformed from a sleepy burg serving the cotton and timber industries into a bustling boomtown with nearly 100 oil contracting companies, distributors, refiners and production outfits. Yielding some 70 million barrels of oil a year in 1925, the El Dorado field was America’s top producer. By the mid-1920s, the town’s population had grown from its 1920 census count of 3,887 into the oil capital of Arkansas, housing nearly 30,000 residents — many of whom were forced to live in tents or ramshackle shacks due to a lack of basic shelter. The state’s 12th largest city only months earlier, it now battled Fort Smith for the second spot, both trailing only Little Rock. According to the Arkansas Gazette, “Twenty-two trains a day were soon running in and out of El Dorado” to handle the flood of people. 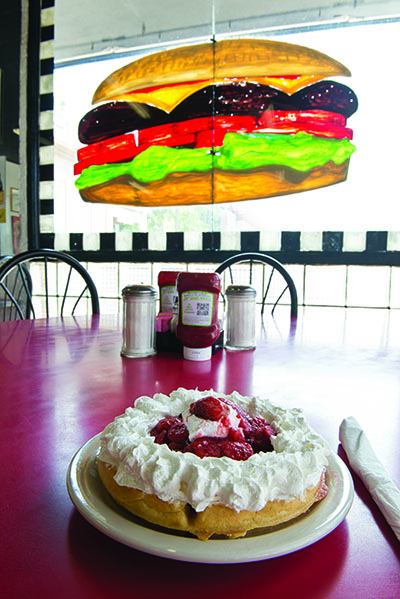 Oil production soon plummeted, bringing an end to the boom. By 1930, El Dorado’s population had fallen to 16,421 (and today stands at 18,884). But the aforementioned Charles H. Murphy Sr. was undeterred, investing in banks, timber and land, accumulating a substantial business empire. When the elder Murphy suffered a stroke in 1941, his son, Charles Murphy Jr., began managing the various holdings. He and his siblings combined their interests five years later, forming C.H. Murphy & Company, later to become Murphy Corporation (and eventually Murphy Oil and Murphy USA).

Thanks to the generosity of the Murphy heirs and the namesake companies, along with substantial support from the city of El Dorado, the state of Arkansas, the Delta Regional Authority, and numerous individual and corporate donors, the Murphy Arts District (routinely referred to as MAD) is transforming the town. This $100 million multiphase project just off the south side of the downtown square has already resulted in a spacious, 10,000-seat amphitheater, a 2,000-seat First Financial Music Hall and the Griffin, a trendy restaurant in the old Griffin automobile dealership. Once the pandemic is over, MAD patrons can expect the usual line-up of top tier entertainers, folks like Cardi B, Lyle Lovett, ZZ Top, Smokey Robinson, Hank Williams Jr., Migos and Brad Paisley — all of whom have either performed or were once booked at MAD. The buzz in the musical world caused Rolling Stone magazine to send one of its reporters to town a couple of years ago to figure out what was going on. 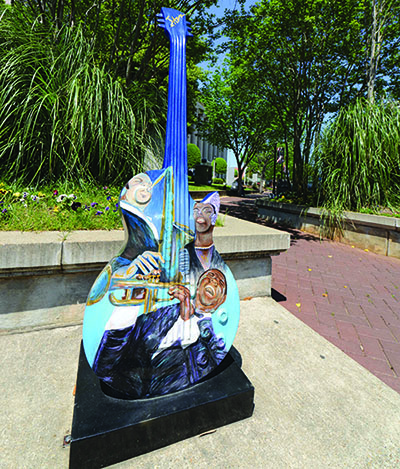 When asked if there’s anything like MAD in other Arkansas communities, Pam Griffin, MAD’s executive director, has a ready answer. “There’s nothing like it anywhere else,” she says. When you look at its ever-growing mix of concerts, festivals, programming, restaurants, children’s playscape, splash park, ice rink (seasonal) and farmer’s market (also seasonal), you realize that she’s probably right. And that doesn’t include the Rialto, the historic theater that MAD will restore in a future phase. For future MAD events, check out www.eldomad.com website.

In many ways, MAD is a continuation of an effort begun years ago by Richard Mason, a geologist who moved back home to open his own business. Mason and his wife, Vertis, purchased several empty buildings on the square and leased them to retailers. They then bought more, and now have some two dozen downtown tenants. And when Vertis heard about a new program available through state government for urban revitalization, she pushed hard for El Dorado to sign up, making the community one of the first in the state to formally adopt the Main Street approach. While visiting Houston several years ago, they spotted a pair of vintage telephone booths from London in an antique shop. The Masons bought the booths, moving them onto the square in El Dorado where they served as payphones until cell phones became common. They then converted them into free book exchanges, partnering with the local Barton Library. “Downtown is the center of the community,” Richard says, and “it’s the unique stuff that brings people in.” 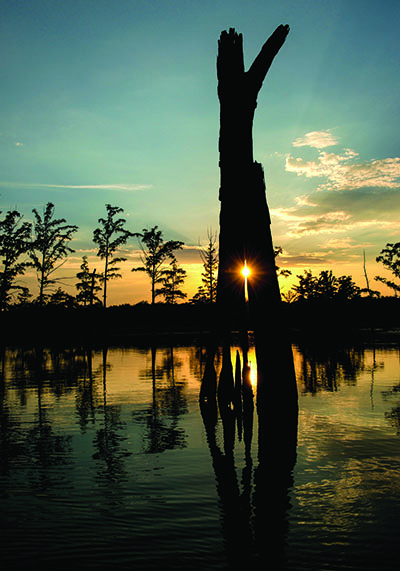 Beth Brumley, executive director of Main Street El Dorado, agrees, calling her downtown district “the heartbeat of south Arkansas.” After its recognition in 2009 as a “Grand American Main Street,” El Dorado received “City of Distinction” awards in 2011 and 2012. Brumley says the vibrant downtown area is a good example of “using historic preservation to help businesses thrive.” With 11 restaurants operating in the city’s center, El Dorado is indeed doing something right.

I’ve had the good fortune to sample a handful of the city’s restaurants over the years. For a hearty breakfast or a tasty burger, Johnny B’s Grill cannot be beaten. Fayrays is a bit more upscale, offering a menu of New Orleans-style entrees. The House of Wylie Coffee Bar & Café is a great sandwich shop. Students of the state’s restaurant scene will recognize the name Minute Man, and the sole surviving example of that Arkansas franchise was in El Dorado until the brand’s recent resurrection. And, of course, I must include Spudnut Shoppe for those with a sweet tooth.

El Dorado also offers up good servings of culture. The South Arkansas Arts Center (known locally as SAAC) has been in existence since l964, occupying space that once housed a National Guard Armory.  “It’s now an El Dorado treasure,” according to executive director Laura Allen. “SAAC creates a real sense of community, opening doors where people from all walks of life can be part of the same group.” While the 2021 calendar remains in flux, Allen is excited about the prospects for producing Nunsense, one of the town’s all-time favorites. The recent El Dorado Film Festival had a shortened schedule, but garnered a good deal of attention. Meanwhile, the South Arkansas Symphony Orchestra has been forced to pause until the pandemic situation eases.

Pandemic or not, chamber of commerce executive director Bill Luther is excited about El Dorado’s future, citing the energetic downtown, MAD, and a new boutique hotel (The Haywood). He’s also enthusiastic about a major industrial conglomerate’s potential for extracting lithium from underground brine deposits in the area. Recent tests at a pilot plant have looked very promising, and that’s great news considering the growing demand for lithium in batteries, pharmaceuticals and other products.

I’ve saved Mayor Veronica Smith-Creer for last. That’s because she’s a double-first for El Dorado: the first woman elected to this position and the first African American to hold the office. A native of El Dorado and owner of a small business, she’d been involved with community activities for years. Soon to complete her second year on the job, Smith-Creer got into politics because she loves helping people. She wants to educate her constituents on the process of city government and the benefits of working together. She’d been doing that through a series of town hall meetings, but those plans had to be shelved when COVID-19 took over. Despite these unexpected challenges, Smith-Creer has enjoyed the new responsibilities. “Women,” she says, “bring a different dynamic to positions. We can be a little more compassionate.” 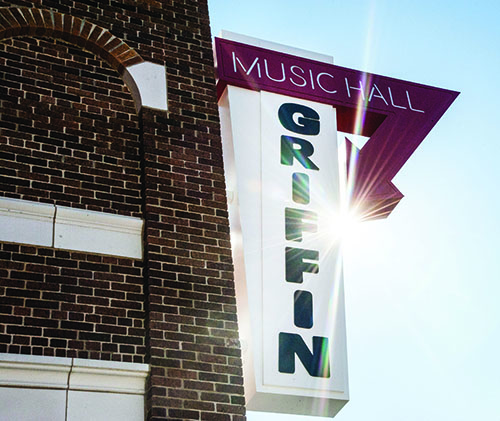 Folks planning visits to El Dorado might also consider a couple of nearby side trips. One is the South Arkansas Arboretum. One of Arkansas’ lesser-known state parks, this 12-acre wooded site features plants native to the West Gulf Coast Plain along with several exotic species. Paved walking trails, a gazebo and restrooms make this a welcome oasis for travelers.

Conveniently situated just 10 miles north of town on Arkansas Highway 7, the Arkansas Museum of Natural Resources pays particular attention to the fascinating story of the 1920s boom. Actual oil derricks and original oilfield equipment are among the outdoor displays, and a 25,000-square-foot educational center interprets that intriguing era. Don’t forget to check out the gift shop.

About 30 miles east of El Dorado on US Highway 82 is Felsenthal National Wildlife Refuge, a 65,000-acre complex of sloughs, bayous, lakes, pine forests and bottomland hardwoods. This diverse ecosystem supports a wide variety of native animals, and generates great opportunities for fishing, hunting, boating and wildlife viewing. The visitor center includes exhibits on Native Americans and the local flora and fauna.

Information on these and other area attractions can be found at the official state welcome center, located at the junction of Highways 82 and 167 on the south side of El Dorado. Ask for a free cup of Westrock Coffee when you drop in!