It’s a Saturday night in the often-overlooked Northwest Arkansas town of Lowell, but things are anything but sleepy inside the packed confines of The Grove Comedy Club. A crowd of 160 fans has turned out for one of five sold-out shows headlined by John Crist, the top Christian-circuit comic in the nation. And with tickets costing $35 apiece, business is booming.

Such success has been a regular thing for the club, which opened its own standalone location two and a half years ago after 18 months as an 80-seat venue located in a strip mall. According to general manager Collin Adams, the club’s wide seating layout enables audience members close proximity to each week’s performers, thus enhancing the intimate feel and resulting high energy of its shows. 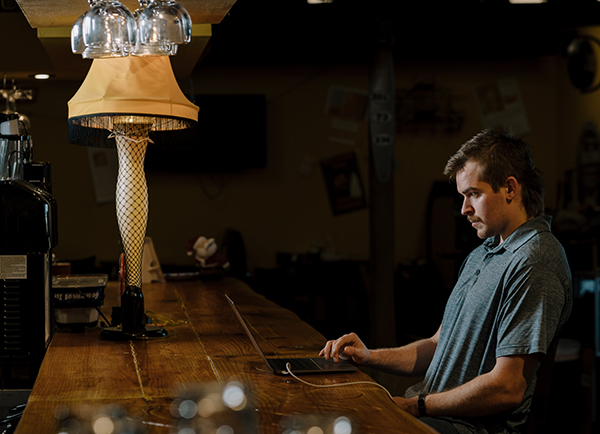 “We can have more people in here than our old venue, but it’s still an enjoyable experience because you’re so close to a comedian versus going to an auditorium where you might barely see them,” Adams says. “You’re within not spitting but throwing distance of the comedian, and it makes it more personable.”

Adams notes that the club puts a premium on providing patrons with an all-around quality experience to give them a full night of fun. The current location’s menu moved away from the “greasy bar food” of its original incarnation, allowing for full dinners including steaks, with all patrons guaranteed a table or bartop seat that ensures a comfortable dining experience rather than struggling to balance food in their laps.

He’s able to oversee an ace staff of about 20 cooks and servers because Adams has done just about every job in the joint himself on the way up to his current post. 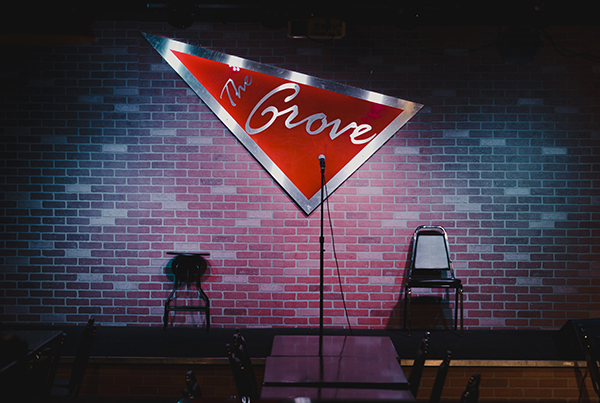 “I’ve done a little bit of every job except performing onstage, but I have done the announcements even,” Adams explains. “I’ve been a dishwasher, I’ve been a server, I’ve been a cook, and a bartender and, boy, it’s been whatever they needed me to do.”

One skill that Adams grew into is perhaps the club’s most important: booking the headliners. While Little Rock’s Loony Bin primarily relies on rock-solid regional acts who’ve built a strong following on the club circuit, The Grove has been willing to take a chance pursuing more stars who’ve been featured on Comedy Central, America’s Got Talent and even Saturday Night Live. The pay scales for comics, and the attendant ticket prices vary depending on the size of the name involved. 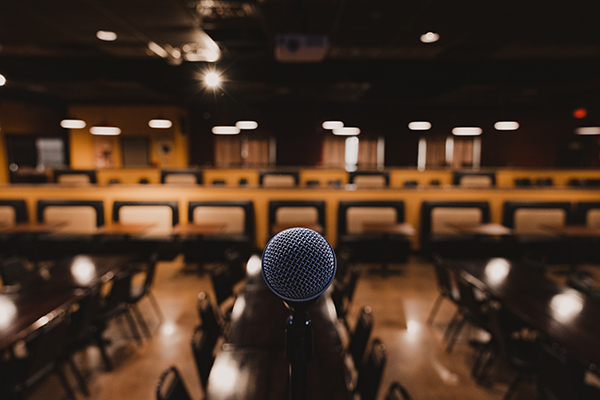 “We still have our regional favorites too, with a mural on the side of the building featuring four of our top comics, who also have drinks named after them on the menu,” Adams says. “But to make money, you have to spend money. We knew if we had these big superstars where the average person is going to know their name, people are going to come out to see them. If we wanted to have a couple weeks at a time where people are going to buy tickets to the shows, then we’d have to go for the names. Advertising is tough for us, but word of mouth goes a long way.”

The Grove manages to fill its seats because Lowell is in the heart of a thriving five-city hub that includes Fayetteville, Springdale, Rogers and Bentonville, all of which have diverse audiences with money to spend.

Among the biggest draws that The Grove has featured are former SNL star Rob Schneider, who sold out an incredible 14-show run, working three weekends in a row in the club while shooting a movie the rest of the week in Louisiana. Other recent SNL alums have included Jay Pharoah and Tim Meadows, with ’80s superstar Bobcat Goldthwait another big name gracing the stage, and Rodney Carrington’s “wild” fan base provided the most boisterous weekend the club has seen. 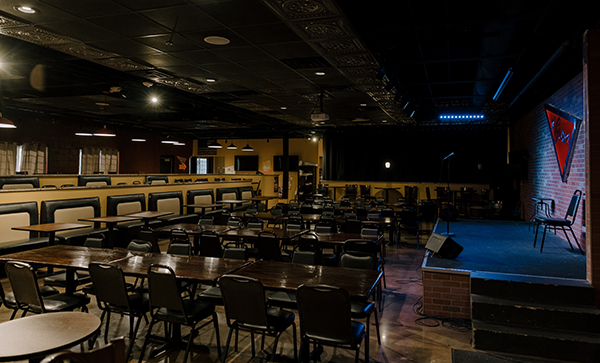 “We have to treat all these stars nicely of course, because if you treat even one badly, they’ll spread the word to everyone else on the scene,” Adams says. “So the waitstaff always treats them respectfully, and the owners are always on hand to take care of their every need. We want to make sure that they have a good time because if they have a good time here, they’re going to perform better.”

Ultimately, the secret to offering a standout experience to Hollywood-level stars lies in the fact that Arkansas itself manages to step up and shine when it matters most.

“A lot of people think, ‘Arkansas, I don’t want to go to a redneck state where there’s nothing but trees and deer meat,’” Adams says with a laugh. “But in Northwest Arkansas, it’s very nice and respectable, and that’s been a surprise to a lot of comedians that have never been to Arkansas. They’ve not seen how well put-together we are.”