The Humble Tamale: Where to Get Them in Arkansas 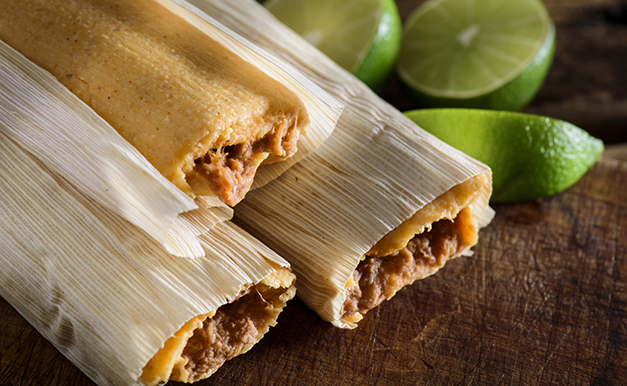 In Arkansas, we have all sorts of hidden talents. While most people think of Arkansas when it comes to rice growing, duck hunting and mosquitos, there are far more things going on around the Natural State than that – especially when it comes to food.

Take cheese dip for example. While Arkansas may not be world-renown for its cheese dip, it has made waves. In 2016, U.S. Congress members selected Arkansas cheese dip from Heights Taco & Tamale Co. over Texas queso in a competition to determine which was better.

There’s also Arkansas barbecue, which is delicious, but is often in the shadows of its cousins in Texas, Memphis and Kansas City.

But one food delicacy that Arkansas excels at is the humble tamale.

According to Britannica, tamales are small dough cakes made from corn, or flour, that are filled with meat or another product, and then cooked. Tamales are a Mesoamerican dish and existed before the Spanish conquest of Mexico.

The tamale has gotten a twist in Arkansas in many cases. The Delta region has a rich history of making tamales, often made from corn meal dough and cooked in leaden pots instead of the traditional steaming method. 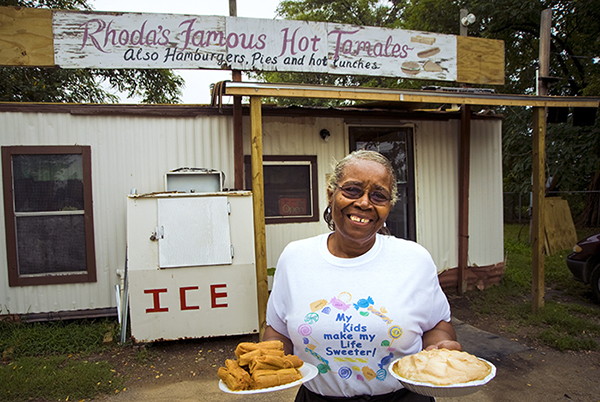 Rhoda Adams and her namesake restaurant.

One of the most famous spots to pick up some tamales is from Rhoda’s Famous Tamales in Lake Village. The tamales that Miss Rhoda whips up are spicy, featuring a filling of spices, beef and more.  The restaurant is open Tuesday through Friday from 8 a.m. to 5 p.m. and on Saturday from 8 a.m. to 3:30 p.m.

Another great spot to stop is the Tamale Factory, located in Gregory outside of Augusta. If you’ve ever been to Doe’s Eat Place, you might recognize these tamales. That’s because this is the literally factory that Doe’s tamales are made at. Now, you can get those same tamales right from the source. The restaurant is open Friday and Saturday from 5-10 pm.

Of course, we’d be remiss if we didn’t suggest a visit to Doe’s Eat Place. You can get some tamales, along with a porterhouse steak, and soak in the atmosphere.

AY Food Editor Kevin Shalin also highlighted some tasty tamales from Low Ivy Catering food truck. These tamales, he said, honored the dish’s Mexican roots and the Delta twists. However, these tamales aren’t always available, so make sure to check their menu before you go looking for them.

Check out some more great tamales at our Arkansas tamale round-up here!