The Journey Back To Good Health 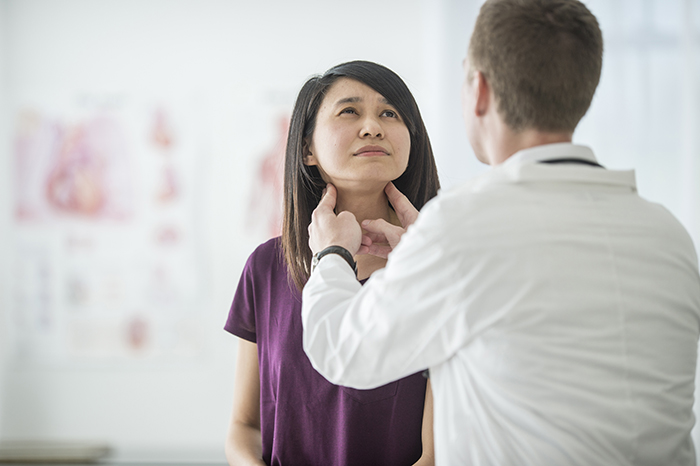 What affects women more than men, impacts health care costs by $100 million annually and on average takes over three years and four doctors to get diagnosed? Autoimmune diseases. With more than 100 known autoimmune conditions, you or your spouse but for sure your neighbor might suffer from some. According to the American Autoimmune Related Diseases Association, Inc., here is the list of the ten most common:

The National Institutes of Health estimate up to 23.5 million Americans have an autoimmune disease. In comparison, cancer affects up to 9 million and heart disease up to 22 million. They are pervasive. But why?

Amy Beard, M.D., of Little Rock says that she thinks she knows why. She’s a functional medicine physician, a specialty dedicated to finding out WHY you’re sick, not just that you’re sick. She says, “Things like toxin exposures, heavy metal toxicities and vaccines” are partly to blame.  She adds, “Things that rev up your immune system and/or contribute to immune dysregulation could be contributing to the dramatic rise” in these conditions. And stress. “Chronic stress also plays a large role. Chronically-elevated cortisol levels will wreak havoc on your health in many ways.”

But there are two things she says should lead this pack of offenders: Poor gut health and gut permeability. Those are fancy words for imbalances in the gastrointestinal microbiome (where the good and bad bacteria live). Beard says, “Gut health is the most important thing. Your GI tract contains 80 percent of your immune system. A diet high in processed foods and sugar, medications like NSAIDS (ibuprofen) and acid suppressing medications” will give you trouble.  It all goes back to that four-lettered word. Diet.

“Diet is a huge part of chronic stress. Things like sensitivities to wheat, gluten, dairy, eggs, soy, corn, beans and legumes are very common,” she adds. “Food dyes even impact health.” So what can we eat? Beard recommends “avoiding processed foods and eating organic and non-genetically-modified foods, lots of colorful veggies, smaller portions of grass-fed, pasture-raised, cage-free animal products.” She adds, “You are what you eat EATS.”

Tracy Smith is an autoimmune patient who has to work hard every day to maintain good health. That means exercise, sunshine, supplements, rest and avoid stressors that trigger a flare up. Smith has lupus, a condition that is inflammatory, autoimmune and chronic. She knew something wasn’t right after she couldn’t shake a rash. Not the “typical butterfly rash that lupies get,” that is the term of endearment people with lupus call each other. Many people with lupus get something that is shaped like a butterfly on the face. But Smith’s was different, so it didn’t trigger any alarms. What was typical was the extreme fatigue, the hair loss and the inflammation. She adds, “just general malaise.” And a fever. She once had a fever off and on for three months, and it ranged between 100 and 103 degrees. She has since learned to cope with these chronic conditions by listening to her body. That includes taking supplements and maintaining a healthy diet which is “part paleo/part vegetarian. Heavy on the vegetables,” she says. A paleo diet is grain and sugar free which cuts down on her inflammation. She also exercises by walking and weight training.

Smith has also been diagnosed with Hashimoto’s thyroiditis, a chronic disease of the thyroid; Sjogren’s syndrome which is characterized by dry eyes, mouth and trouble swallowing, along with Raynaud’s disease, a condition with very cold, sometimes blue, extremities. These often accompany a lupus diagnosis.

The challenge for her is to try to recognize which condition is misbehaving when she has numbing fatigue or another symptom. Just recently, she was convinced her overseas travel was to blame for a flare up of maybe lupus or her thyroid condition. The fatigue was debilitating. Yet it was neither. She needed four pints of blood to treat anemia. “People don’t get it because I look fine,” she says with exasperation.

Type 1 diabetes is a chronic autoimmune condition in which the pancreas can’t produce insulin, a hormone that regulates the amount of sugar in the blood. It was once known as juvenile diabetes because the onset is usually during childhood or teen years. But Mark Carter, the editor of AY Media Group publication, Arkansas Money & Politics, was in his 20s when he realized something just wasn’t right. Carter says at age 26, “I was exhibiting the classic symptoms. Thirst, fatigue, waking up to use the bathroom multiple times. [I] lost 10 pounds in about a week.” His doctor tested his blood sugar, and it was 480. (Normal is 80-120). Carter adds, the doc “admitted me right away.” A Type 1 diabetes diagnosis often results in immediate hospitalization. It is a time of education for the patient, and Carter stayed two to three days, he remembers.

He will gladly show you his insulin pump before he makes a snack or meal choice (high blood sugar means no pasta or dessert, and Carter loves dessert.)  That is the life of T1D sufferers along with procurement of A1C numbers which Carter tries to keep  in the 6s and 7s. Carter values exercise as part of his health self care. And like other autoimmune diseases, Type 1 is often accompanied by another. The other condition Carter has is the one most diagnosed in females. He has Hashimoto’s thyroiditis. Men have a much lower incidence of contracting autoimmune thyroiditis, but because Carter has T1D, it put him at a higher risk. No weight gain for him, but he has experienced the fatigue which is so common. His endocrinologist was able to diagnose him due to the “hundreds of nodules” on his thyroid. He takes levothyroxine (generic Synthroid) as a thyroid hormone replacement and feels “fine,” he says. 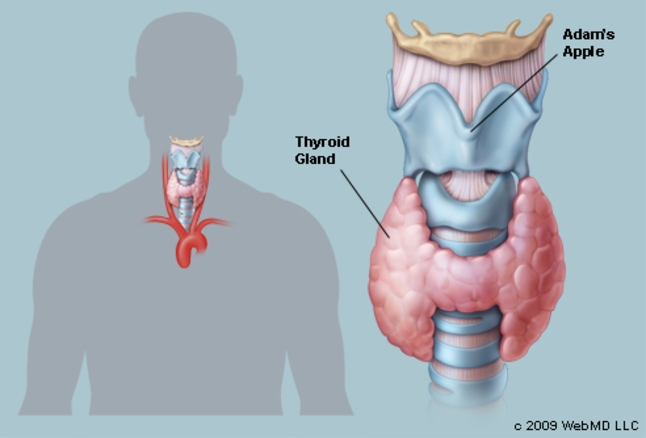 Beard says to optimize your health and “Seek out a certified functional medicine physician. Get your antibody levels tested if you suspect thyroid disease. And treat your food intolerances. Elimination and reintroduction diets are hard. But they give you darn good data.”

My impetus for shining the light on autoimmune disease stems from my own medical journey. It was 1999 when my third autoimmune condition popped up; I have six total. But it was a rare swallowing disorder known as achalasia and then the one that is the bane of my existence, Hashimoto’s thyroiditis, that caught my attention. This occurred just after getting diagnosed with vitiligo and chronic urticaria (hives) in the 90s when I felt like things were spiraling out of control. I also have pernicious anemia and alopecia as well. I am such an overachiever. How could a healthy woman be unhealthy so quickly? There is a link between autoimmune conditions and high adverse childhood experiences (ACE scores) and then pregnancy often causes a spike in onset. Mine quickly escalated after each of my three pregnancies. 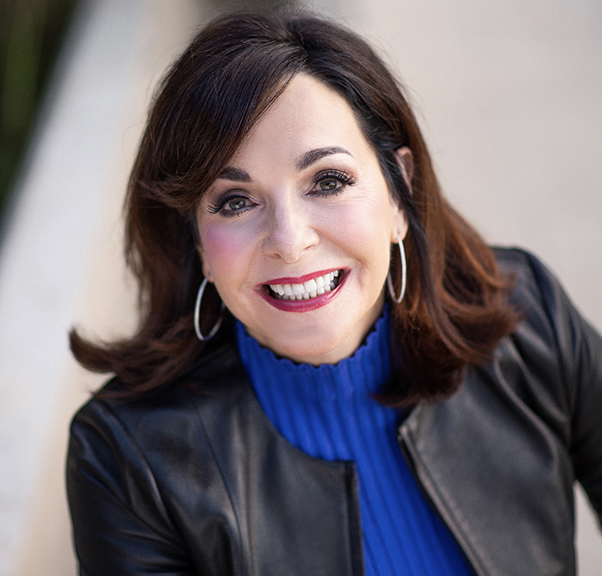 Thyroid disease is what spun my world out of control with a diagnosis finally in 2003. After four long years of telling doctors the same thing, “I am tired, constipated, have hair loss, suffer from weight gain, low libido, have GI distress and crazy menstrual cycles,” I heard the same thing from every physician. “You’re depressed.” My husband told me, “You aren’t depressed. But you’re the most tired adult (we were parents to young children) I have ever seen.” His mother had Stage IV breast cancer at the time and had more energy than I did. But convincing a doctor to investigate further was a battle. Finally, I stomped my (swollen) foot (swelling is a symptom of low thyroid) and demanded answers.

The endocrinologist listened and said it was fairly obvious even before he ordered lab work. “You have thyroid disease.” How did he know? Was he a clairvoyant? So I went to work. I read everything printed and posted about thyroid disease. My husband called them my “thyroid murder mysteries” because I treated them as page-turners. I became so well-versed that some local physicians still call me about thyroid cases (I am not making this up). It changed my life but actually for the better. I learned to be my own advocate; I learned to trust my instincts about health, and I learned that a tired thirtysomething does not make a great spouse, parent or co-worker. I had to get better to function at my high energy level. I’m glad I was persistent.

Now I want to help others. If you’re unsettled about answers to your health concerns and suspect thyroid disease (or another condition), get to work. Research, research, research. Be your own advocate. If it’s thyroid disease that you think you might have, get all the lab work your insurance will allow including tests for thyroid antibodies and a full thyroid panel including T3, T4, free T3, free T4 and TSH. (My antibodies were <1300 when I was diagnosed. At the time, anything higher than 30 was a concern. My TSH was at 3.8. Normal.) If your doctor balks, fire him/her. Find someone who will palpate your thyroid from behind and will prescribe the medicine that works best for you. (I take NP Thyroid which is the poor man’s Armour thyroid. I take 120 mgs and some levothyroxine. Synthroid, by itself, was a joke for me. It was like taking Tic Tacs.) Again, resistance from a health care provider means you’re going to the wrong one.