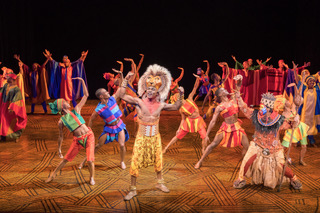 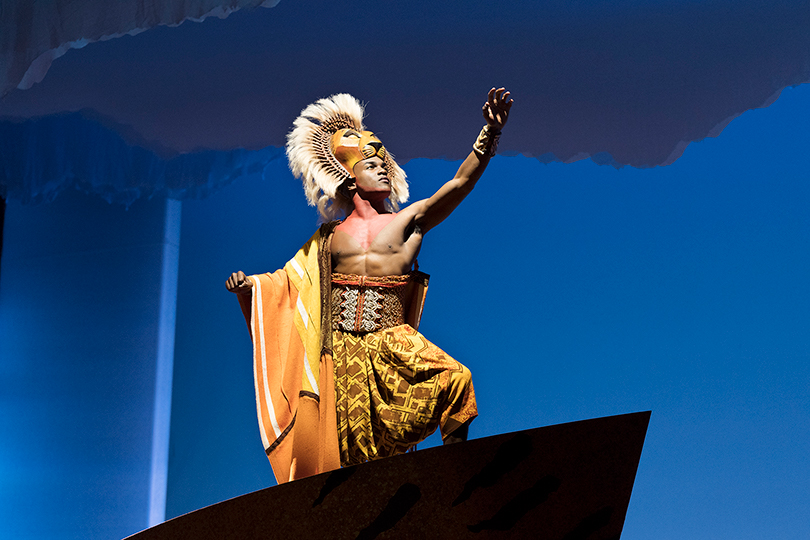 Gerald Caesar as Simba in The Lion King. Photo courtesy of Celebrity Attractions.

The award-winning Broadway musical The Lion King will make its way to Little Rock on April 19, for the show’s first visit to Arkansas. In its 20th season, The Lion King will bring its exciting performance to the Robinson Performance Hall for three weeks.
AY recently caught up with the star of the show, Gerald Caesar, who plays the role of Simba, for an interview.
How long have you been acting, and what was your first musical performance?
“I’ve been performing for 10 years. My first performance was Beauty and the Beast, freshman year of high school.”
When did you join the cast of The Lion King?
“Rehearsals began in September of 2017, and we started performances in October.”
RELATED: AY‘s Top 10 Events in April »
How does it feel to be a part of such a popular, exciting performance?
“It’s very rewarding. Lion King is global. Everyone knows the cartoon. Everyone knows Disney. So, it makes it easier for the audiences.”
How does it feel to play the most iconic character in one of the most popular shows of all time?
“It feels like a dream come true. It’s Simba from the Lion King. Literally everyone knows who that is. Whereas, if I were doing a different show – even if it had won Tony Awards – sometimes outside of the theater community people wouldn’t know. To take this show to so many different places and have everyone know all about it is exciting.”
What do you think you bring to the character of Simba?
“I think I bring a youthful quality to him – I’m 23 – as well as a lot of energy.”
How do you prepare for such a role?
“I always do a 30-minute voice warm up, 20-minute stretch during intermission. I like to listen to music that reminds me of the show, songs I think Simba would want to listen to.”
SUBSCRIBE: Sign up for our newsletter »
What’s your favorite aspect of the production, and what’s your favorite part of the story?
“My favorite aspects of production would have to be the costumes. They’re so unique, really trailblazing in theatre. As for my favorite part of the story, it has to be when Simba’s father comes back to him in the sky.”
What’s your favorite song in The Lion King?
“’They Live in You’ in the first act, when young Simba is talking to his father, and he tells him about his ancestors.”
What do you think has been the key to the productions success over all these years?
“I think all people can relate to The Lion King. It appeals to a very large audience. I don’t know anyone who doesn’t like it or can’t enjoy it. Everyone gains something from seeing it.”
Why do people love The Lion King so much?
“The music is beautiful. The costumes are beautiful. The lighting, design. The story, most people already know it going into to. All around, it’s so palatable.”
Visit celebrityattractions.com for tickets and more information.