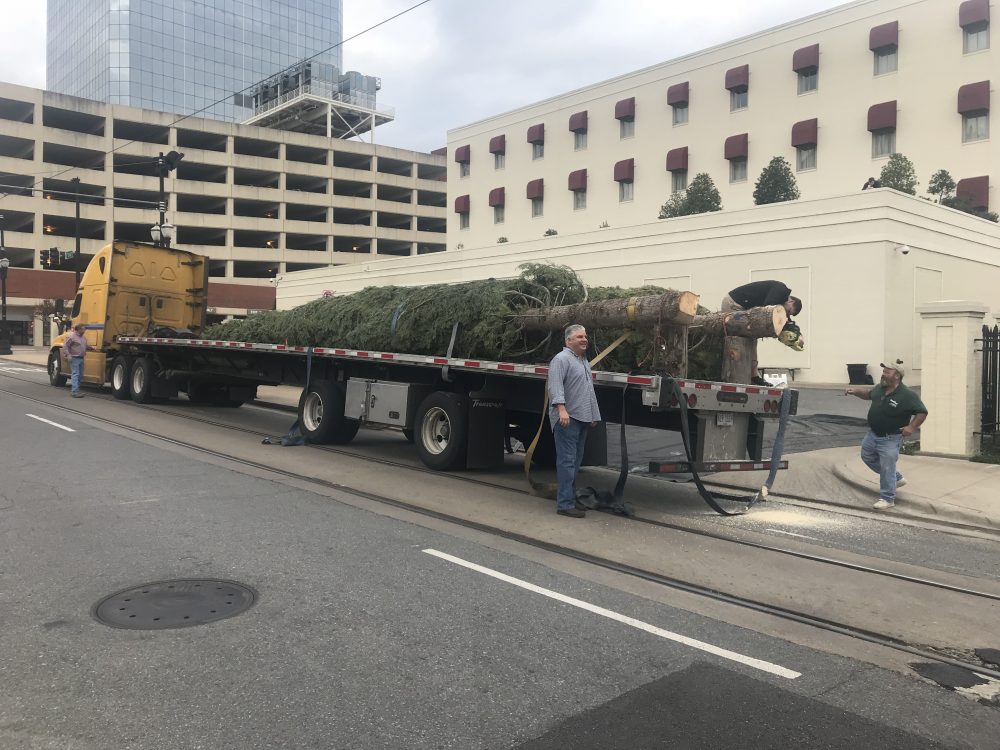 It’s beginning to look a lot like Christmas with the arrival of the Main Street Christmas tree! 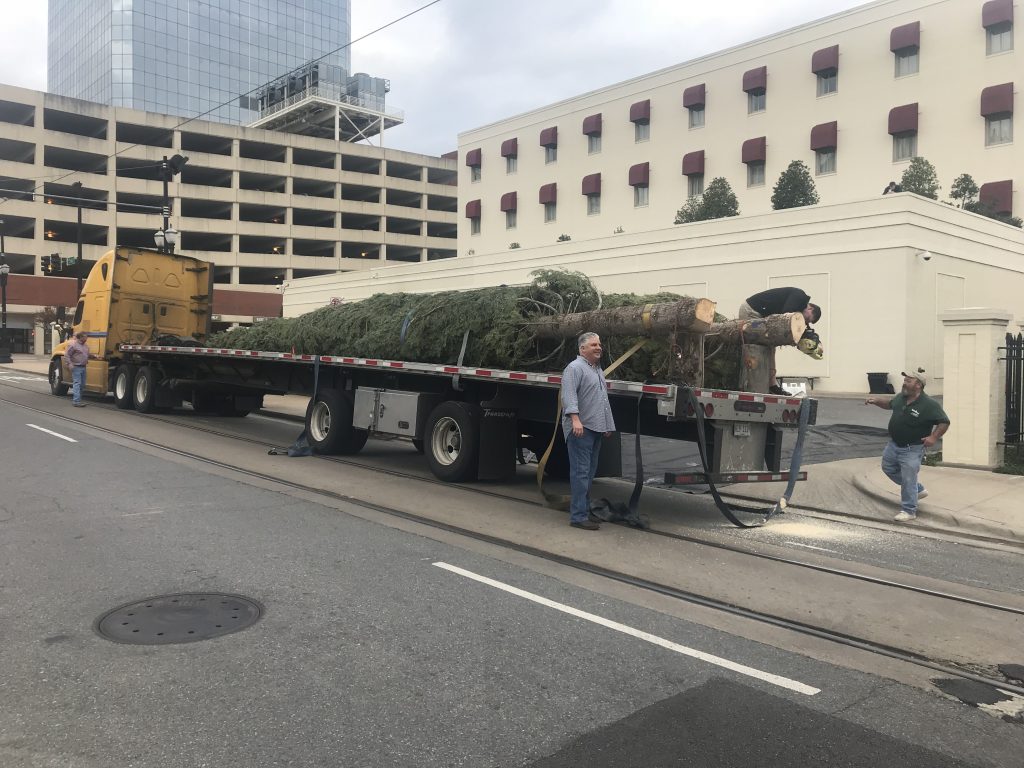 A multitude of people are responsible for bringing Christmas to the corner of Capital and Main in downtown Little Rock this year. “Downtown Little Rock’s first Christmas tree is a labor of love,” says Chris Tanner, owner of Cheers in the Heights and Samantha’s. Tanner spearheaded the effort to get the tree to town.

A white fir located in the parking lot near the intersection, a short distance away from Samantha’s Tap Room & Wood Grill at 322 Main St. is the location of the holiday tree. The tree will be decked out in multicolored LED lights with a topper crafted by Arkansas artist and glassblower James Hayes. “[The topper] will have 18 multicolor spires and will be approximately 5 feet wide,” Tanner says. 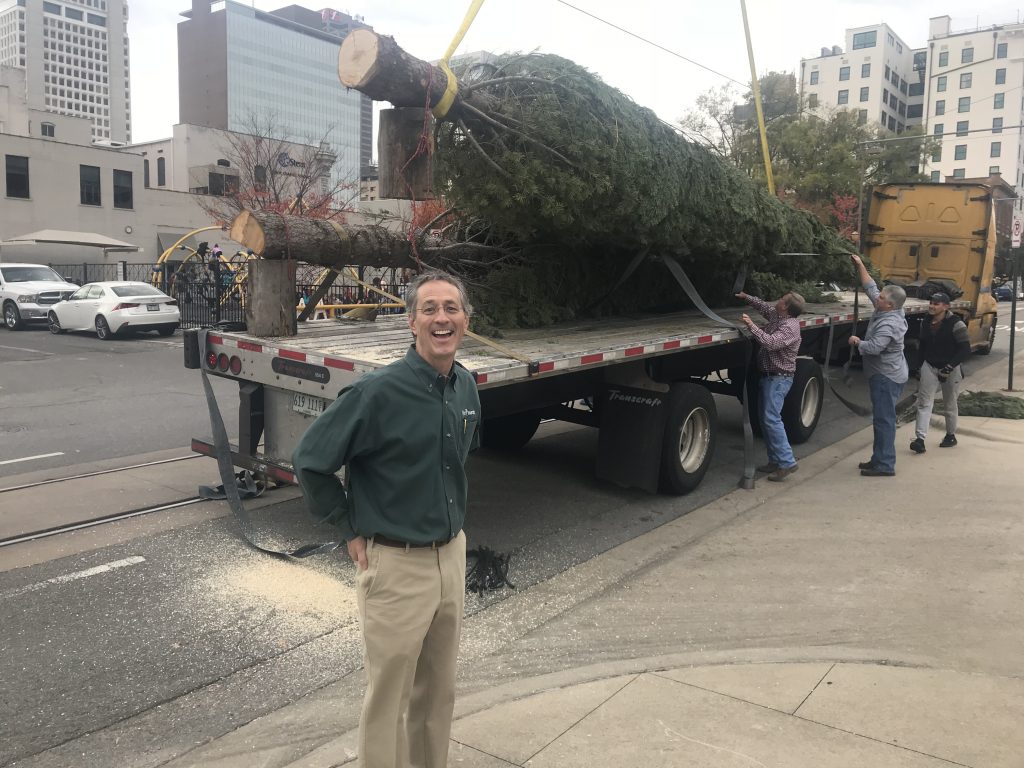 Howard Hurst played an important role in getting the tree from the west coast to Arkansas.

Howard Hurst of Tipton & Hurst also played a role in getting the tree from the West Coast to central Arkansas.

The massive Main Street tree was helicopter harvested from a forest hillside on the Washington-Oregon border, and placed on a truck with trees destined for the Capital Hotel and the Country Club of Little Rock.

After the holiday season, the trees will be cut into sections and donated to the Arkansas Game and Fish Commission, where they’ll be used to create fish habitats, Tanner says.