The Man From Magazine

The Man From Magazine 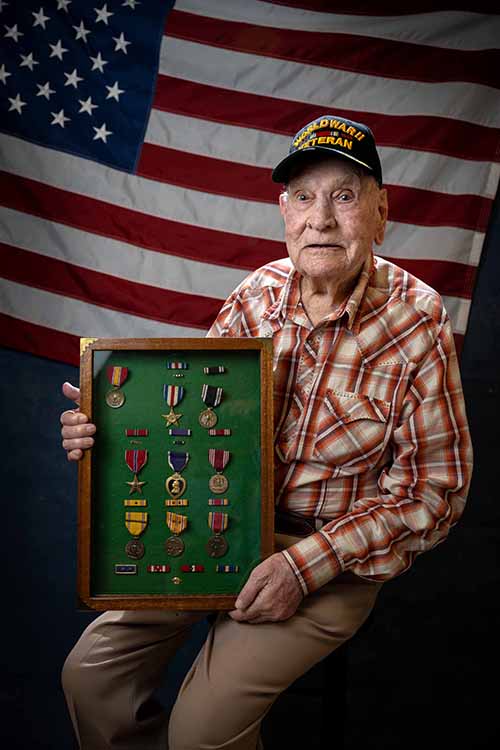 Three steps into Booneville’s Oak Manor Nursing Center yields the signs of renewal. The facility’s main hallway is getting a fresh coat of paint, so workmen have laid down dropcloths and hung sheets of industrial plastic from the ceiling to contain any spatter.

On the other side of this protective curtain, a line of doors studs the corridor walls in taupe and tan, one of which yawns open a few steps to the left, the home of Eustace “June” Roberts. You apologize for being late as he extends his hand in greeting. Traffic was heavier than expected, you say, eliciting a look.

“I sit here every day and look out that damn window at the pretty girls going to their cars,” he said. “I’ve got nothing but time.”

Indeed, it appears time has made its peace with Roberts. Born just up the road yonder in Magazine, he’s rounding the corner on 103 years this month, a significant milestone for anyone but especially for him. A century ago, life was much harder in these parts – harder work, harder to make a dollar, harder to get by. A simpler time, to be sure, but then everything in life is simple when boiled down to its essential elements, starting with the first: Survive another day. And then another. And another. Before you know it, the count reaches 37,621 days and a century-plus has disappeared in the rearview mirror. 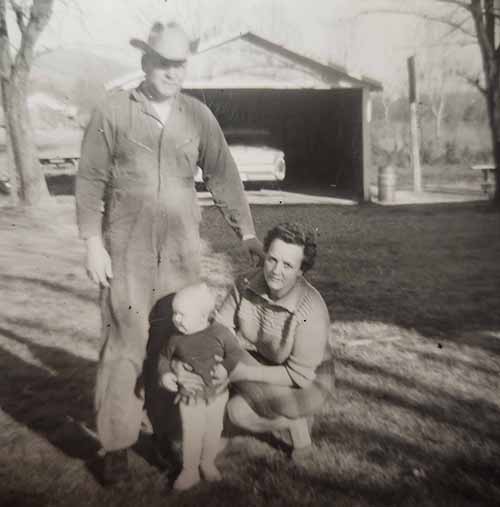 “Michael Morton, he owns this place,” Roberts said, as you examine the proclamation from the Arkansas legislature congratulating him on becoming a centenarian. “He put me on a big birthday, a 100th birthday here out at the back.”

Roberts is the third of Eustace and Mabel Shannon Roberts’ eight kids, seven of them boys. His father was the local veterinarian, which sounds more profitable than it was, given the time and place. 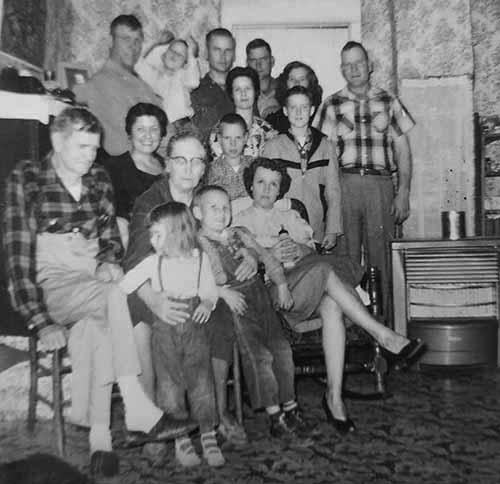 “We was poor as they come,” he said. “Daddy would go out and doctor an old mule and maybe get two or three old hens or maybe some meat for his doctoring. Nobody had no damn money. Nickel was big as a cartwheel.”

The facts of life weren’t spared on the Roberts kids, especially the one about hard work. In addition to his father’s practice, the family lived on raising cotton and corn. Somehow, they got by.

“In our little town growing up, everybody had a damn milk cow, chickens and always killed ῾em a hog or two every year,” he said. “Our family, we killed hogs and killed beef. We raised a hell of a big garden; done a lot of canning. Didn’t have deep freezes and all that stuff.” 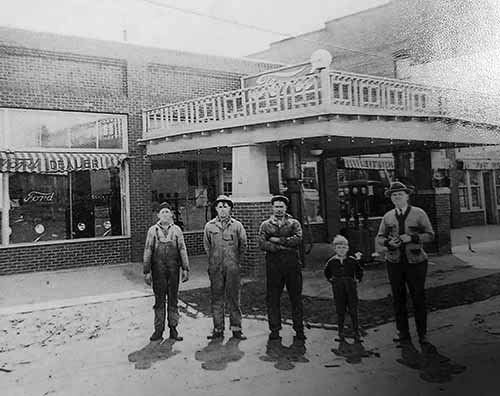 He attended school locally until he had his belly full of it, walking out in seventh grade.

“Not worth a damn,” he said of his academic career. “I hated it.”

“I hung around the garage, and I’d wash cars and stuff. I’d wash a car for a dollar and clean it up. The garage got 50 cents, and I got 50 cents. That was a lot of damn money then.”

By the time he was out of his teens war had come, the tentacles of which reached even the hollers and hamlets of Arkansas’s River Valley. Young men walked away from farms and sweethearts and shops and schoolrooms to join the effort in Europe and the Pacific. In time, they would be known as the Greatest Generation, but in the moment, they were just kids emerging from every corner of the nation. 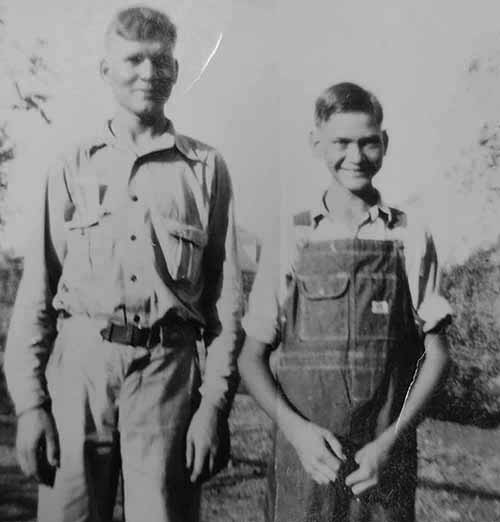 Roberts, at 20, came out from the protective shadow of Mount Magazine to join the Army and enter a world at war, an experience that would test his survival skills like no other.

“My brother just older than me was already at Fort Sill, Oklahoma, getting ready for the damn war,” he said. “My oldest brother joined the Army. My brother that’s younger than me joined the Seabees, and he got blowed off a damn barge over in the islands and sent back home, discharged. My baby brother was in the Navy; he’s out in New Mexico at White Sands. We was all military.”

Every patriot who fought in World War II had a ringside seat to history, and in Roberts’ case, especially so. Enlisting in 1941, he found himself a year later defending the island of Corregidor in the Philippines, where in addition to his duties as a soldier, he served as a mechanic.

“Oh hell, it was a dream when I got over there and didn’t have to do KP,” Roberts said. “Had a Philippine boy to make our bunks and shine our boots. We just went to work and come back. It was wonderful.”

Officially called Fort Mills, Corregidor was a relatively small hunk of rock south of Bataan that guarded the mouth of Manila Bay, a strategically critical port. As such, massive fortification had been built up over the years, including an extensive tunnel network, into which the American forces would dig in.

Sometimes called the Gibralter of Asia, Corregidor was thought to be all but impenetrable. But the value of the natural port it guarded made it a priority for the Japanese looking to capitalize on the devastating damage done to the U.S. Pacific fleet in the Dec. 7 surprise attack on Pearl Harbor, Hawaii. 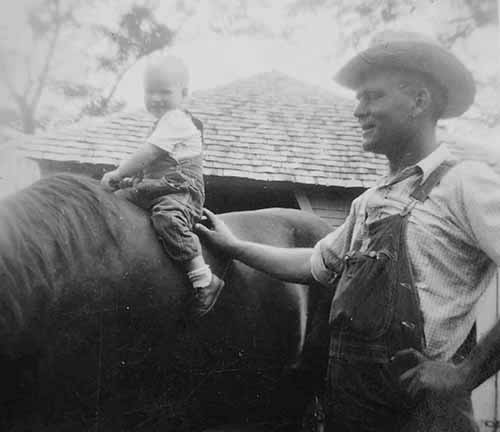 The Japanese assault on Corregidor fell to the 14th Japanese Imperial Army under the command of Lieutenant General Masaharu Homma, according to worldwar2facts.org. It began with a massive bombardment commencing Dec. 29, 1941, and continued unrelentingly throughout the campaign.

By mid-March, President Franklin D. Roosevelt was worried enough about the situation to order Gen. Douglas MacArthur, who’d used the tunnels at Corregidor for his headquarters, off the island to avoid potential capture. MacArthur and his team were evacuated to Australia, where upon landing he delivered one of the most famous lines in history, “I shall return.”

Back in the Philippines, however, the defenders’ days were numbered. Despite on-the-ground heroics that ferociously held off the enemy for nearly two more months, lack of reinforcements and resupply, incessant bombing and Japanese tank assault finally brought the inevitable surrender on May 6, 1942.

The official accounts testify to the American’s courage under fire. Japanese forces lost 900 troops with 1,200 wounded compared to 800 Allied casualties and 1,000 wounded. Still, the fall of Corregidor was a bitter defeat that further wobbled the Allies in the Pacific Theater, as the loss of Manila Bay meant the loss of Asia at that point in the global conflict. Moreover, 11,000 Allied prisoners fell into enemy hands, among them June Roberts of Magazine, Arkansas.

By all accounts, the POW experience at the hands of the Japanese rivaled anything seen on the battlefield in terms of cruelty, suffering and death. Per historycollection.com, the death rate for Western prisoners was 27 percent, nearly seven times that of Allied prisoners held in Nazi Germany or Fascist Italy. In the years following the war, the horrific conditions to which prisoners were subjected would come to light.

Roberts granted several interviews over his lifetime to talk about his experiences as a POW, and these accounts provide a look at the capacity of the human spirit in ways both shocking and resolute. Just getting transported to a Japanese prison camp from the Philippines was dangerous; grossly overloaded vessels nicknamed “hell ships” weren’t marked as carrying POWs and thus were routinely fired upon by their own troops. Roberts once said in a Booneville Democrat article that two POW vessels he was on were sunk beneath him before he finally reached his camp. 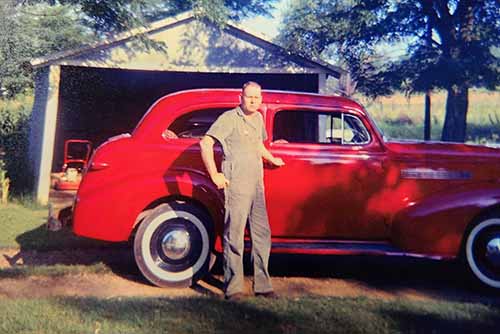 Only a fraction of the prisoners who started the journey from the Philippines lived to see Japan, and among those who did, many died from disease, exhaustion, maltreatment and especially hunger. Roberts told the Booneville Democrat of being issued three small bowls of rice per day, leaving prisoners to supplement their diet anyway they could. Over the course of his captivity, meat from dogs, cats, rats and snakes would allow him to live to see another day.

Roberts was being held in a prison camp 60 miles from Nagasaki when the Allies dropped the atomic bomb Fat Man on Aug. 9, 1945, three days after a similar attack on Hiroshima. On Aug. 15, Emperor Hirohito announced Japan’s surrender, an act made official Sept. 2 aboard the USS Missouri. By then, June Roberts was already on his first leg of the journey home.

According to a 2005 Booneville Democrat article, he was transported by C47 “Jungle Jim” to Okinawa, from which he continued back to the Philippines. There, he passed up several seats on planes headed stateside, responding instead to a ship transport.

“The sergeant wanted to know where in the hell I’d been,” he said in the piece. “I told him I had been hearing [my name called] but I didn’t want to fly.”

Anchoring in Seattle, Roberts caught trains to Chicago, Memphis, Hot Springs and finally home, arriving Halloween 1945. He met his wife-to-be Glenda, a war widow, that very night, and the two married Jan. 31, 1946. The years would bring three sons, stints as Magazine’s mayor, city councilman and volunteer fire chief, and a career from which he retired as shop foreman of the transportation motor pool at Fort Chaffee in Fort Smith. 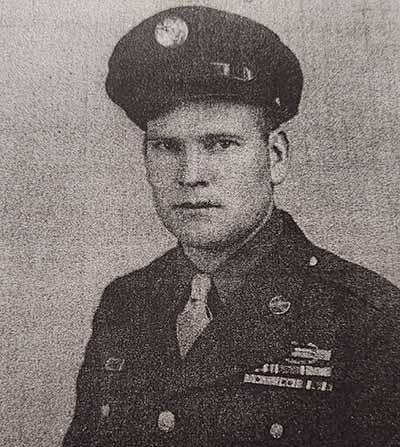 In 1985, after Glenda’s prolonged letter-writing campaign, Roberts got his long-overdue medals for valor, a dozen in all, including the Silver Star, Bronze Star and Purple Heart. At the medal ceremony, held at Fort Chaffee, he was informed that a flag would fly over the U.S. Capitol in his honor. Taking the rostrum, he asked the audience to join him in a moment of silence in honor of that flag and all the MIAs around the world it represented.

Roberts doesn’t talk about the crucible of his wartime experience anymore, figuring if he leaves the ghosts alone maybe they’ll return the favor. He can never fully divest himself of what he’s been through, however, especially when he takes stock of the country he gave so much to defend.

“I’ve lived through the best part of America, and we’re going downhill now,” he said, his voice deep as a coal mine. “Bad problems. We haven’t got leaders with any damn backbone like we had back then. All of them’s up there for the damn money. It ain’t for the country or the people; it’s for the money they can put in their pockets.”

Roberts’ advice for a successful life is simple as the code he lives by. Tell the truth, don’t try to keep up with the Joneses, behave yourself. Having a wife and family to love and be proud of is the greatest of accomplishments as is earning the fidelity of even one true friend. All that, and having a place you can call home, is everything a guy needs in life, even a life as long as his.

He chuckles, then his favorite nurse, Leah Herman, comes in. She gives him a hug, pats his head and reminds him they’re going outside later to soak in the gentle autumn sunshine. The invitation brings his gaze forward; much of his world has shrunk to the size of his window, but most days he likes what he sees. 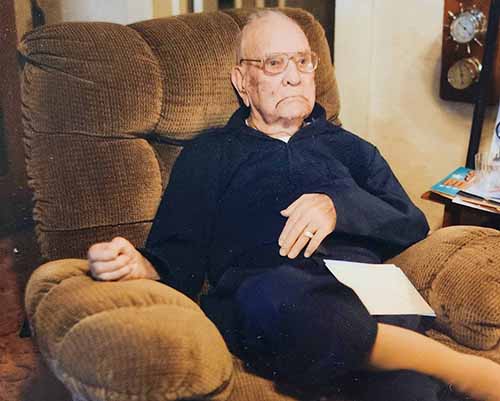 “I’m doing good. I’m wondering what the hell I’m hanging around for. When you’re gone, you’re gone,” he said. “Y’know, I pay this outfit every month to stay here when I could go to Greenwood or to Danville to a veteran-approved deal, and it wouldn’t cost me a nickel. But I want what I want, and I’m able to do it. So, this is where I stay.